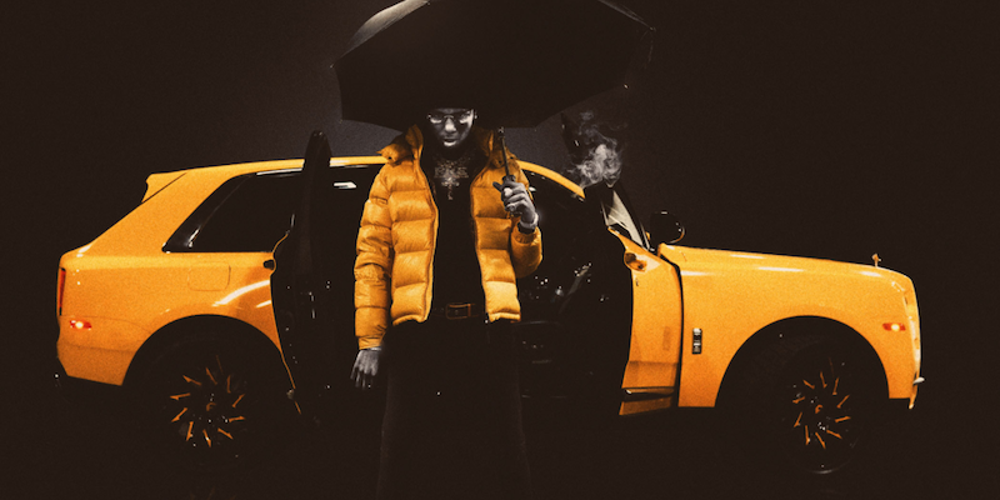 Forged in the fires of South Memphis, Markeyvius Cathey (aka Key Glock) was brought up by his grandmother and great-grandmother; his father was mostly not around, and his mother spent much of his childhood in prison. “It has been times where she in jail and I’m not, I’m in jail and she not,” he once told The Fader with a candor that’s becoming his calling card. His latest mixtape, Yellow Tape, is a street-rap saga peppered with such trenchant insights, narrating the lonely world of a 22-year-old who has been through more bad times than any 22-year-old deserves.

This chronicle begins with Key Glock’s birth. “I came in this world flexin’,” he says on opener “1997” before detailing his reckless existence in what he calls the “trenches.” Over the mournful piano keys and guitar riffs of “What Goes Around Comes Around,” Glock links life lessons from his elders to his dedication to rapping: “My granny told me what’s done in the dark must come to light/I recorded every night, now I got hella ice.” Detailing your come-up is pretty standard street-rap fare, but Glock’s rich use of language and slyly spiritual edge distinguish him.

To be sure, Yellow Tape is a brutal record, lyrically and musically. You won’t find a viral hit or lame commercial compromise; there are zero guest rappers diluting Glock’s energy. Even “Amen,” the album’s most obvious reference to faith, finds Glock calling on God not for moral guidance, but to give thanks for his expensive chains, cars and the strength to turn the blocks where his enemies roam into “a morgue.” This autobiography has no sentimental moments.

Production is mostly handled by a group of rising beatmakers who serve up moody instrumentals rippling with muscle. Sledgren’s horror-movie orchestration scores a drug-slinging tale on “Mr. Glock”; traditionalists will delight in hearing the young rapper reference old Snoop Dogg bars over BANDPLAY’s hard-hitting drums and swampy bassline on “Dough.” On “Crash,” Glock teams up with seasoned pro Southside, using vocal processing effects to render his voice dank and spectral. As a rapper, Glock’s accent is identifiably Memphis, if not quite the thick drawl of regional forefathers Three 6 Mafia. But like Juicy J, he can be a walking hook machine, coating every bar on songs like “Flyest Highest Coolest Smoothest” with swagger.

Glock does have some growing up to do. It’s fair to say that there are occasions when his similes can sound off the shelf—there’s countless references to not letting a woman get between him and his money. But these are small grumbles in a grand scheme. A focused vision of what Glock is capable of, Yellow Tape is a work of wicked truths and unfiltered confidence, a book of genesis that feels like a post-mortem.