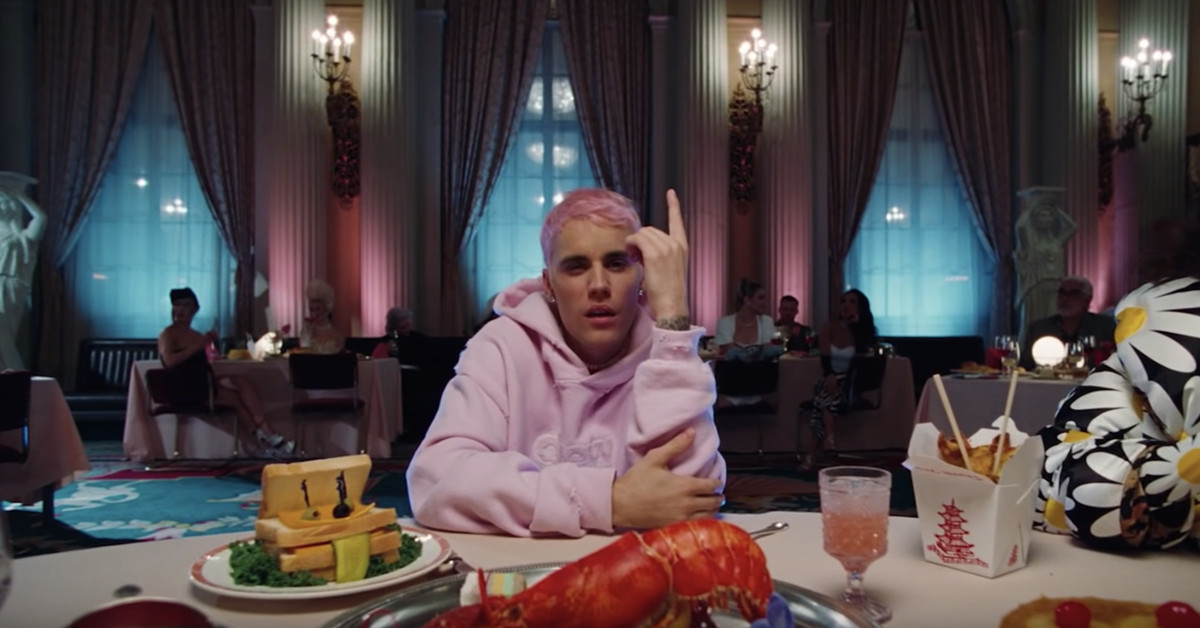 Musicians know that a TikTok hit can make them a star. But as mainstream artists like Justin Bieber try to manipulate their singles into viral TikTok sensations, the process of trying to force something to go viral is becoming increasingly cringe-inducing.

Bieber’s done quite a bit to promote his single “Yummy” on TikTok, but everything came to a head Sunday night. Bieber alerted fans on Instagram yesterday to a Super Bowl campaign with Chipotle that would take place on TikTok during commercial breaks. Bieber teamed up with some of TikTok’s biggest personalities to “create content [for Chipotle] to go along with ‘Yummy,’” the singer’s most recent single. He later uploaded a TikTok compilation video to his YouTube channel.

This isn’t the first time Bieber has tried to use TikTok to increase the popularity of his song, either. He joined TikTok when “Yummy” first launched, introducing himself to the new social hub of teens everywhere in an effort to let them know: I have a new song. There are videos of him sitting in bed shirtless, nodding his head to “Yummy” as it plays in the background; videos of him shirtless, eating in bed, as “Yummy” plays; and a video of Bieber caressing his mustache in bed as “Yummy” plays, but this time with a shirt on.

To say that his blatant attempt to make “Yummy” the next “Old Town Road” is as transparent as Saran wrap would be an understatement. Here’s what The Guardian wrote about “Yummy” when it was first released:

Bieber joined the lipsyncing social network on the day of Yummy’s release, and its chorus seems designed purely for Gen Z-ers in yoga pants to spoon frozen acai into their mouths while miming along to the word “yummy”.

Bieber doesn’t need TikTok to make “Yummy” a success. He has more than 126 million followers on Instagram, 108 million followers on Twitter, and 50 million subscribers on YouTube. “Yummy” is practically a guaranteed success. The Guardian noted the bigger issue with Bieber’s attempt to hijack success on the app is that he’s appealing to a “generation grown on highly sophisticated, multilayered internet culture [that] can detect bullshit a mile off.” Yummy is so “eager to go viral that it almost certainly won’t.”

Songs going viral on TikTok have led to massive success for musicians. Most notably, Lil Nas X’s “Old Town Road” partially found its viral success after becoming a popular TikTok song and dance. The difference is that Lil Nas X didn’t intend for it to become the phenomenon that it did; that was all TikTok’s doing as a community. “Old Town Road” was just catchy enough, just new enough, and just weird enough that people clasped onto it.

Record labels watched how TikTok launched the careers of various artists, and started working with their musicians to cater directly to TikTok. Bieber has tried to figure out how to use his song to support videos on TikTok, instead of relying on the song itself to be the content people come for, like they would on YouTube. The Ringer reported in December that TikTok’s separate music division “now regularly meets with artists and celebrities to offer tips on how to excel on the platform.”

Before celebrities and musicians tried to find a new audience on TikTok, they did so on YouTube. Artists launched official channels to upload music videos and behind-the-scenes tour clips. Unlike TikTok, however, YouTube favors music videos and celebrity uploads, dropping them in an easy-to-browse-through Trending list. While it’s likely that celebrities will end up on TikTok’s “For You Page,” there’s a chance that swaths of people won’t see their videos thanks to the algorithm.

TikTok isn’t YouTube. Mike Caren, CEO of Artist Partner Group, told Rolling Stone that TikTok is too vast and dominated by user-generated content to make it the entire reason a song becomes big, but noted that it’s certainly become “the wood in the fire” to help a song find success. The best way to have a song go viral or become a moment on TikTok is to embrace the weirdness. People on Twitter have called out Bieber for using TikTok to only promote “Yummy” and not participate in the app’s actual culture of eclectic video making.

Comparatively, the cast of Riverdale are on TikTok, and they use it to post the type of memes that TikTok fans like. Actors KJ Apa and Cole Sprouse will often upload videos of themselves performing popular TikTok memes or making dumb faces at each other. They leaned into their friendship and goofing around — the qualities that make TikTok a fun platform for so many people — and it’s helped them develop content that feels natural, and in turn indirectly promote their show.

This isn’t a Bieber problem, but it is a sign of where things are going. Back when Will Smith, Kevin Hart, Dwayne Johnson, and Tom Brady joined the platform, it was a sign that TikTok finally entered the mainstream. Bieber, a leading musician who was once an unstoppable force of nature around the world, seemingly attempted to reverse engineer a song for viral success on an app less than two years old because that’s how crucial he sees TikTok as to his career right now.

It might work. It might not. “Yummy” isn’t a massive meme yet. But every time a musician like Bieber tries to use TikTok as a marketing platform instead of a place for fun videos, TikTok loses a little bit of its weird.