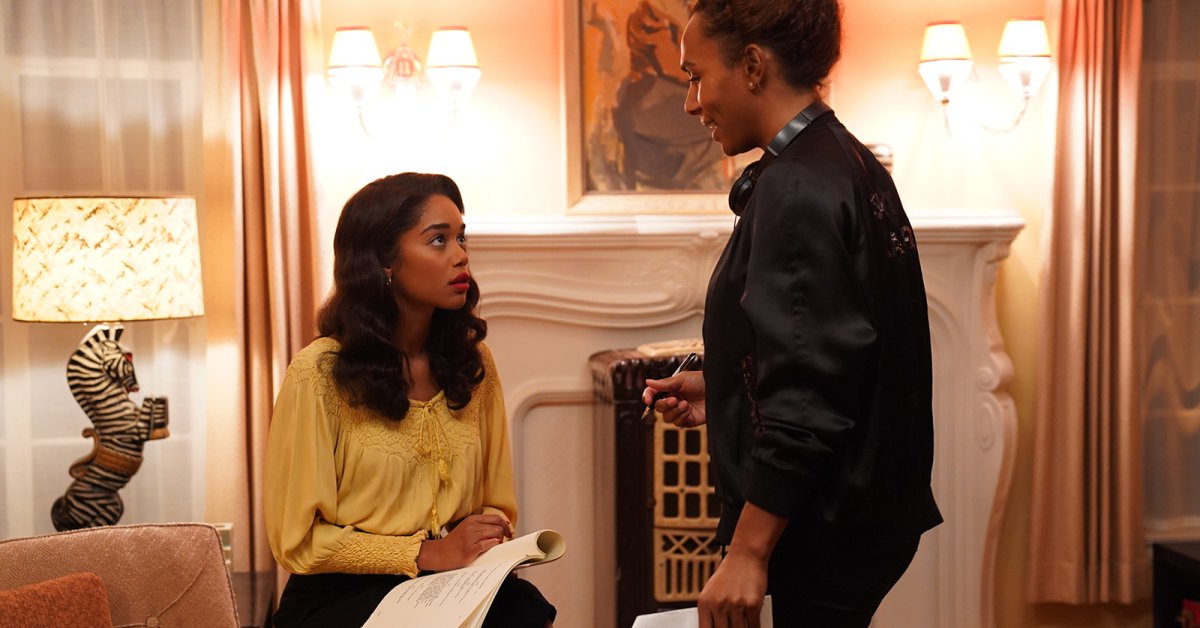 TV is a constant presence in my home, as is the case with most Americans. According to Nielsen research, U.S. adults now spend almost six hours per day watching TV. Honestly, I spend more time with my television than I do with friends and family. Sitting on my couch with popcorn and gummy bears observing the lives of others unfolding in front of me is one of my most intimate interactions. We welcome people like us, and unlike us, into our homes. They show us what it means to be human, to love, to struggle and to dream. Television commands our attention. Sure, it’s entertainment, fun and flashy, fast-moving—but it’s also a highly effective communication tool. TV shows us who we are, where we stand as a society and how far we must go to reach equality for all.

Studies have shown that television, just like one’s community, church and schools, helps us form ideas about our world, shaping our attitudes and beliefs. What we see on TV can introduce us to people of all colors, communities and classes, shifting consciousness and moving people to action. Many activists credit Will & Grace with laying the groundwork for marriage equality and The Mary Tyler Moore Show with boosting the feminist agenda and single working women. News coverage of civil rights protests swayed public opinion in favor of the cause of racial equality, while Julia, Good Times and Roots helped show white America what it means to be black in America.

Television requires us to welcome characters into our homes on a daily or weekly basis, increasing tolerance, understanding and empathy. I’ve seen this impact firsthand, having written and directed for Pose, a Golden Globe– and Emmy-winning drama series featuring a trailblazing cast of transgender heroines. I’ve heard viewers from around the world gush over how the series moves them—how these low-income LGBTQ characters of color, existing in the 1980s at the height of the HIV/AIDS epidemic, gave them a window into the universal struggle to be free: free to live as yourself, and free to love whom you want. As a black trans woman who spent her youth searching for reflection, finally, with Pose, I saw myself vaunted and dignified on a familiar screen. Those images assured me that my life mattered.

Step Into History: Learn how to experience the 1963 March on Washington in virtual reality

After POSE’s second season, my mentor and frequent collaborator Ryan Murphy offered me an opportunity to time-travel to the gilded age of Hollywood to rewrite some wrongs. He pitched me his newest Netflix limited series, Hollywood, co-created with Ian Brennan, which puts a cast of outsiders, gay people, women over 40, sex workers and people of color at the center of a major Hollywood production set in 1947—just one year after Disney released its racist Song of the South, and seven years after Hattie McDaniel made history as the first black actor to win an Academy Award. We spun a fable about a neglected housewife (Patti LuPone) stepping into power as a studio chief. She greenlights a movie by a gay black writer (Jeremy Pope), starring a black woman (Laura Harrier) who is not a domestic worker or a club singer, but the heroine.

As we looked to the past, aware of just how broken it was, we realized television gave us an opportunity to imagine what equality could have looked like then, presenting a new vision for the future by centering those pushed to the margins. As we wrote, we asked: What would Hollywood be today if, six decades ago, the powers that be looked like us, and the people onscreen were given an opportunity to be seen in their totality? That question became our compass, allowing us to tell a revisionist history of what we wished Hollywood could be, fully utilizing the platform’s powers for good. And in grappling with that question, we found ourselves examining a culture that too often overlooks the contributions and accomplishments of people of color, a culture that persecutes those who don’t share our beliefs and shuts out gender and sexual minorities.

Television has the power to offer millions a gateway to better understand and fight for one another. It’s only in the act of spending time with each other—which can happen on our screens—that we better understand the fight ahead of us: to ensure that we are all included in the American story.

Hollywood premieres May 1 on Netflix

This article is part of a special project about equality in America today. Read more about The March, TIME’s virtual reality re-creation of the 1963 March on Washington and sign up for TIME’s history newsletter for updates.

Sign up for Inside TIME. Be the first to see the new cover of TIME and get our most compelling stories delivered straight to your inbox.