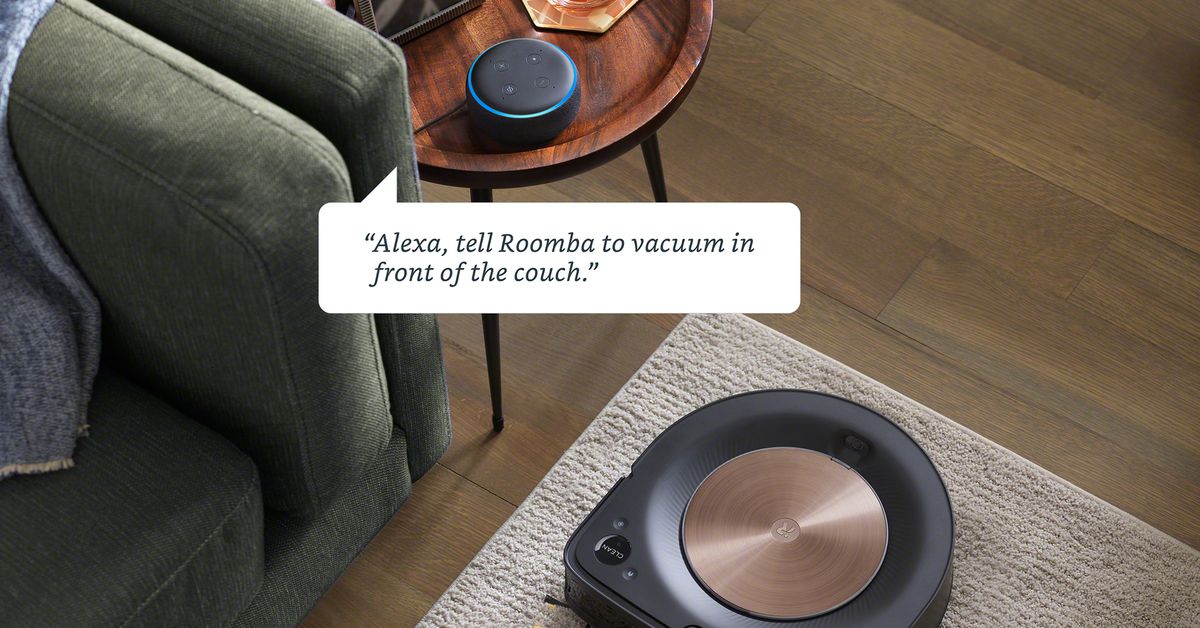 iRobot is announcing what it’s calling the biggest software upgrade to its robot vacuum cleaners since the company’s inception 30 years ago: a new AI-powered platform known as iRobot Genius Home Intelligence. Or, as iRobot CEO Colin Angle describes it: “It’s a lobotomy and replacement of the intelligence systems in all of our robots.”

The new system is part a big shift in how iRobot develops its wares, Angle tells The Verge. As robovacs become commodity goods, available for less than $200 from many vendors, iRobot wants to move up the value chain, differentiating itself from lower-tier rivals with sophisticated software. What that means, says Angle, is a robot you can really control.

“Imagine you had a cleaning person come to your home and you couldn’t talk to them,” he says. “You couldn’t tell them when to show up and where to clean. You’d get really frustrated! And it’s the same thing going on with the robots.”

This was what early robot vacuum cleaners were like, says Angle. You pressed a button and they did the job, for better or worse. With AI, though, users can be more specific about what they want. “Autonomy does not equal intelligence,” he says. “We need collaboration.”

The company has been traveling down this path for a while now, adding capabilities to its robots like a mapping feature in 2018. This allows compatible Roombas to create a map of your home, which users can label with specific rooms and direct the robot to clean on demand. The Home Intelligence upgrade, which includes a redesign of the iRobot app, will enable even more specific spot-cleaning. iRobot claims this is exactly what people want at a time when they’re stuck indoors and more likely to notice small messes throughout the home.

Not only will compatible Roombas map your home, they’ll now use machine vision and built-in cameras to identify specific pieces of furniture in your house, like couches, tables, and kitchen counters. As the robot logs these objects, it’ll make suggestions to the user to add them to its internal map as “clean zones” — specific areas of your house you can direct your Roomba to clean, either via the app or a connected digital assistant like Alexa.

“So right after the kids eat is the perfect time to say ‘clean under the dining room table,’ because there’s shrapnel everywhere under there, but you don’t need to clean the whole kitchen,” iRobot’s chief product officer, Keith Hartsfield, tells The Verge.

In order to create these machine vision algorithms, iRobot collected tens of thousands of images from inside employees’ homes, to learn what furniture looks like when you’re scooting around the floor. “If your robot is collecting this data it has a bright green sticker on, so you don’t forget and start wandering around with no pants on,” says Angle. He boasts that the company’s fleet of data collecting vehicles is “probably second only to Tesla’s.”

This functionality will be supported by a range of new features. In addition to “clean zones,” Roombas will also identify “keep out zones.” If the robot keeps on getting stuck on a tangle of cables under your TV stand for example, it’ll suggest to users to mark this as a keep out zone to avoid in future. As with clean zones, these areas can be customized in the app.

Event-based automation will also be an option. If you want your Roomba to do a quick vacuum when you leave the house, you can connect the app to an August smart lock or a location service like Life360. When you walk out the front door, it’ll know to start cleaning. Other new features include customizable pre-set cleaning routines, recommended cleaning schedules based on users’ usage, and seasonal cleaning schedules, such as more frequent vacuuming when a pet is shedding or during allergy season.

These features won’t be available equally to every Roomba, though. Only those which support mapping features will be able to set up specific zones and suggest new cleaning schedules (that includes the Roomba i7, i7 , s9, and s9 , and the Braava jet m6 robomop). Other features like event-based automation and favorite cleaning routines will be available to all other Wi-Fi connected Roombas.

A key motivation for creating these functions is a metric iRobot calls “mission completion,” referring to the frequency with which a customer’s robot leaves its dock, cleans, and return successfully. Sometimes a “mission” is aborted because of a technical failure, but the company says the number one reason it’s interrupted is because a human stops it.

“That means the robot came out like it was supposed to and annoyed somebody and they killed it,” says Angle. “We want to keep the robot alive, and for that we needed smarter ways to activate, when it’s less likely to annoy the occupants of the home. That was the mission.”

One challenge for the company when delivering more control and customization is how to avoid spooking customers about privacy and data collection. When Roombas first began mapping homes, there was a brief scare that iRobot might sell this data. The scare was caused by a misquotation, but the coverage illustrated the anxieties surrounding smart gadgets. Roombas’ new object recognition capabilities may trigger similar worries.

Angle is keen to reassure customers that their data is private. Any images captured by iRobot’s vacuums never leave the device and are not even stored for more than a few seconds. Instead, they’re converted into abstract maps. The company encrypts the robot’s software, making it harder to hack (and turn your Roomba into a mobile spy), but Angle says even if an attacker did break in to a customer’s device they’d find nothing of interest.

“If someone stole the data all they’d know is that you have a room called ‘kitchen’ and something in it called a ‘kitchen table,’” he says. “Our goal is that anyone ever hacks us they’ll be profoundly disappointed.”

For the users themselves, though, Angle promises the best is yet to come. He says this is just the start of iRobot building out its Roombas’ AI features. “If you think this is cool and you like the direction, it’s just the beginning of the journey,” he says.