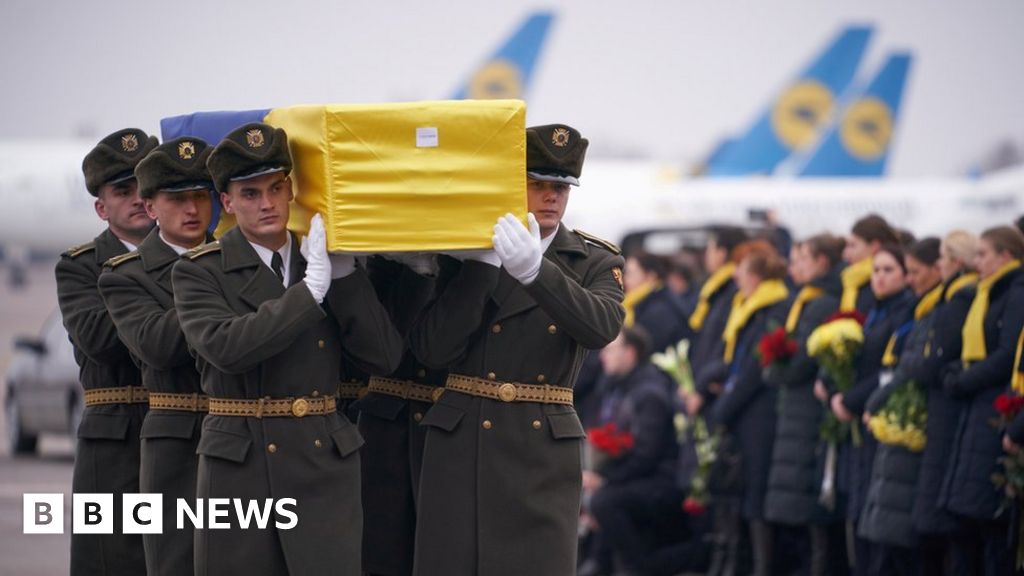 Iran has ceased co-operation with Ukraine in its investigation into the downing of Ukrainian passenger jet PS752 by Iranian missiles last month.

It comes after leaked remarks suggested Iran knew immediately that it had struck the plane.

Ukrainian TV aired an exchange between air traffic control and a pilot who was landing as the jet crashed.

The Iranian pilot allegedly states he saw a flash like missile fire in the sky, and then an explosion.

Iran initially denied responsibility for the downing on 8 January that killed 176, but Ukraine’s president said the conversation proved the country knew the flight had been hit by a missile.

At the time Iran was on high alert, having fired ballistic missiles at two US bases in Iraq in retaliation for the killing of top Iranian general Qasem Soleimani in a US drone strike in Baghdad.

“We will no longer provide any documents to the Ukrainians,” the head of the Iranian investigation team, Hassan Rezaeifar, told Iranian news agency Mehr on Monday.

In the aftermath of the incident, Iran agreed to co-operate in investigating with “foreign experts”.

There are clearly tensions over the conduct of the investigation, the BBC’s correspondent in Ukraine Jonah Fisher explains.

Ukraine wants to look at the black box flight recorders. Iran has been stalling for weeks and is insisting on trying to extract the information in Tehran, he adds.

What’s in the leaked recording?

The recording is of a conversation between an Iranian pilot who was landing shortly after the doomed Ukrainian passenger jet took off, and the control tower in Tehran.

In an audio clip published by a Ukrainian YouTube channel, the Aseman Airlines pilot says he is seeing lights in the sky ahead.

“Is this an active area? There’s lights like a missile. Is there anything?” he says.

“Nothing has been reported to us. What’s the light like?” the controller replies.

The pilot says: “It’s the light of a missile.”

The control tower is then heard trying to contact the Ukrainian plane several times, without success.

After a few minutes, the Iranian pilot tells the control tower he has just seen a “big light from an explosion”.

When politics and air investigations collide

The country where a plane crashes is usually responsible for leading investigations, but political interests can get in the way.

In 2014 a missile hit flight MH17 over eastern Ukraine at the height of conflict between Ukrainian troops and Russian-backed groups.

Both sides blamed each other for the disaster which killed 283 passengers.

The Netherlands, which lost 193 citizens, commissioned three investigations, and in 2018 a joint team concluded the plane was downed by a Russian missile.

In 2015 Egyptian and Russian officials disagreed on the causes of the Russian Airbus 321 crash in the Sinai peninsula which killed 224 people.

It wasn’t until 2016 that the Egyptian president acknowledged the Russians’ conclusion that Islamic state militants were behind the disaster.

And sometimes airlines are reluctant to admit they may be at fault.

A Yemenia Airways crash en route to the tiny Comoros Islands in 2009 was blamed on pilot error by French and US officials.

But Yemenia Airways, which had been accused previously of poor safety, rejected the findings and demanded further readings of the plane’s black box.