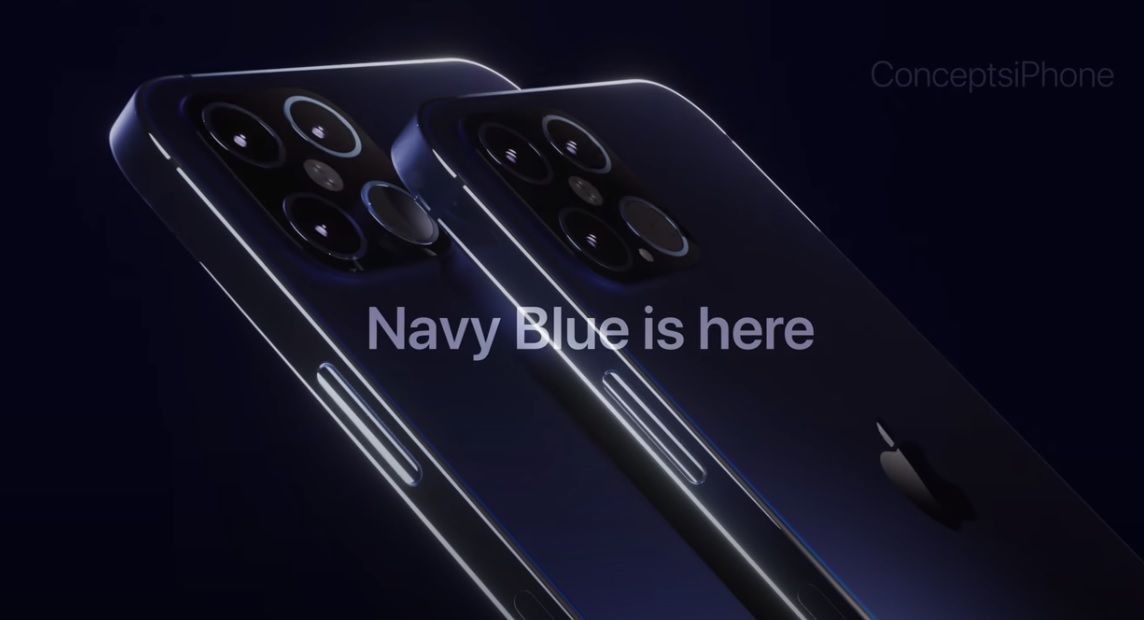 So far iPhone 12 rumors have been teasing what we could expect from the next iPhone’s display and rear-camera array. But one that’s been flying under the radar is that a navy blue iPhone 12 could be in the works.

ConceptsiPhone has rather handily mocked up a video showing what the iPhone 12 Pro could look like clad in navy blue along with all of the expected features for Apple’s next flagship. And it’s now the color we want for the next-generation iPhone.

While you have the likes of the OnePlus 8 Pro and Samsung’s Galaxy Note 10 Plus sporting rather flashy color options, especially with the latter’s iridescent Aura Glow colur option, the iPhone has tended to play the color schemes a little safer.

Sure, we’ve seen rather attractive gold and Midnight Green options for the iPhone 11 Pro. And the iPhone 11 comes in four candy-like hues. But think “iPhone” and you’ll likely see a sliver or Space Grey phone in your mind’s eye.

So a navy blue flagship iPhone 12 would certainly mix things up a little. And we feel it’s an ideal color to go with the iPhone 12’s design, which will supposedly draw inspiration from the flat metal edges of the iPhone 5.

That promises to give the next iPhone a sharper aesthetic that harkens back to the industrial design that catapulted earlier iPhones into the stratosphere and made them very difficult for the likes of Samsung to catch until, arguably, the Galaxy S6 arrived.

The video also shows off some of the other features we expect from the iPhone 12 Pro. This includes a smaller notch on the display, as well as a 120Hz refresh rate and a 10-bit screen that supports up to a billion colors.

You’ll also see four cameras on the back of the iPhone 12 Pro, including an ultra-wide shooter and a powerful zoom lens to go along with the main wide camera. Plus, there’s a LiDAR scanner, which will be used for augmented reality applications.

This iPhone 12 Pro feature teases other rumored features, including a powerful new A14 Bionic chip, as well as 5G connectivity. Overall, the iPhone 12 Pro in this concept looks pretty realistic, and we can see the navy blue hue being a hit with shoppers this fall when the phone launches.