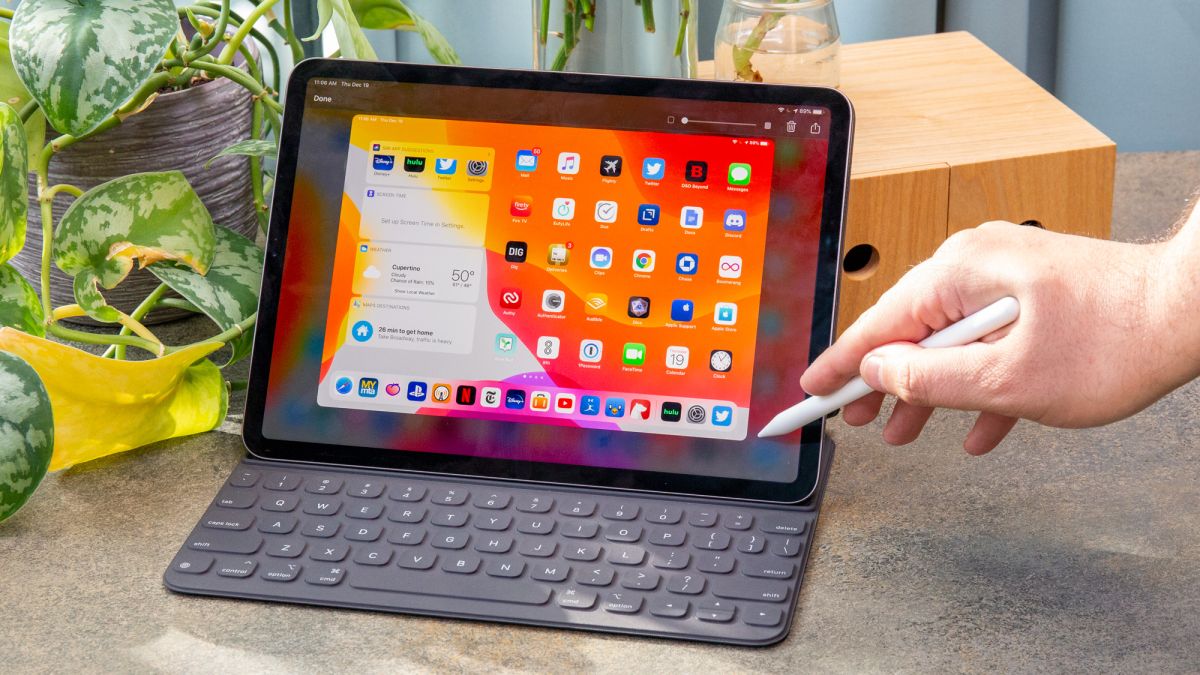 The 2020 iPad Pro might get an unexpected — but oft-requested — new feature. Apple could be ready to finally add the one accessory some have been begging for: a keyboard with a proper touchpad.

This news comes via a report published by The Information, which credits its scoop to “a person familiar with the matter.” Apple’s already preparing “mass production” of the keyboard accessory, working with the well-known Taiwanese contractor Foxconn Technology.

The touchpad won’t come gratis, of course, but as a part of an iPad keyboard accessory. In particular, though, the touchpad-equipped iPad keyboard will be released alongside the iPad Pro, keeping the regular $329 iPad more in the world of a casual tablet, and not a laptop replacement.

This update to the iPad’s keyboard sounds a lot like the Brydge Pro+ keyboard, which has a touchpad of its own. The iPad gained a bit of productivity prowess with 2019’s iPadOS, which forked iOS and enabled better multitasking.

We’re still waiting on a 2020 iPad Pro with a trio of rear-set cameras for AR tricks and other features. A 5G iPad Pro is also expected to arrive this year, with a faster CPU.

Such an update is only one half of the innovation and evolution the iPad needs, if you ask me. iPadOS still limits apps to work within themselves, when often times desktop-caliber apps simply work better because some apps are more powerful together, which streamers and podcasters know all too well.

Developer Steve Troughton-Smith had the first bit of a rumor about increased keyboard support in a Feb. 26 tweet that said “iOS 13.4 is most definitely a ‘keyboard release’: … If there’s a new iPad coming in a March event, no prizes for guessing Apple will have a keyboard story to pitch. A shiny new Smart Keyboard seems a given.”

He did follow that up with something that doesn’t jibe with The Information’s report: “so if they did happen to add a trackpad to the next Smart Keyboard, there’s no sign the OS is being prepared to better work with it.”

If the iPad Pro does get a touchpad, it would be a better alternatives like the MacBook Pro but also to the Microsoft Surface Pro, whose keyboards have come with a touchpad from the very beginning.