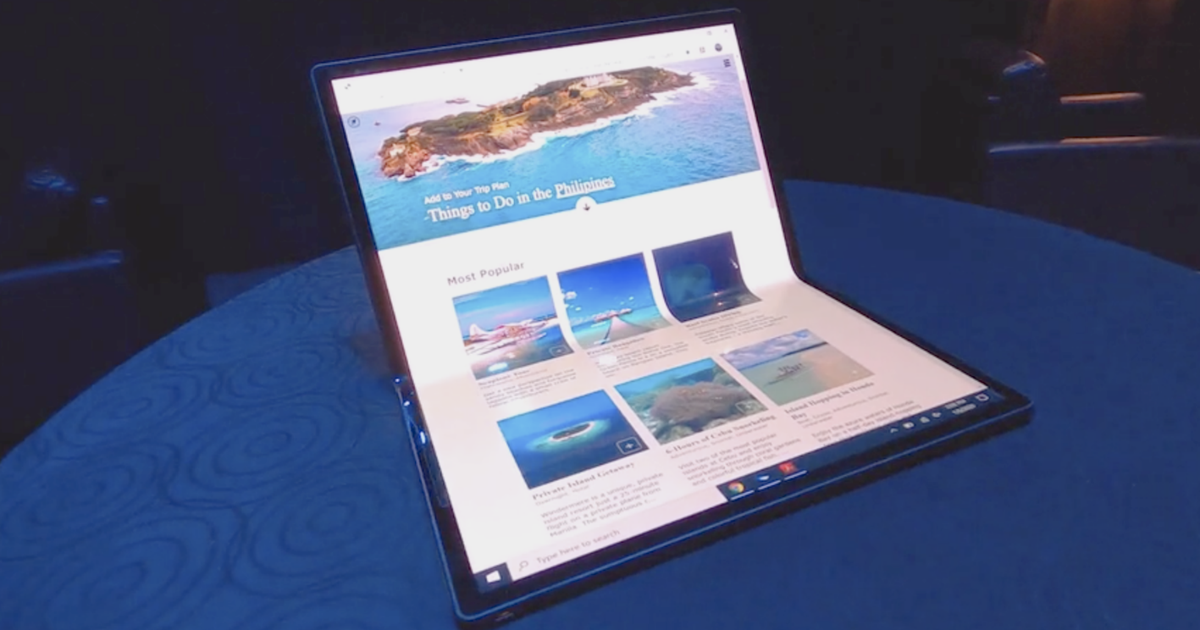 Forget about foldable phones, 2020 might be the year of the foldable laptop. At this year’s CES, which just kicked off in Las Vegas, Lenovo launched the ThinkPad X1 Fold, a PC with a foldable display.

And now, Intel has followed up with the Horseshoe Bend, a concept PC with a foldable OLED display that can switch between a 12-inch laptop and a massive, 17.3-inch tablet.

The laptop is based on Intel’s Tiger Lake processors, which are launching later this year — and that’s about all we know regarding its specs. This isn’t surprising, since it’s a concept device that might not soon (or ever) hit the stores, especially in this exact form.

It looks absolutely gorgeous — check out the video above — with smaller bezels and overall nicer design than Lenovo’s ThinkPad X1 Fold.

Intel did introduce one clever concept with the Horseshoe Bend: a detachable, wireless keyboard that “fits seamlessly into the device when folded.” This is smart: no matter how nice the screen is, typing on it isn’t nearly as comfy as typing on a standard keyboard.

I don’t really expect Intel to launch the Horseshoe Bend as an actual device, but the tech that went into it will likely materialize in the form of Intel-based, foldable PCs from other manufacturers, probably as soon as this year.