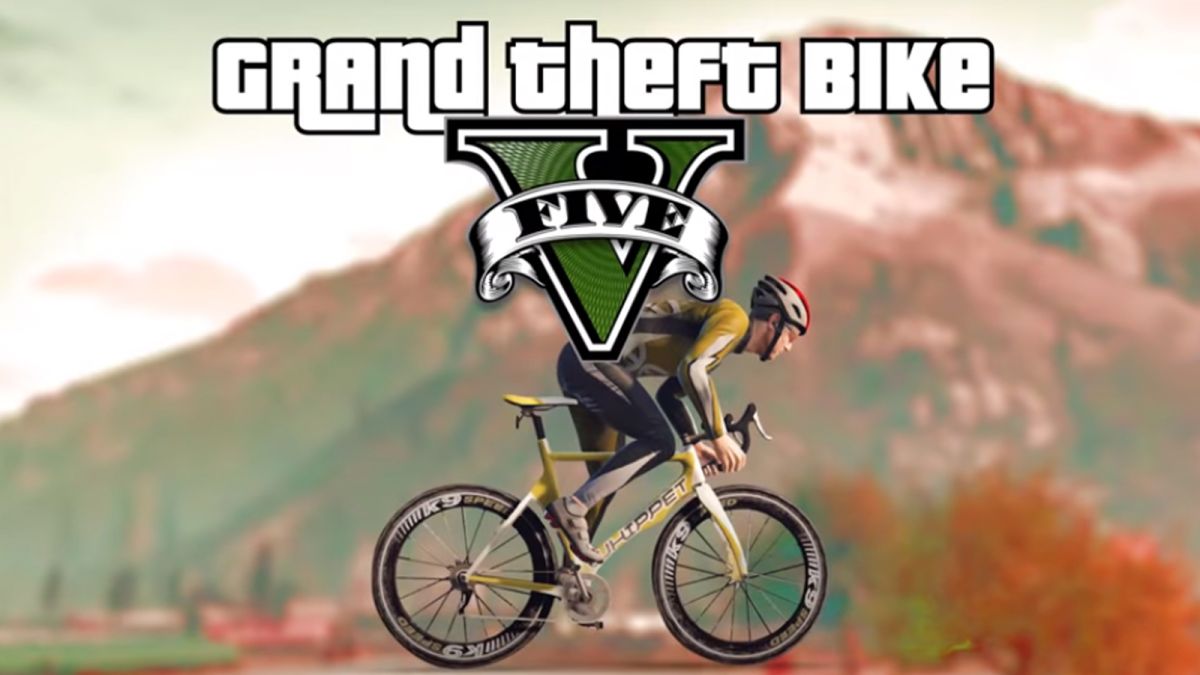 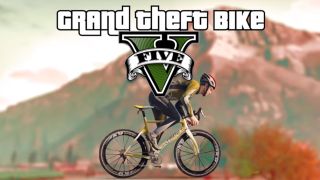 This year has got off to a pretty peculiar start, hasn’t it? The majority of the world’s population has spent months in various forms of lockdown as a result of the COVID-19 pandemic, Rohan Dennis beat Chris Froome up a mountain and Greg Van Avermaet won the Tour of Flanders without leaving his living room. Riders were forced to get creative on social media, and best of all, Nathan Haas gave us a rendition of Backstreet Boys.

Well buckle up, it’s about to get weirder.

Thanks to a new GTA V mod, you can now combine indoor training with a drive-by shooting, by controlling your Grand Theft Auto game using an ANT+ enabled smart trainer.

As a result of coronavirus, many countries have imposed lockdown measures that restrict outdoor exercise. As a result, indoor cycling boomed and apps such as Zwift, Rouvy and TrainerRoad saw record numbers as riders looked for entertainment whilst pedalling nowhere. However, the mod’s creator, “Makinolo”, decided against riding in Watopia, in favour of Los Santos – the fictionalised version of Los Angeles, the world in which Grand Theft Auto V lives.

“GTBikeV is a mod for GTA V that turns a Smart Bike Trainer, or turbo trainer, into the game controller, making your game time actual training time,” explains the mod’s description.

The description goes on to explain that, like other indoor cycling apps, the game listens to the ANT+ signal from the best turbo trainers and applies it to the in-game vehicle to control its speed. It also sends the gradient, terrain, and wind to the turbo trainer in order to replicate the terrain.

Conveniently, the mod also produces a .FIT file, so once you’ve finished building your criminal empire, you can upload it to your chosen training app, because if it isn’t on Strava…

While it is possible to steer your character using a controller or keyboard, the mod also features an auto-drive feature, which applies the ‘best driving skill’ to your character.

Should you wish to follow a specific course, three are available: The first is the mostly-flat, half-gravel route called Alamo Sea, which is 10km in length. The second takes you through Los Santos hills, which is a – perhaps unsurprisingly hilly – 16km loop. The longest of the three is 30km of rolling terrain called Tour of Los Santos.

If you’re bored of following predefined courses, however, then you can free-roam the world of Los Santos – one of the most comprehensive gaming worlds ever created and considerably more immersive than today’s crop of indoor cycling apps could offer.

There are detailed installation instructions from the original creator here, as well as a handy how-to on YouTube from Chris Pritchard:

Is it actually any good?

It’s far from refined (perhaps obviously). Various gameplay videos showcase plenty of examples of imperfection, such as the tendency to be run over while steering yourself. However, should you give it a go? If you’re looking for something different to the world of Watopia and you’re suffering Netflix burnout, why not!

Just remember to keep to pedalling in the real world, and leave the peddling to the virtual you.