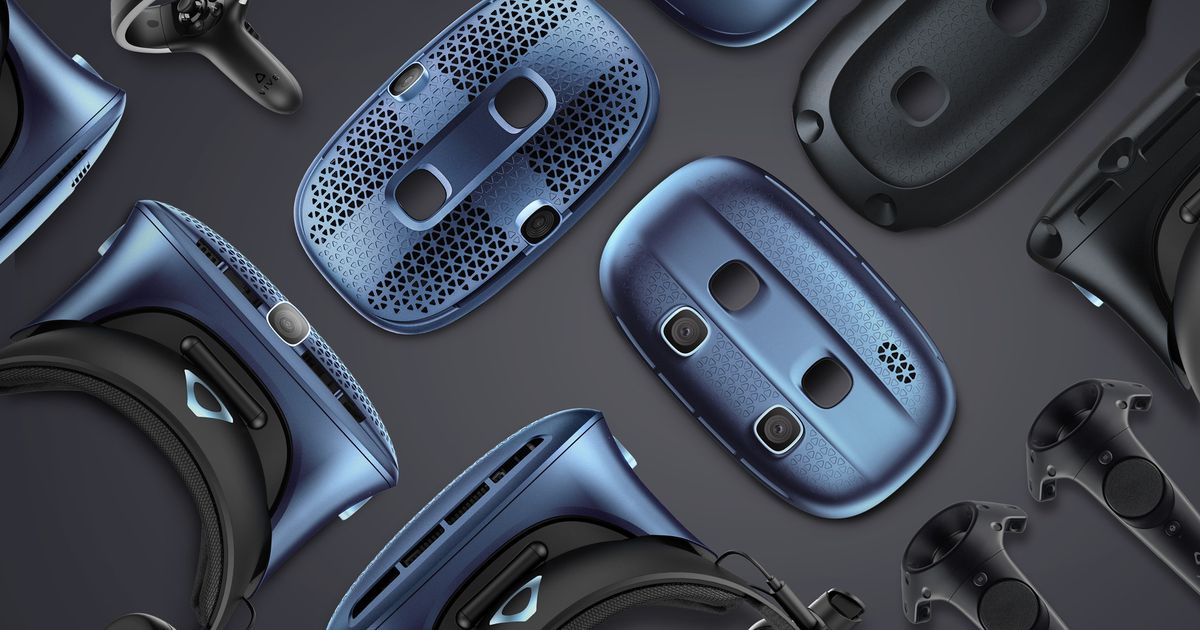 HTC’s Vive Cosmos virtual reality headset is one of the best around, but its starting price of $699 is pretty steep.

Now, HTC is releasing interchangeable faceplates that you can buy to upgrade your headset.

You can either buy the finished devices, or purchase the cheapest version and upgrade it with faceplates.

Somewhat confusingly, HTC hasn’t released the same amount of information for each new headset and faceplate.

HTC did not disclose pricing or availability for the Cosmos Play, merely saying that additional details will be shared “in the coming months.” Given that its main competitors, the Oculus Quest and Rift S, both cost $399 (with the caveat that the Quest is currently out of stock), it’s reasonable to expect a price in that ballpark.

The original Vive Cosmos is unchanged at $699. Its six-camera faceplate will become available in Q2 2020 for $199 — that’s how much it’ll cost you to upgrade from the Cosmos Play to the Cosmos.

The HTC Vive Cosmos Elite adds external tracking to the mix via an External Tracking Faceplate. It comes bundled with two SteamVR base stations and two Vive controllers, and is generally designed for gaming. The price is steep, though: $899, though Cosmos and Cosmos Play owners will be able to upgrade to the Cosmos Elite by purchasing the $199 faceplate, which will become available in Q2 2020.

The Cosmos Elite itself will become available in the first quarter of 2020, with pre-orders starting on the Vive website on Feb. 24.

Finally, there’s the business-oriented Cosmos XR, which uses two XR passthrough cameras to turn the headset into a VR/AR mix with a 100-degree field-of-view. There’s no word on price or availability for the Cosmos XR at this time.