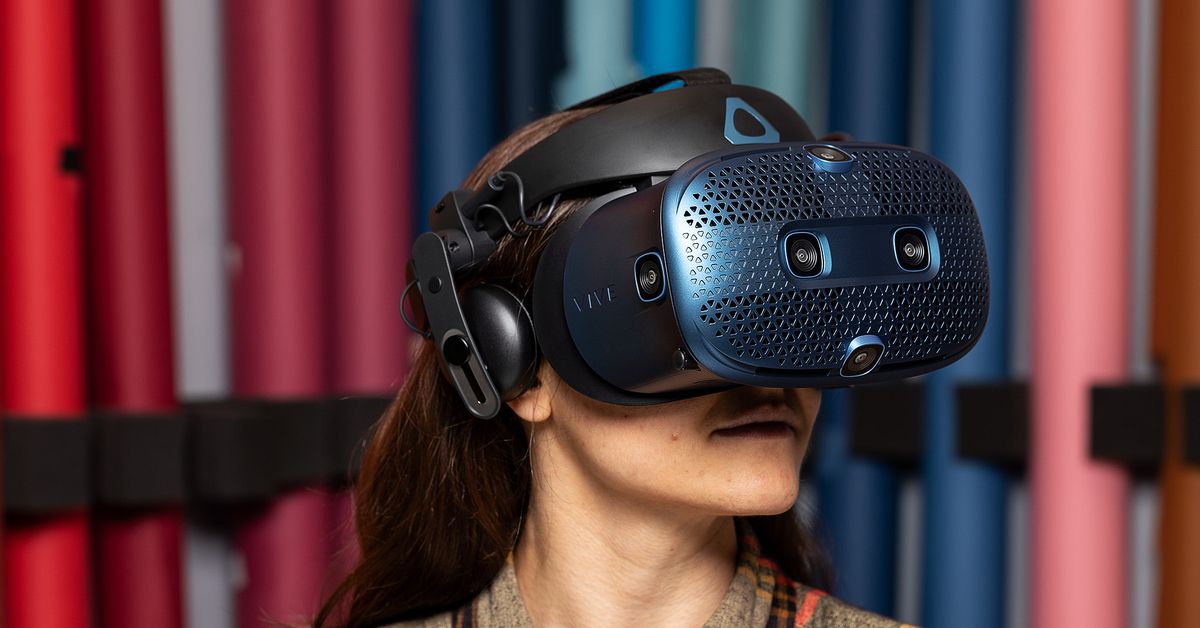 HTC is expanding its range of virtual reality headsets today with multiple new variants of the Vive Cosmos. The original Cosmos launched last year as a $699 high-end PC-powered system that used inside-out tracking and promised the ability to swap out removable faceplates. And it’s a few new faceplates that are enabling the updated Cosmos lineup, with the headset itself remaining unchanged.

At the highest end of the range is the Cosmos Elite, which now more or less serves as a straight upgrade to the groundbreaking original Vive. It comes with a faceplate that works with external tracking and also includes two Lighthouse base stations — in other words, sensors outside the headset detect its movement, as well as that of the controllers. External tracking is generally more precise, and HTC is positioning the Cosmos Elite as its new option for advanced PC VR games like Pistol Whip and Superhot.

Inside-out tracking, meanwhile, uses cameras on the headset to calculate head and controller movement. It works well on Oculus’ current headsets and Windows Mixed Reality, but we found it to be somewhat unreliable on the original Cosmos — the biggest problem with the system, in fact.

With that in mind, the new Cosmos Play is probably something you’ll want to wait on reviews before you place your order. Its faceplate drops two of the inside-out cameras for a total of four instead of six, and HTC is designing it for entry-level experiences like Angry Birds VR. It probably won’t be the best option for hardcore Beat Saber players, then, though the faceplate is of course upgradeable down the line.

The Cosmos XR is the most interesting new option in the lineup. Its faceplate includes “high-quality XR passthrough cameras” that allow you to see the real world through the headset with a wide field of view, enabling high-end augmented reality applications. It’s not clear how well the Cosmos XR will perform in regular VR, and the “high-quality” AR is another thing we’d definitely want to see for ourselves. But it does have the potential to make the Cosmos a much more versatile system; if it works well, the standalone faceplate could be a better option for Cosmos owners than buying a second headset dedicated to AR.

HTC is only announcing pricing and availability details for the Cosmos Elite today; preorders will begin on February 24th for $899. HTC no doubt hopes people will pick it up as a premium Half-Life Alyx rig, with Valve’s own $999 Index system largely sold out right now.

Further details on the Cosmos XR will be revealed at the Game Developers Conference next month, and a developer kit will ship in the second quarter of this year. HTC isn’t saying anything about the Cosmos Play release except that there’ll be more information “in the coming months.” Finally, the existing Cosmos remains on sale today at $699.