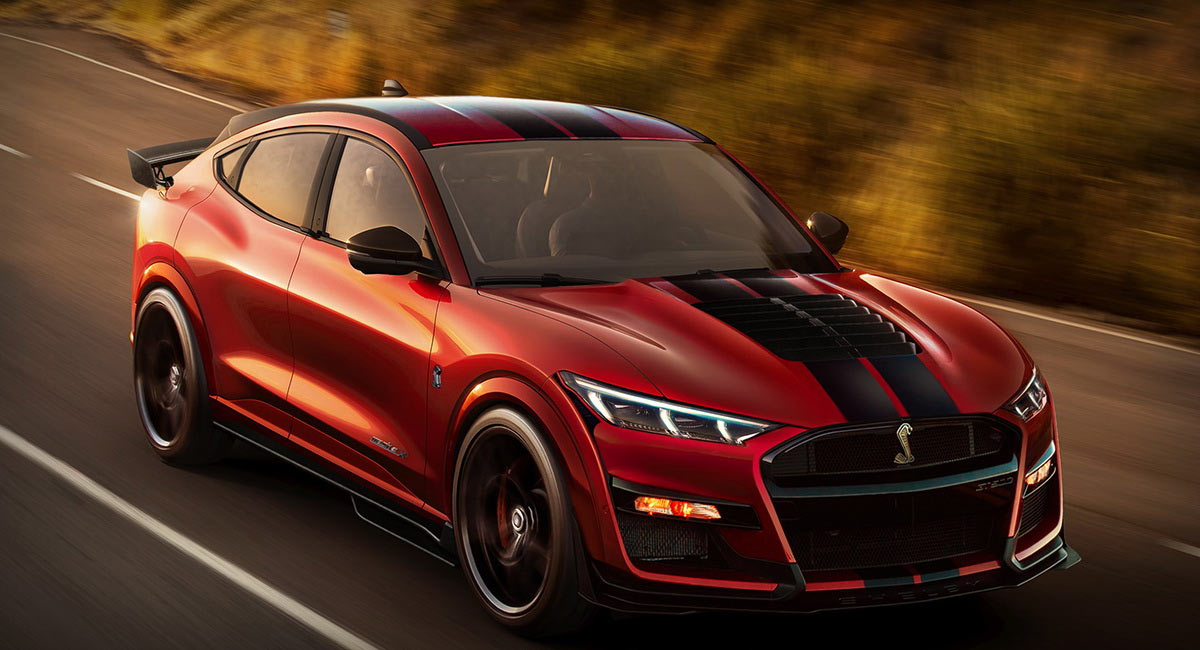 According to Ford Performance chief program engineer, Ed Krenz, a Shelby version of the fully electric Ford Mustang Mach-E could really be launched if they could figure out how to make the car more competent on the twisty bits.

So best case scenario, we may just end up with one seriously aggressive-looking electric Mustang crossover, which in turn could resemble this render by X-Tomi Design.

“I’m looking forward to the challenge of applying the Shelby characteristics to an electric car,” said Krenz last year. “The trick for us is the fun-to-drive part, and sustainability in terms of charging.”

Read: A Shelby Version Of The Ford Mustang Mach-E Is A Definite ‘Maybe’

Krenz then added that such a car would have to be capable of going out on the track all day long, without you having to stop and begin re-charging it after just 20 minutes or so of fast-paced action.

“Straight line bit is easy with electric cars, but we know the Shelby DNA down to the ground and applying that to electric is difficult. Even so, all weight’s not bad; we’ve had Mach-E on the simulator and the low center of gravity is an opportunity.”

Let’s say they get the performance aspect right and the car receives the green light. Should Ford make it look as wide and low as all of its Shelby-tuned Mustangs? What about the rear wing? Is that really necessary? These are all valid questions, and Ford designers will have to come up with some definitive answers there.

One thing’s for certain though – we really don’t see Tesla slapping a large wing on the back of its Model Y crossover any time soon.