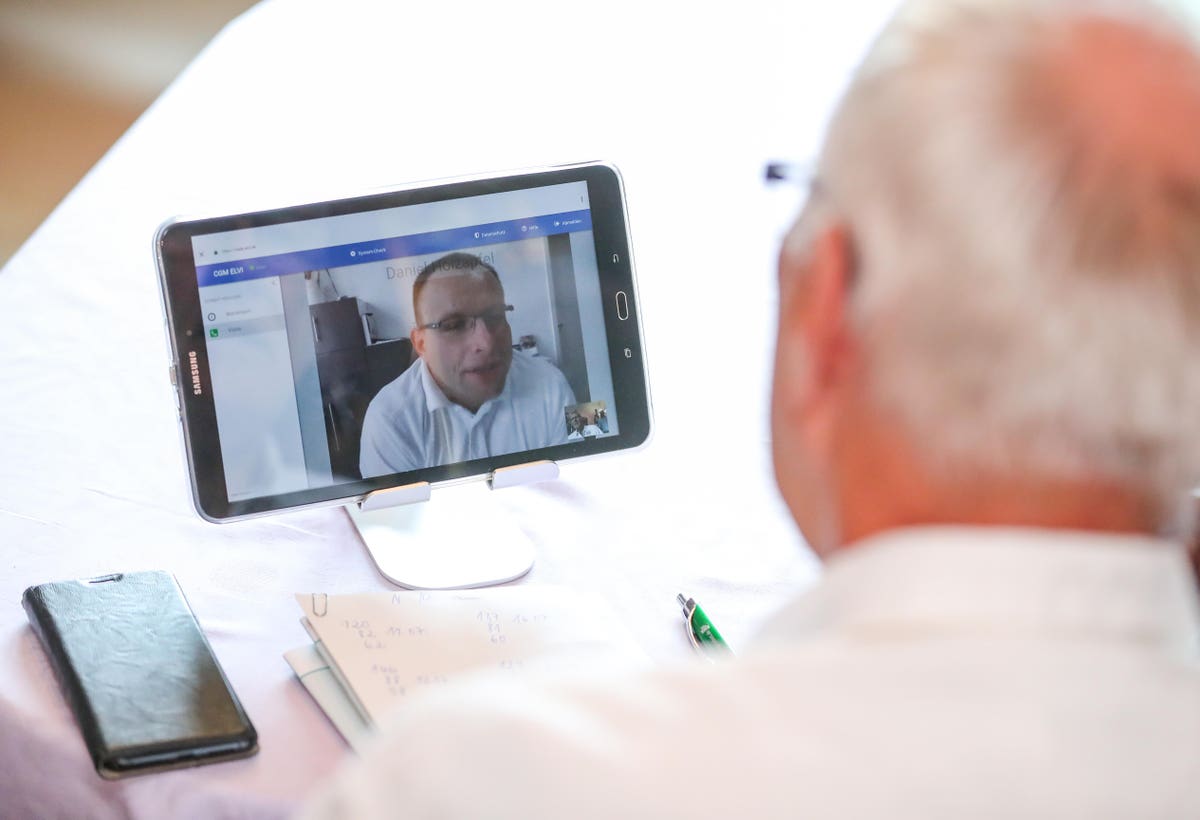 Have you ever wondered how a free market for health care would handle the COVID-19 crisis?

Most patients would have a health kit in their home, with a temperature gauge, blood pressure cuffs and a CO2 sensor. Patients would have these because doctors, hospitals and health plans would encourage them. Patients with older models would call in the readings to their doctors. Newer models would send the doctor an automatic, electronic alert if there was reason to be concerned.

The initial doctor/patient contact would probably be by phone. If warranted, a virtual face-to-face examination by Skype or similar device would take place. If the services of a specialist were required, that connection would be made – again, remotely and electronically.

If the patient were suffering from a cold or a mild case of the flu (which would be the case more than 90% of the time), the doctor would order a prescription, which would be filled and delivered by a local pharmacy.

In the face of coronavirus indications, a doctor or nurse would arrive at the home (within an hour), take a swab sample and perform a COVID-19 test – with results in, say, 10 minutes.

In the serious cases, patients would go to the emergency room. But that would not be a scene of coronavirus roulette, as it is today. Hospitals would know in advance which patients had the virus. A special team would be there to greet these patients. They would be escorted to isolated rooms with appropriate equipment and safeguards to protect other patients and hospital personnel.

The demand for special masks (with better protection than the masks you see surgeons wearing on TV), ventilators and other equipment would rise dramatically. But it would be a targeted demand, informed by real data. You wouldn’t see hoarding and over-subscribing by providers who scramble to get more than they need “just in case.” The demand would be met by suppliers who would work nights and weekends to step up production because …. well …. because they would expect to get paid extra, just like in any other market.

So why aren’t these things being done now? They are being done. But not as often as they should. The reason: government.

Getting diagnosed in your own home. If you go to a doctor’s office or a hospital emergency room you risk infecting other patients or being infected yourself. So why not stay home? As I wrote last week, telemedicine is being used extensively in China to diagnose the coronavirus right now. Vice President Pence and major health insurance companies say it is “the first line of defense” against the virus. And more than 40 million Americans can currently get doctor consultations by phone, email or Skype. Yet federal and state laws have been major barriers.

Until recently, Congress outlawed telemedicine in Medicare, except for patients in rural areas, and even then they couldn’t be in their own homes. However, with President Trump’s approval, Seema Verma (who directs Medicare and Medicaid), began allowing all Medicare patients to have “virtual check-ins” from their homes to see if a doctor office visit is needed.

After the coronavirus struck, Verma used the president’s executive authority to give Medicare Advantage plans broad discretion with respect to remote diagnosis and treatment. Congress responded with legislation that now allows Medicare to pay for telemedicine in connection with coronavirus. But it imposed an onerous restriction: the doctor must have had a previous relationship with the patient within the past three years.

That requirement is a disastrous barrier to remote medical care. It would make every telemedicine company in the country ineligible. Fortunately, the administration is using its emergency powers to override the restriction in both Medicare and Medicaid.

Getting tested in your own home. The first known person with the COVID-19 virus was discovered in the United States and in South Korea at about the same time. Since then, South Korea has engaged in a massive testing campaign (including drive-through testing) to determine who has the virus and who doesn’t. Overall, that country has tested more than 5,000 people for every one million residents. By contrast, the number tested in our country is 125 for every million residents. In fact, the U.S. testing rate is about the lowest in the developed world!

US officials claim that the tests used in other countries are not as accurate as those approved by our government. Even so, the proof is in the pudding. As Alec Stapp writes in the Dispatch:

South Korea has effectively contained the coronavirus without shutting down its economy or quarantining tens of millions of people…. Hong Kong, Singapore, and Taiwan have also managed to contain the virus via a combination of travel restrictions, social distancing, and heightened hygiene.

Until early February of this year, all testing for COVID-19 had to be done at the Centers for Disease Control (CDC) in Atlanta. Once the CDC recognized it was ill prepared to handle a pandemic, it sent out testing kits to about a hundred public health centers around the country. Unfortunately, about half of the kits were defective.

President Trump on numerous occasions has made clear his desire to wipe away regulatory obstacles. Along those lines, Alex Azar, the secretary of Health and Human Services, declared a public-health emergency, on February 4. Since then any lab that wants to conduct its own tests for the new coronavirus can get authority under something called an Emergency Use Authorization (EUA) from the F.D.A.

But although this was supposed to usher in deregulation, the EUA process bought with it a new set of bureaucratic obstacles. The entire process, which is described in great detail by Robert Baird in the New Yorker, reads like an episode of the Keystone Kops.

Meanwhile, the private sector has been responding. Biomerica has developed a test that involves little more than a finger prick. It can be performed by trained professionals almost anywhere – airports, schools, offices, homes, etc. The test sells for $10 per patient.

Another company, Kinsa Health, has developed smart thermometers which are Internet-connected. It has given away or sold a million of them to households in which two million people reside. The company, which can track the flu across the country in real time, says it can do the same for COVID-19 at a time when U.S. health officials have been flying blind.

Exercising the right to try. Another reform championed by the president is allowing patients to try drugs that have not been approved by the FDA if the patient is terminally ill. He now says the same principle should apply even if the patient is not terminally ill. Chloroquine, for example, is an 85-year old drug that is safe for use to prevent malaria and it apparently can work on COVID-19. (It has worked for other SARS viruses.) The president asks, “What have you got to lose?”

Continuing to enjoy the benefits of deregulation. One reason the country is doing as well as it is in defending against COVID-19 is that President Trump began deregulating the health care market early in his presidency. Those efforts have laid the groundwork for further deregulation.

Donald Trump is the first president in over a century who has understood that in health care, government is not the solution; it is the problem.