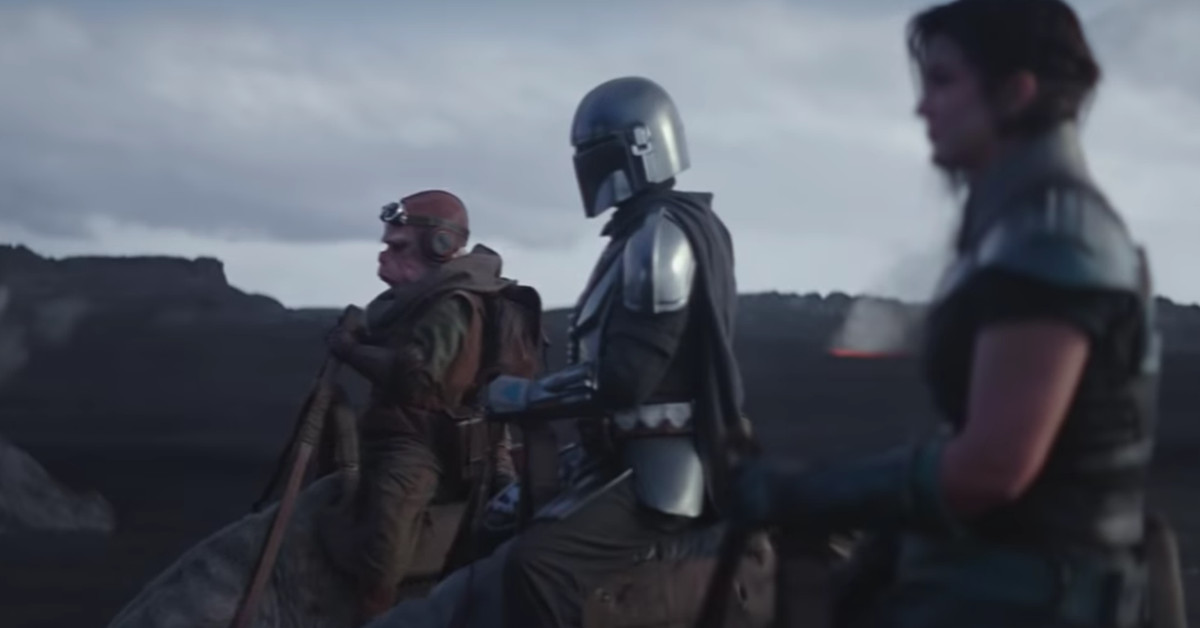 The Mandalorian’s set used some serious Danger Room/Holodeck stuff to pull off a virtual shot-on-location feel for its many different settings, and powering the world projected on its giant LED wall was none other than Epic Games’ Unreal Engine 4.

What director Jon Favreau and the cinematographers and animators of The Mandalorian relied on was actually as simple as good old-fashioned projection screen filming — except this is about a bajillion times more realistic than footage rolling in the background while someone gratuitously turns a steering wheel.

That’s thanks to a 20-foot high, 270-degree semicircular LED video wall, which displayed locations from the ice world of Maldo Kreis to the sinister hideout of The Client. These environments were edited in real time, right up to shooting, and allowed Pedro Pascal, Gina Carano, Werner Herzog, et al., to interact as if they were in a physically built space.

The setup allowed the cast to shoot in multiple locations in a single day, to shoot at a particular time of day for 10 hours if necessary, or even (literally) move a mountain in the background to get a better shot. But you really see (or, rather, don’t see) the difference when characters are aboard a moving vehicle.

The projection behind them makes the scene look seamlessly realistic because, well, it’s actually part of the shot, it’s not being added in later. It’s a good look at the future of TV and moviemaking, where Star Wars has been at the vanguard for more than 40 years now. And it speaks optimistically of a future where sci-fi TV series can have all the production values of a big budget theatrical release, where cost considerations made for some conspicuous limitations even a decade ago.