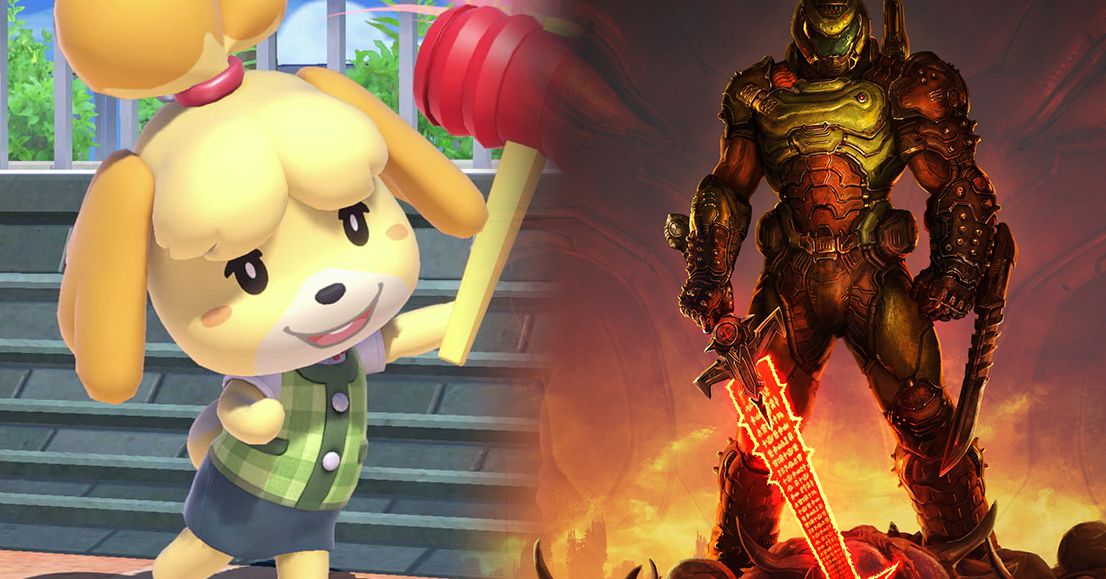 Isabelle, the adorable pooch from Animal Crossing, and the Doom protagonist have come together to prove that no matter what games you play, you can be friends.

You may ask, “But why are they even remotely related to each other?” The answer is that both Animal Crossing: New Horizons and Doom Eternal will release on the same day: March 20. With Isabelle dubbed the mascot of Animal Crossing due her to appearance in Super Smash Bros. (move over, Tom Nook!), the two have been paired up to celebrate the games.

It’s hard to deny how great the duo is together. Both games are the extreme opposites of each other, with one having the player rip through Hell, slaying demons, while the other has you decorating a town, slaying debt. Isabelle’s adorable puppy appearance perfectly foils Doomguy’s tough exterior.

In July 2019, a Twitter user posted fanart of the two together, with Doomguy teaching Isabelle how to fire the Super Shotgun. Though MrAgentStrange’s commission spawned more from the joke of Doomguy teaching cute characters how to wield dangerous weapons, the platonic pair kicked off here and grew once fans realized that the games share a release date.

The other day I payed @ArtSHEOps to draw Doomguy teaching Isabelle from Animal Crossing, how to use the Super Shotgun. I was just sent the final version and it has exceeded my expectations.

Today is a good day. pic.twitter.com/Kqs6j7G6Jw

The folks at Bethesda are aware of the duo being paired up together, seeing how the Doom Twitter seemed excited for the Animal Crossing Nintendo Direct.

While it’s unlikely that Doomguy will make an appearance in Animal Crossing: New Horizons, fans are holding out for a mention of a whiskey-loving pup or something Animal Crossing-related in Doom Eternal.