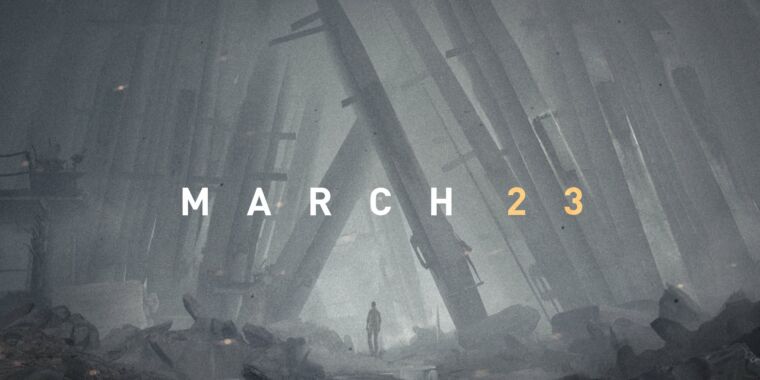 Valve’s first announcements about its upcoming VR-exclusive game Half-Life: Alyx included a vague launch window of March 2020. In a world where Valve game delays are the rule rather than the exception, the lack of a firm release date was enough to make the developers’ fans anxious about Valve Time rearing its head again.

On Thursday, Valve made weaseling out of its announced plans a bit tougher, as the company confirmed a firm release date for HLA: March 23, 2020.

The announcement first appeared on the company’s social media feed, and as of press time, the exact date has yet to appear on either the game’s official site nor its Steam sales listing. Today’s news also came with a brief gallery of brand-new game images. While they don’t point to any new gameplay mechanics, they’re a welcome look into a virtual world that looks plenty authentic to the beloved Half-Life universe.

In terms of more hints about the upcoming game, we know at least two opportunities are forthcoming. The first was previously announced by Valve during a recent Reddit Q&A session with fans: a series of reveal videos about how the game plays. The second was newly announced today: a series of “Steam VR Home environments inspired by locations in Half-Life: Alyx,” which will be made available “the week of March 2” to any owners of Valve Index hardware or anyone who has already pre-ordered a copy of HL:A.

For the uninitiated, the SteamVR interface (accessible using any PC-VR system) includes non-game “Home” zones that can be viewed and walked through in virtual reality, and these often come with tooltip explainers about the environment in question. Valve has uploaded quite a few of these in the past, including explorations of real-life locations that have been captured using extensive photogrammetry. Though today’s announcement didn’t go into detail about the HL:A-inspired zones, they may very well include hints, Easter eggs, or even elaborate puzzles about what’s to come in the upcoming, full-length adventure game.

For tons more about what we know about HL:A, including information we’ve gleaned from sources in the know, rewind to our January and November coverage.