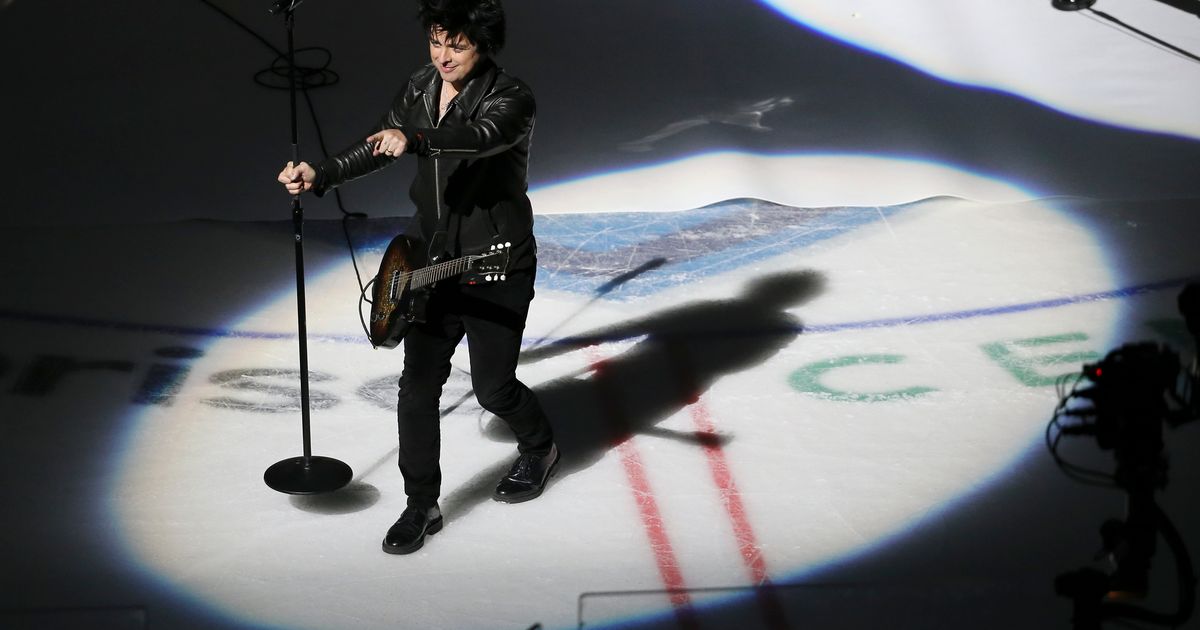 Despite his best efforts to the contrary, Green Day lead singer Billie Joe Armstrong may have come off as quite the American Idiot to NHL TV censors.

Green Day performed between periods at the National Hockey League’s (NHL) All-Star game in St. Louis, Missouri, hosted by the NHL’s St. Louis Blues on Saturday. The band recently signed a multi-year deal with the NHL to appear at games and use their new track, Fire, Ready, Aim, in league promotions.

During the band’s medley of Basket Case and American Idiot, Armstrong dropped multiple f-bombs in the songs as well as in apparently improvised call-outs to the crowd. He implored the good people of St. Louis to “put your fuckin’ hands up,” and then made the proposition “lets go fuckin’ crazy” — twice!

Being so badass is a lonely road to walk, but it’s the only road that Billie Joe has ever known. (The sweary version can be found at the link above; the tweet below is a “clean” clip.)

According to Rolling Stone, American TV censors were able to bleep out the expletives, but Canadian broadcasters missed the improvisations. Wake them up when this performance ends!

The sweary show got some half-scandalized, half-delighted attention on social media.

We need to relax on GreenDay swearing a couple times. It was something unpredictable but in the end alright and I hope they had the time of their lives.

The band’s drummer, Tré Cool (who is apparently a big hockey fan), leaned into it with some super cool f-bombs of his own.

Making a comeback as punk rockers when you’re nearly 50 has proven a boulevard of broken dreams for many rebels of yore. But Green Day? They still fuck.