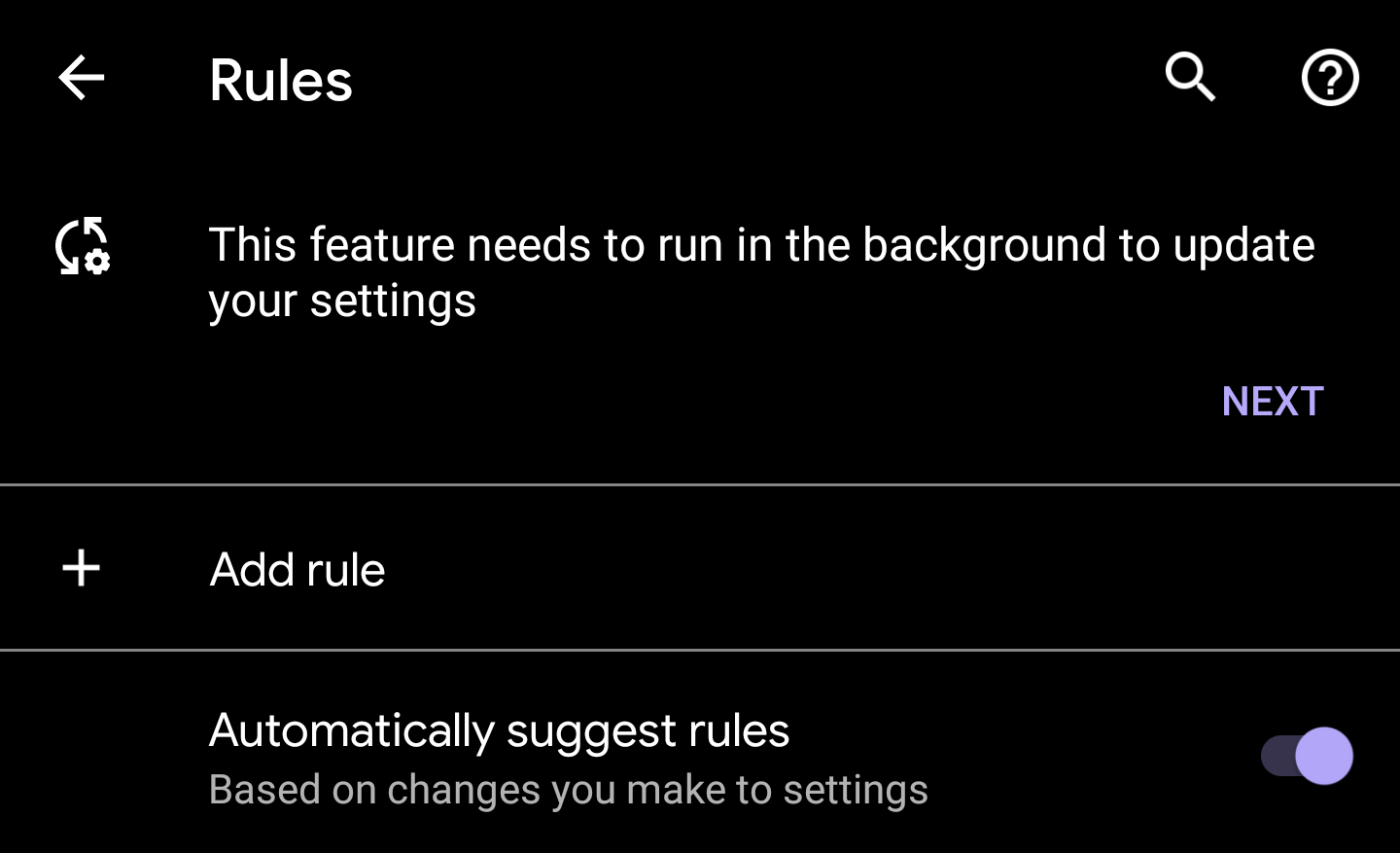 Google increasingly focuses on security and makes it harder for third-party services like Tasker to switch on and off certain radios on Android 10. While the company still doesn’t allow apps to automate this, it is at least working on a Rules feature that lets your phone’s DND settings react to a limited set of conditions. We first saw this functionality on a few phones last year, but it looks like it’s now rolling out wider.

Many people report seeing the new Rules entry in the System section of their Pixel’s settings across all currently supported generations of the lineup. Not too much has changed compared to the early look we’ve had on the feature, so it’s still very limited — you can only create Wi-Fi and Location rules that set your phone to DND or silent when you enter or leave specific networks or places. Other triggers aren’t available right now, but the functionality might very well be expanded in the future and become a full-fledged Tasker or IFTTT competitor.

Wi-Fi networks and locations are still the only possible triggers right now.

These Android Rules could potentially roll out even wider when Google publishes the next Pixel feature drop, which should land as soon as this week. The company might officially introduce Rules alongside other potential features like dark mode scheduling, cards & passes in the power menu, and improvements to Motion Sense on the Pixel 4.