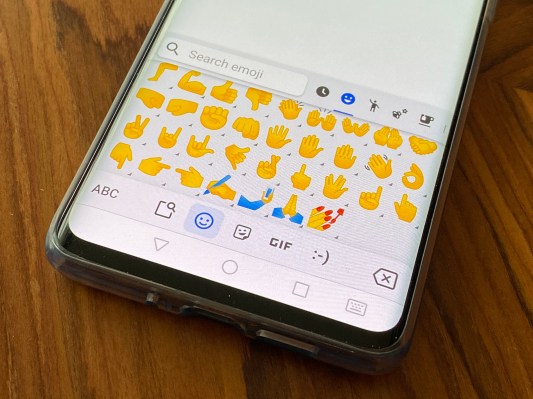 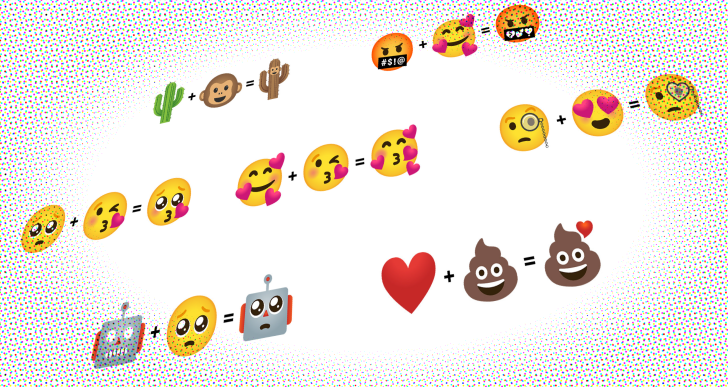 If you’ve ever felt like there just weren’t enough emoji options to express how you’re feeling, a new addition to Google’s Gboard keyboard, launching today, aims to help. Gboard for Android is introducing a feature called “Emoji Kitchen” that allows users to mash up different emoji then use them as stickers when messaging.

The stickers will work across apps, including Gmail, Messages by Google, Messenger, Snapchat, Telegram, WhatsApp and others.

For example, you could add glasses to the various smiley emoji, add a cowboy hat to a ghost, have a robot cry tears, put a monkey face on a cactus (idk either), make the happy poop emoji express love with a heart and so on.

To be clear, you can’t just mash up any of the thousands of emoji with any other one — it only works with those Google supports, which are mainly variations on the smileys. That’s because the emoji aren’t being mashed up in real time through some sort of AI system. Instead, Google designers have created this set of mashups for Gboard, specifically.

To use the option, you first tap on any smiley emoji and Emoji Kitchen will show which mashups are available to you.

Google’s Gboard has long been an experimental app for trying out new ideas in self-expression, including with launches like its own set of personalized emoji, called Emoji Minis, as well as with features like doodling, Morse code input, emoji suggestions and GIFs, and others in years past.

The app has been well-received by Android users, as a result — despite being years old, it’s still in a top 50 app in the Tools category and has more than a billion downloads worldwide to date. It’s also now the default keyboard on some Android devices, like Google’s Pixel smartphones.

However, Google’s larger goal with Gboard is to make it compelling enough for users to keep it installed, giving the company a way to bring Google’s properties, like Search, directly to the end-user. That’s more important than ever at a time when mobile search has become bigger than desktop. Unfortunately for Google, mobile search has been much more expensive, as the company now relies on deals with mobile device makers, like Apple, to make its search engine the default.

Gboard gives Google another way to hedge its bets — by skipping the need to use a browser app to get to Google. Users can just use their keyboard instead.