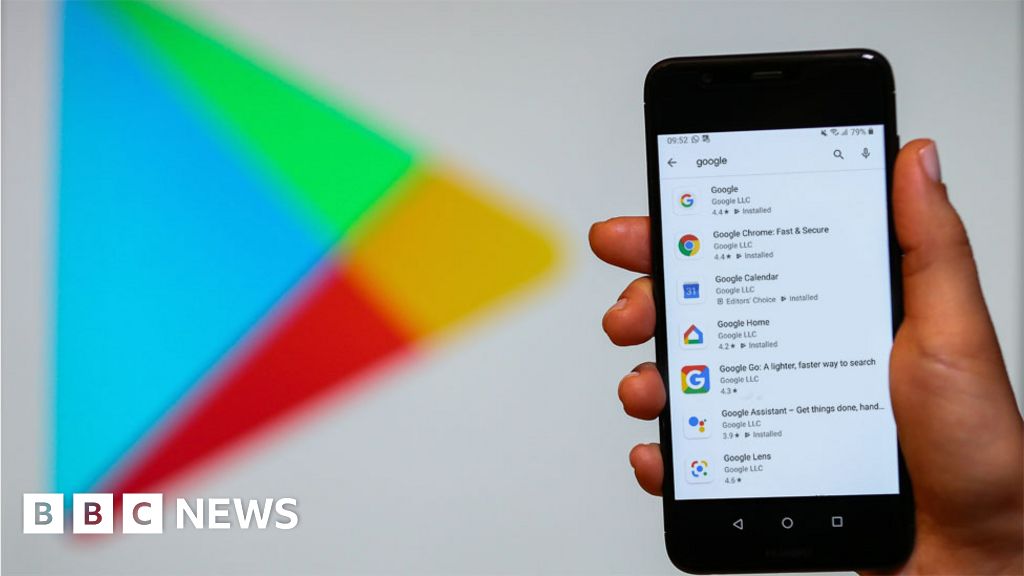 Google has warned people not to circumvent the ban on Google apps that affects newer Huawei phones.

But now, Google has warned this “sideloading” – manually installing app files found online – is “high risk“, as the files may have been tampered with.

“Unless you are 100% certain about the integrity of the app, it is not a risk worth taking,” he said.

What did Google say about it apps?

The restrictions on Google apps date back to May 2019, when the US government placed Huawei on a trading restrictions database called the “entity list”.

That restricts what kind of deals US businesses – such as Google – can do with the company.

And because Google owns the Android phone operating system, that decision has affected Huawei’s Android phones.

Google said it was now releasing official advice because “we have continued to receive a number of questions about new Huawei devices”.

But the situation remained that ” Google’s apps and services are not available for preload or sideload” on those phones.

Google has not involved itself in the row between US officials and the Chinese-owned Huawei and still provides security and other updates to older phones, which it is legally allowed to do.

Only Android devices certified under Google’s “Play Protect certified” programme are allowed to have the Play store and other core Google apps.

The company says the programme is “a rigorous security review and compatibility testing process”.

And every Android manufacturer using Google’s services must go through this process.

But the US trading restrictions mean Huawei cannot do so.

“There will be many scammers who will see Huawei’s difficulties as an opportunity to get malicious code on to people’s smartphones,” Mr Wood said.

“It’s a huge risk for a consumer to scour the web in search of APKs [Android files] that purport to offer Google’s missing services.”

What does Huawei say?

Huawei strongly denies any wrongdoing that may have put it in the sights of US authorities and believes the restrictions are designed to protect US technology companies from competition.

It has labelled the allegations against it – and charges of racketeering and stealing trade secrets – as “nothing but a smokescreen”.

The row was “hugely confusing for consumers”, Mr Wood said.

“It’s understandable that consumers struggle to understand that Huawei is caught up in the current geopolitical tensions between the US and China,” he added.

Despite the challenges, Huawei has remained one of the top smartphone manufacturers in the world, with between 15%-20% of the market, which puts it behind only Apple and Samsung.

Part of the reason may be its continuing popularity in its native China, which is a large market for every manufacturer.