Hangouts Meet just got its much-needed rebrand to Google Meet amidst the surging popularity of videoconferencing tools in general. Alongside a trademark for that term, there’s another Hangouts product whose fate has yet to be decided. Hangouts Chat, the teams-focused Slack competitor from the Mountain View company, might also be getting a rebrand that does away with the troublesome Hangouts branding.

The Hangouts Meet rebrand was only announced after months of being casually referred to as just “Meet” in shorthand in blog posts, the CEO of Google Cloud calling it that more than once, CEO Sundar Pichai using the shorthand, and most recently, a dropped “Hangouts Meet’ name in favor of ‘Google Meet’ on its Support landing page.

After announcing (via a statement to Android Police) that the rebrand would happen gradually over the coming months, Google has officially trademarked the Google Meet term. We’re keeping an eye out for Google Chat.

Update: Only minutes after publishing this story, Google has also trademarked Google Chat. 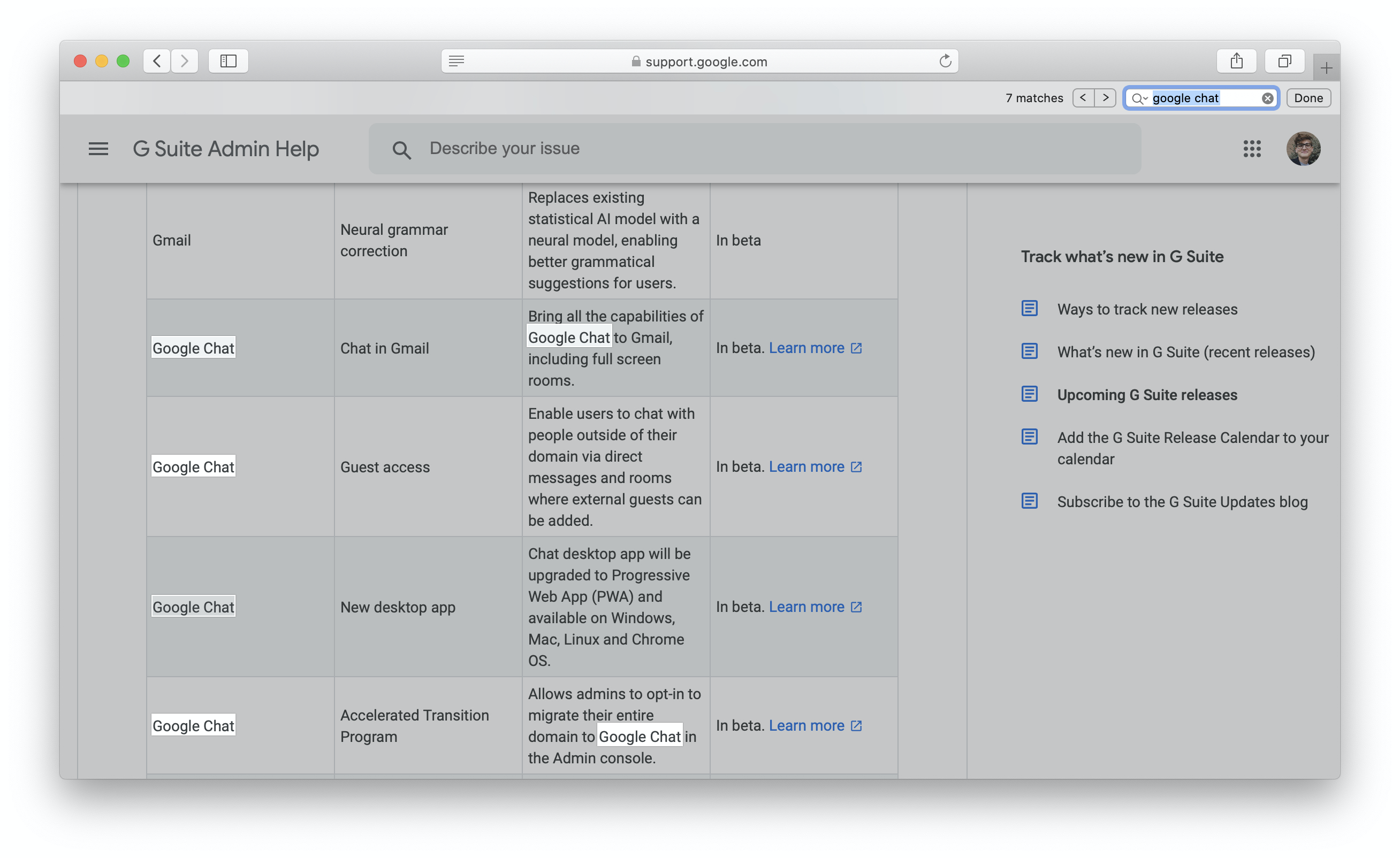 According to AP, which got confirmation from Google on the Hangouts Meet -> Google Meet rebrand:

Google had no comment at this time as to whether Hangouts Chat would be similarly rebranded.

We’ll be keeping an eye on support pages and blog posts to see if a similar under-the-radar rebrand is in the works. In the meantime, Google is still trucking forward on Hangouts/Google Chat. Just today, we learned that Messages in Hangouts Chat can now be forwarded to Gmail.

Update: The Google support page has now been updated to reflect the new Google Chat branding, too.

Update 2: Google has confirmed to The Verge that Google Chat is the new name.

If you’ve been following our previous reporting, you know that Google has long been reshuffling its Hangouts products. After we reported that Google was planning to shutter Hangouts — the original Hangouts — sometime in 2020, the company suddenly started referring to it as “classic Hangouts” and argued that it wouldn’t be shut down because it was being shut down and migrating to Hangouts Chat.