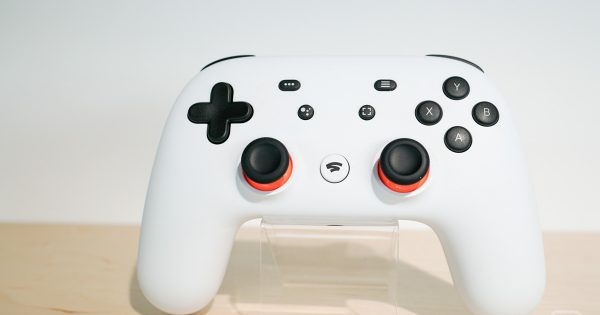 Asking whether or not Google Stadia is worth buying is a question without a straight answer. For the most part, no, Stadia is not going to be worth it for a long, long time. I say that because it’s not even close to being the platform that Google told us to expect it to become. It is a shell of its supposed future with a limited game selection.

With that said, it is on sale today and today only. Well, the Google Stadia Premiere Edition controller bundle is on sale, and I’m actually leaning towards it being semi-worth it.

“But Kellen, is there a game selection yet?” It’s gotten better. It’s not great, but better. DOOM Eternal launched today across the globe and Stadia has it day 1. It looks pretty damn fun and reviewers are absolutely in love with it. Also, if you buy this deal, you’ll get a Stadia Pro account and access to whatever games Stadia Pro has for free, which currently is a list of 7 games. Google also added games like Borderlands 3, the Serious Sam Collection, and Red Dead Redemption 2 since launch, plus The Division 2 and The Crew 2 are coming over the next couple of weeks.

Look, this is a bit of a tough call, but if you have just now realized that we are all going to be stuck at home for a long time, thanks to COVID-19, and you want a gaming setup that won’t cost much, this is an option. An Xbox or Playstation will still cost several hundred dollars, but for $99 today, you get everything you need, including access to a bunch of free games.