Coinciding with the launch of Stadia’s free tier yesterday, version 2.13 of the Google Stadia app arrived on Android. Digging through the update, we’ve found that Google has begun working on the ability to play Stadia games with touch controls on your phone, as well as initial Android TV support.

About APK Insight: In this “APK Insight” post, we’ve decompiled the latest version of an application that Google uploaded to the Play Store. When we decompile these files (called APKs, in the case of Android apps), we’re able to see various lines of code within that hint at possible future features. Keep in mind that Google may or may not ever ship these features, and our interpretation of what they are may be imperfect. We’ll try to enable those that are closer to being finished, however, to show you how they’ll look in the case that they do ship. With that in mind, read on.

One of the promises of Google Stadia is the ability to game on nearly any device from just about anywhere with Wi-Fi, but to play from your phone you still need a controller of some sort. If you find yourself stranded somewhere with just your phone and no controller, you’re officially out of luck. Unofficially, though, you can use a tool like TouchStadia to add touch screen controls to Stadia in Chrome for Android.

Possibly in response to the demand for touch controls, Google’s Stadia team has started developing their own version of a touchpad controller for Android. Like TouchStadia, it looks like the official touchscreen controller may let you customize the size and position of the buttons and sticks.

Digging deeper though, it appears Stadia’s official touch controller could have one significant advantage over TouchStadia, in that the virtual L2 and R2 triggers may actually behave like triggers rather than like buttons. This means you can pull a trigger a particular distance, rather than always maxing out the pull, something that can be especially important in racing games.

Stadia’s arrival on Android TV is not something that has been officially confirmed by Google so far. However, we’ve been tracking the possibility since an Android TV road map leaked out that explicitly mentions a “Stadia integration” arriving in 2020.

With the release of Stadia 2.13, we’ve found tangible evidence that development of Google Stadia’s Android TV support is indeed under way. For example, according to Android TV developer docs, Android TV apps need to be marked as compatible with “leanback,” and that they do not require a touchscreen. Both of these are now mentioned within the app’s code, along with a variety of changes to the manifest to prep for “leanback launcher,” the internal name for Android TV’s launcher.

Digging a bit deeper, we’ve even found the “banner” the Stadia app will use when seen on the Android TV homescreen, which looks exactly how you would expect. 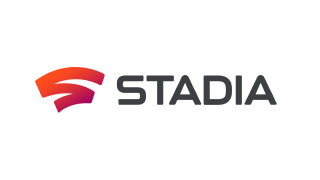 That said, work still seems to be in the early days, so I wouldn’t expect Stadia’s Android TV app to launch anytime soon.