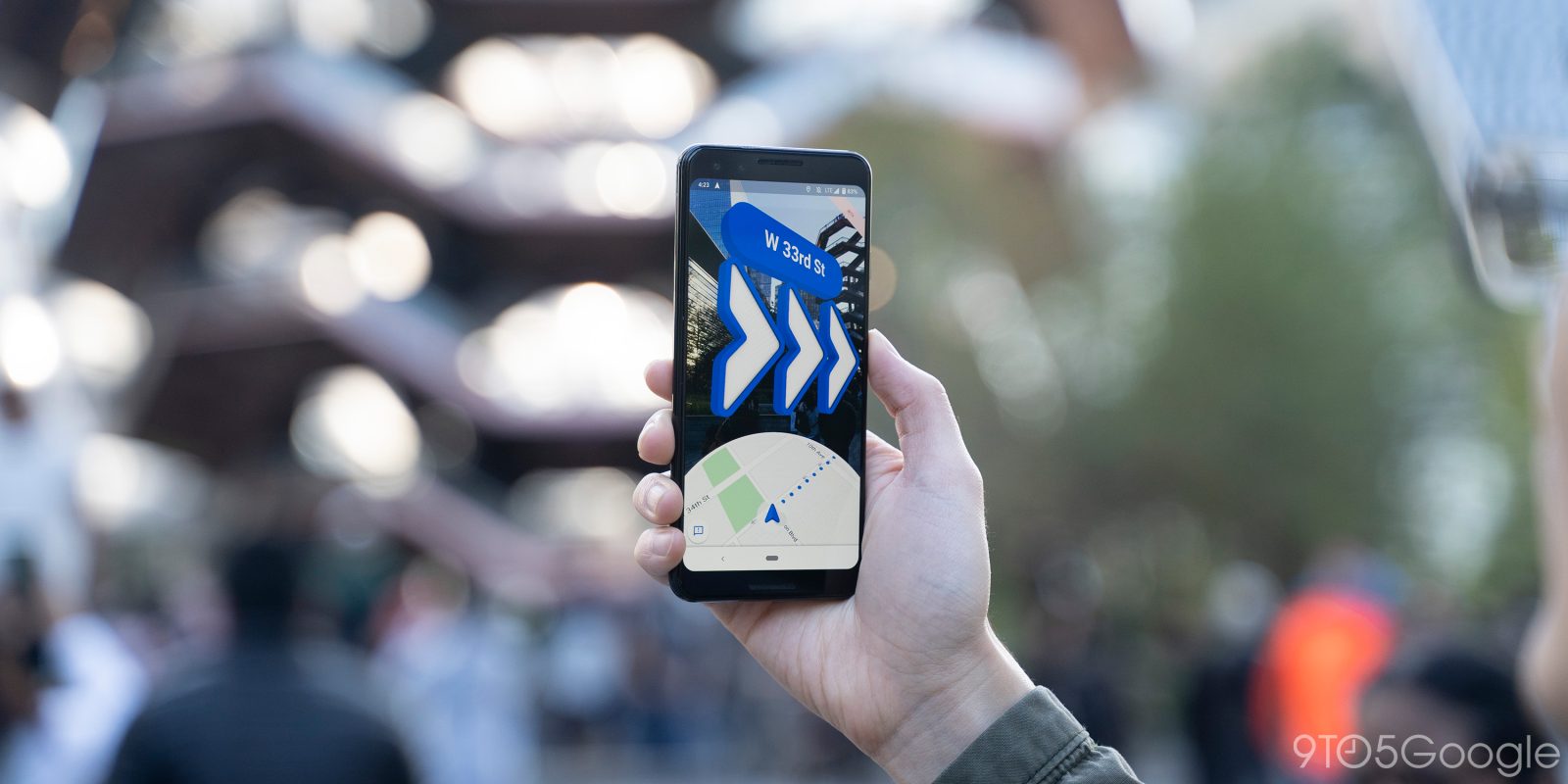 Google first previewed augmented reality walking directions at I/O 2018, with the feature launching last August. Despite it being widely available on Android and iOS, the AR “Live View” in Google Maps has been missing on the Pixel 4 and Pixel 4 XL for the past several weeks.

To launch Live View, you select a location to navigate to by walking. Next to the “Start” button is another for “Live View” that launches a camera feed to overlay virtual markers. This includes street signs, giant arrows that tell you where to turn, and other prompts that note the distance to your destination.

Since mid-December, Google Maps AR navigation has been missing from the Pixel 4 and Pixel 4 XL. There is a 48 comment-deep thread on the Maps Help forum with many owners reporting the same issue.

In our testing, the Pixel 4 failed to launch “Live View” despite the feature working flawlessly on a Pixel 2, Pixel 3, and iPhone set to the exact same destination from the same starting point. We’ve also replicated in several cities to rule out geographic restrictions.

This is a glaring omission given how AR navigation was first previewed for Pixel devices at I/O 2019. According to user reports, Live View was available on the latest Made by Google flagships when they launched in October before going missing later in the year.

According to Google, there is “a bug affecting a small group of Pixel 4 users using Live View on Google Maps.” The company tells us that a fix is rolling out now to return the missing AR navigation.