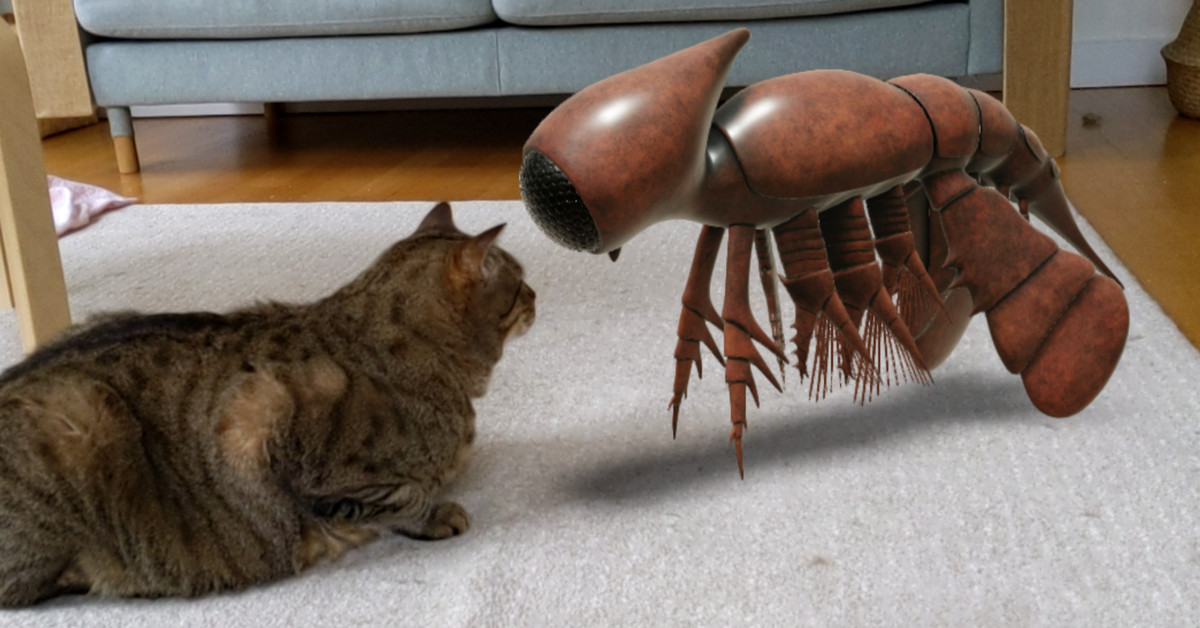 Google has made a number of prehistoric creatures and historical artifacts available to view in augmented reality in its Arts and Culture app, the company announced today. If you want to take a closer look at the ancient crustacean Cambropachycope from your living room without having to visit Moscow’s State Darwin Museum, for example, then now’s your chance. Or how about the Command Module from Apollo 11 or Neil Armstrong’s lunar spacesuit?

The announcement comes as many museums around the world are starting to open up after the coronavirus pandemic forced them to close. However, in the immediate future, health and safety measures mean that many still aren’t as accessible as they once were. AR will have to suffice, even if it can’t quite match the sense of awe you get at seeing a 25.2 meter-long blue whale skeleton suspended from the ceiling above you in London’s Natural History Museum.

Other exhibits include prehistoric creatures like the Aegirocassis, as well as objects like a pre-Inca statue that dates back to 500 BCE. There are also paintings available to view in augmented reality like a self-portrait from Frida Kahlo, or Gustav Klimt’s The Kiss. Once you’ve placed the exhibit into your room, you’re free to film it or take photos using your phone’s camera.

The exhibits are available to view in Google’s Arts and Culture app, which is best known for its art history features. Over the years it’s also added a few AI twists on its collection, such as in 2018 when it launched a feature that would match your selfies against famous portraits. More recently it added a photo filter feature that edited your photos in the style of famous painters.

As well as museum exhibits, Google has adding augmented reality creatures to its search results. Since Google I/O 2019 the company has made a number of 3D animals available to view, recently expanding its offering to include dinosaurs and insects.

Google’s blog doesn’t mention which hardware is required to view its latest museum exhibits in augmented reality, but its previous AR features have required you to use an ARCore-supported Android device, or an iPhone or iPad running iOS 11 and up. You can find the augmented reality exhibits in the Arts and Culture app by searching for “AR” and then tapping the “View in Augmented Reality” button in the pages for supported exhibits.