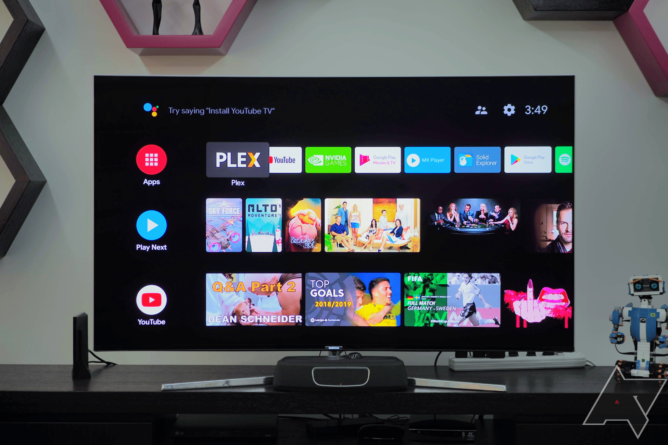 Last year at the I/O developer conference, Google teased a redesigned Play Store for Android TV, together with a new feature that would allow easy one-click subscriptions. While we have since picked up that new Play Store UI, one-touch subscriptions were still lacking — until now. We’ve spotted a newly published support page that describes the functionality, and Google has confirmed to us that it the company has started “piloting” the long-awaited feature.

The feature as it looked at the I/O 2019 announcement.

According to the newly-published support documentation, the feature provides two new options when installing applications that may depend on a subscription: “Free trial & install” or “Subscribe & install.” Both result in automatic account registration with your Gmail address, though you may receive an email from the service to finish the setup process. Managing and canceling subscriptions still requires a separate phone or computer.

We haven’t noticed any apps with subscription services that are using the feature in their app listings on the Android TV Play Store, but a representative from Google assures us that it is a new feature and that it’s being tested as part of a limited pilot for a few apps, with more to come soon. Unfortunately, the company couldn’t provide us with a list of the apps that are currently testing it. We’re told we’ll hear more about it including more regarding specific apps in the near future, in tandem with an update later this year — probably the rumored Android TV UI redesign that’s expected to land together with Google’s Android TV-powered, Nest-branded Chromecast.

When asked, the company provided us with the following statement:

“We’re always working on improving the user experience for Android TV users. This feature that we are piloting with select partners make it easier to subscribe and install apps in Google Play more quickly.”

As with other features that have leaked recently via support documentation, given the timing, I expect Google originally planned to reveal these details at its I/O developer conference, so I don’t anticipate much of a wait before we hear more.