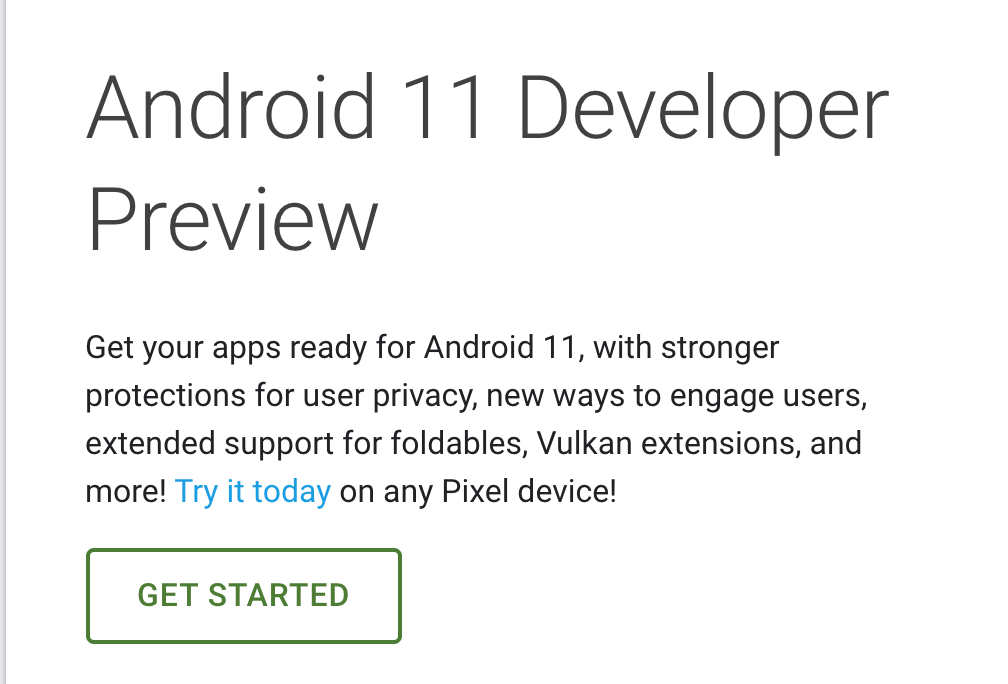 Google has just pushed live a series of changes to its Developer Preview site, which makes reference to Android 11. Sadly, all the external pages it links to have yet to be updated, including the list of changes present in Android 11 and the page to register devices. 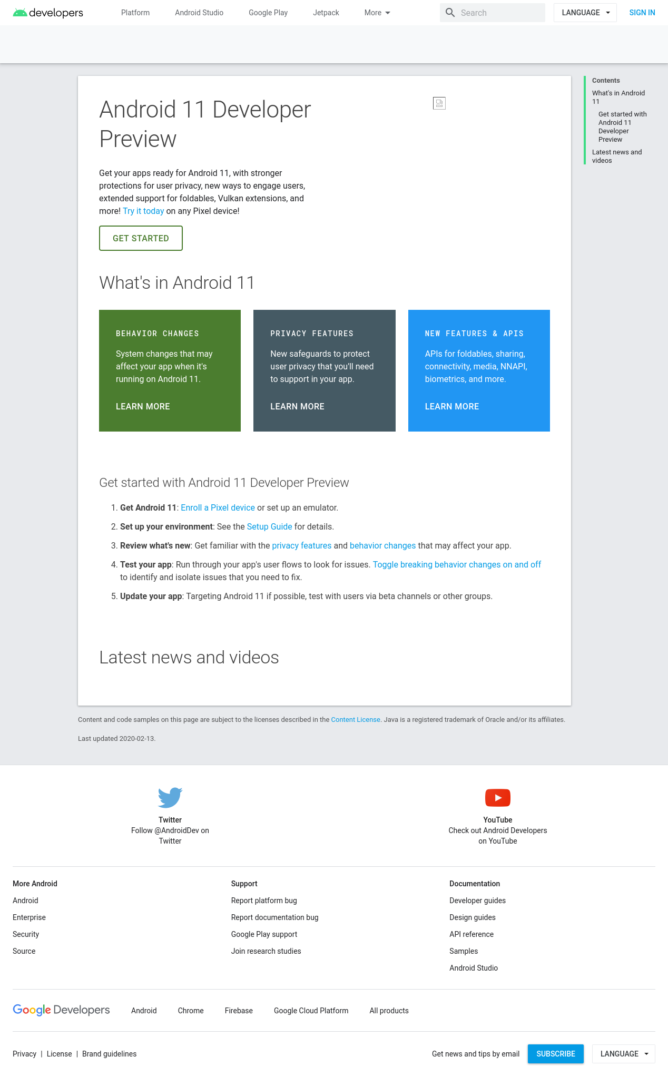 So far, none of the other text on the page has been updated — references to it working with “any Pixel device” as well as privacy, foldables and Vulkan features are holdovers from the Android Q days. The prompts to register Pixels for the preview still point to the Q Beta program as well.

This could indicate that a rollout of the very first Developer Preview for Android 11 is imminent, but it would be way ahead of last year’s schedule, if so. It’s equally possible someone at Google simply flipped a switch before things were ready, and we could see it revert in the next few hours.

Whatever the explanation, it looks like Google is gearing up for some Android 11 changes. We’ve reached out to the company for more information, and we’ll be sure to let you know if we hear anything.

Google has reverted the changes, seemingly taking down the Developer Preview site entirely, redirecting it to an Android 10 version description on the developers site. Still, the internet doesn’t forget, and we have screenshots for the curious.

It looks like Google simply pushed a change to its site before it was ready, and we won’t be getting Developer Previews any time soon.