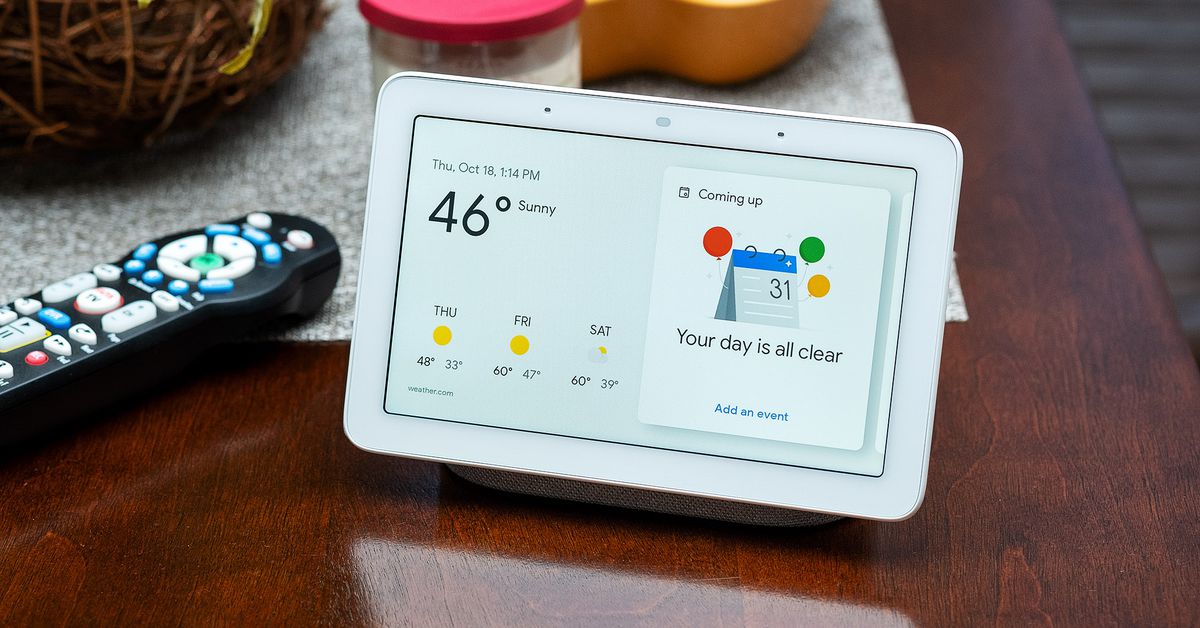 Google Assistant Smart Displays will be able to access AMP web articles starting later this summer, Google says. Alongside the AMP news, Google has also announced a number of improvements for its voice assistant, which it says will make interactions with it faster and more seamless and yield more accurate responses to queries.

AMP (Accelerated Mobile Pages) is Google’s instant article format, and it’s designed as a way to load webpages faster on mobile. According to Google, the new AMP functionality is designed to bring the “depth of great web content” to its Smart Displays, with news being an area of focus. Google’s Smart Displays currently provide a host of news content, but in the past, they’ve focused on showing you video clips and playing excerpts from news articles, rather than showing whole AMP articles.

There’s also a host of smaller improvements that Google has announced, which should make interacting with its voice assistant a little bit better. Home Storage is a feature lets developers store details about individual user interactions with a communal smart display, such as individual save points from a puzzle game for multiple members of a household. Its Media APIs should make it easier to listen to long-form content by letting you resume from where you left off, and Continuous Match Mode will make interacting with the assistant more fluid, Google says.

Alongside the new Google Assistant features, the company also announced new tools to help developers build actions for the voice assistant. The Actions Builder, for example, is a web-based development tool that integrates with Google’s existing Actions Console, meaning developers can “build, debug, test, release, and analyze” their actions, all in one place.

They’re small changes, but the combination of more functionality and better developer tools focused on user interactions should improve Google Assistant for the 500 million people who Google says use it every month.