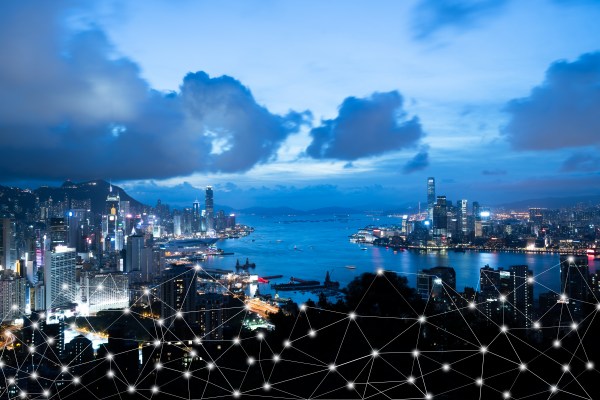 Google and Facebook seem to have resigned themselves to losing part of the longest and highest profile internet cable they have invested in to date. In a filing with the Federal Communications Commission last week, the two companies requested permission to activate the Pacific Light Cable Network (PLCN) between the US and the Philippines and Taiwan, leaving its controversial Hong Kong and Chinese sections dormant.

Globally, around 380 submarine cables carry over 99.5 percent of all transoceanic data traffic. Every time you visit a foreign website or send an email abroad, you are using a fiber-optic cable on the seabed. Satellites, even large planned networks like SpaceX’s Starlink system, cannot move data as quickly and cheaply as underwater cables.

When it was announced in 2017, the 13,000-kilometer PLCN was touted as the first subsea cable directly connecting Hong Kong and the United States, allowing Google and Facebook to connect speedily and securely with data centers in Asia and unlock new markets. The 120 terabit-per-second cable was due to begin commercial operation in the summer of 2018.

“PLCN will help connect US businesses and internet users with a strong and growing internet community in Asia,” they wrote. “PLCN will interconnect … with many of the existing and planned regional and international cables, thus providing additional transmission options in the event of disruptions to other systems, whether natural or manmade.”

Instead, it has been PLCN itself that has been disrupted, by an ongoing regulatory battle in the US that has become politicized by trade and technology spats with China.

Team Telecom, a shadowy US national security unit comprised of representatives from the departments of Defense, Homeland Security, and Justice (including the FBI), is tasked with protecting America’s telecommunications systems, including international fiber optic cables. Its regulatory processes can be tortuously slow. Team Telecom took nearly seven years to decide whether to allow China Mobile, a state-owned company, access to the US telecoms market, before coming down against it in 2018 on the grounds of “substantial and serious national security and law enforcement risks.”

Although subsidiaries of Google and Facebook have been the public face of PLCN in filings to the FCC, four of the six fiber-optic pairs in the cable actually belong to a company called Pacific Light Data Communication (PLDC). When the project was first planned, PLDC was based in Hong Kong and controlled by Wei Junkang, a Chinese businessman who had made his fortune in steel and real estate.

“It is just one of those moments where it is more difficult to land a cable, no matter who the Chinese partner is, because of the political situation.” – NYU professor Nicole Starosielski

In December 2017, Wei sold most of his stake in PLDC to Dr Peng Telecom & Media Group, a private broadband provider based in Beijing. That sent alarm bells ringing in Washington, according to a report in the Wall Street Journal last year. While Dr Peng is not itself state-owned or controlled, it works closely with Huawei, a telecoms company the Trump administration has accused of espionage and trade secret theft. Dr Peng has also worked on Chinese government projects, including a surveillance network for the Beijing police.

PLCN has been legal limbo ever since, with Google complaining bitterly to the FCC about the expense of the ongoing uncertainty. In 2018, it wrote, “[any further holdup] would impose significant economic costs. Depending on the length of the delay, the financial viability of the project could be at risk.”

Google and Facebook finally secured special permission to lay the cable in US waters last year, and to construct, connect and temporarily test a cable landing station in Los Angeles. But while the network itself is now essentially complete, Team Telecom has yet to make a decision on whether data can start to flow through it.

In the past, Team Telecom has permitted submarine cables, even from China, to land in the US, as long as the companies operating them signed what are called network security agreements. These agreements typically require network operations to be based in the US, using an approved list of equipment and staffed by security-screened personnel. Operators are obliged to block security threats from foreign powers, while complying with lawful surveillance requests from the US government.

In 2017, for example, Team Telecom gave the green light to the New Cross Pacific (NCP) cable directly connecting China and the US, despite it being part-owned by China Mobile, the state-owned company it later denied US access to on national security grounds.

“Normally there wouldn’t be so much fuss over a cable to China,” says Nicole Starosielski, a professor at New York University and author of The Undersea Network. “We’ve had cables to China for a long time and all of these networks interconnect, so even if they don’t land directly in China, they’re only a hop away. It is just one of those moments where it is more difficult to land a cable, no matter who the Chinese partner is, because of the political situation.”

In September, Senator Rick Scott (R-FL), who sits on Senate committees for technology, communications and homeland security, sent a letter to FCC Chairman Ajit Pai urging him to block PLCN. “[PLCN] threatens the freedom of Hong Kong and our national security,” wrote Scott. “This project is backed by a Chinese partner, Dr Peng Telecom & Media Group Co., and would ultimately provide a direct link from China into Hong Kong … China has repeatedly shown it cannot be trusted … We cannot allow China expanded access to critical American information, even if funded by US companies.”

Google and Facebook saw the writing on the wall. On January 29 last week, representatives from the two companies – but not PLDC – met with FCC officials to propose a new approach. A filing, made the same day, requests permission to operate just the two PLCN fiber pairs owned by the American companies: Google’s link to Taiwan, and Facebook’s to the Philippines.

“[Google] and [Facebook] are not aware of any national security issues associated with operation of US-Taiwan and US-Philippine segments,” reads the application. “For clarity, the [request] would not authorize any commercial traffic on the PLCN system to or from Hong Kong, nor any operation of the PLCN system by PLDC.”

The filling goes on to describe how each fiber pair has its own terminating equipment, with Google’s and Facebook’s connections arriving at Los Angeles in cages that are inaccessible to the other companies. “PLDC is contractually prohibited from using its participation interest in the system to interfere with the ownership or rights of use of the other parties,” it notes.

Neither company would comment directly on the new filing. A Google spokesperson told TechCrunch, “We have been working through established channels in order to obtain cable landing licenses for various undersea cables, and we will continue to abide by the decisions made by designated agencies in the locations where we operate.”

A Facebook spokesperson said, “We are continuing to navigate through all the appropriate channels on licensing and permitting for a jointly-owned subsea cable between the US and Asia to provide fast and secure internet access to more people on both continents.”

“I think stripping out the controversial [Hong Kong] link will work,” says Starosielski. “But whenever one of these projects either gets thwarted, it sends a very strong message. If even Google and Facebook can’t get a cable through, there aren’t going to be a ton of other companies advancing new cable systems between the US and China now.”

Ironically, that means that US data to and from China will continue to flow over the NCP cable controlled by China Mobile – the only company that Team Telecom and the FCC have ever turned down on national security grounds.