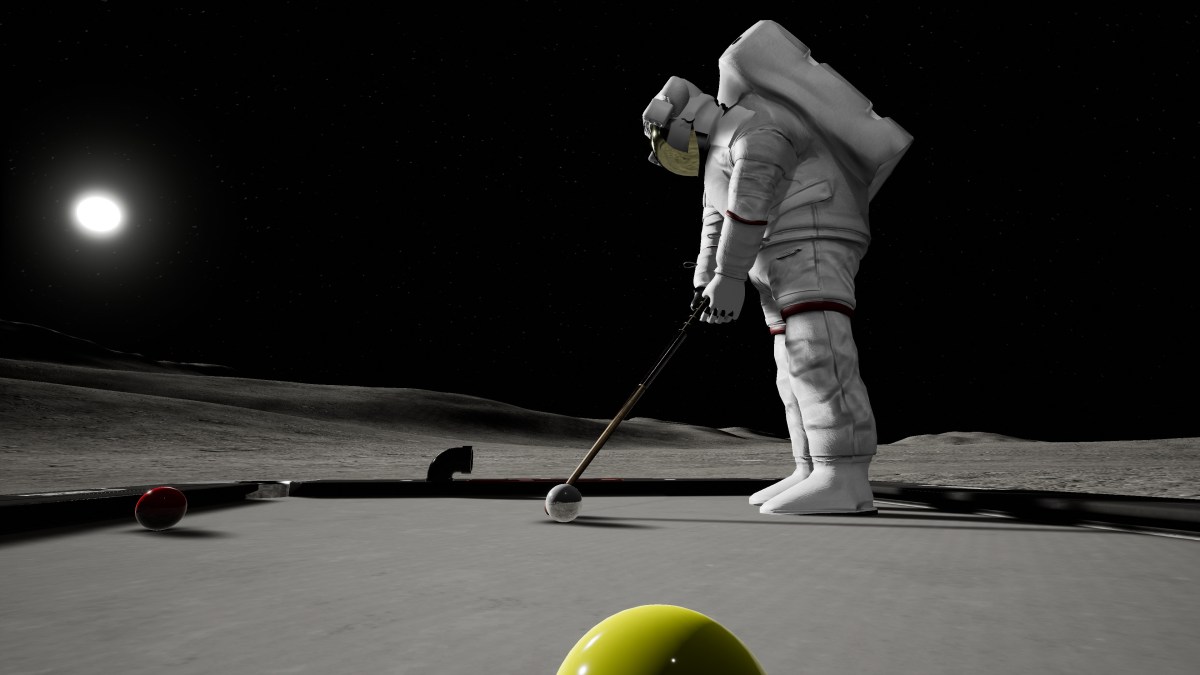 Golf Pool VR does pretty much exactly what you would expect from it. That’s right — you play 8-ball pool with a golf club in VR.

Golf Pool VR has five different environments across 10 single-player levels, and it also features a two-player competitive mode. The trailer shows one of these environments — a rainy cyberpunk-esque city that sees you adopt an armor-clad avatar playing pool on the side of the road. In the game’s Steam description, the developer mentions “the solitude of the moon or the adrenaline rush of a game or two on top of a skyscraper” as other settings, along with screenshots that include a garden environment.

The project has been a solo development project over the last one-and-a-third years, according to the developer on Reddit. There is no set release date; however, the developer notes that if everything “goes smoothly,” the game should release on Steam in about two months.