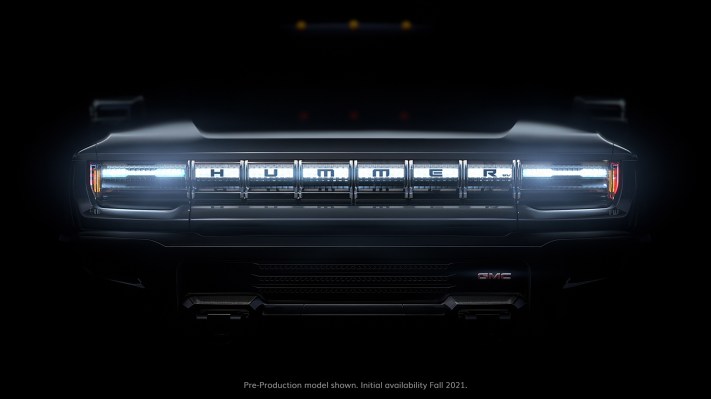 GM is bringing back the Hummer in a new electric form. The automaker confirmed Thursday plans to produce an all-electric Hummer with 1,000 horsepower and the ability to accelerate from zero to 60 miles per hour in 3 seconds.

This “super truck,” which GM teased in several videos, will be under its GMC brand. The teasers, one of which is posted below, were released ahead of a 30-second Super Bowl ad for the Hummer called “Quiet Revolution” that will star NBA phenom LeBron James.

All of these videos and the ad will lead into a big reveal scheduled for May 20.

GM isn’t releasing information on the base price of the Hummer. The automaker did share some eye-popping specs, including it will produce the equivalent of 1,000 horsepower, have a 0 to 60 mph acceleration of 3 seconds and 11,500 feet of torque.

“GMC builds premium and capable trucks and SUVs and the GMC HUMMER EV takes this to new heights,” Duncan Aldred, vice president of global Buick and GMC, said in a statement.

The company said the Hummer EV will be produced at its Detroit-Hamtramck assembly plant in Michigan. On Monday, GM announced plans to invest $2.2 billion into its Detroit-Hamtramck assembly plant to produce all-electric trucks and SUVs, as well as a self-driving vehicle unveiled by its subsidiary Cruise. The automaker said it will invest an additional $800 million in supplier tooling and other projects related to the launch of the new electric trucks.

GM will kick off this new program with an all-electric pickup truck that will go into production in late 2021. The Cruise Origin, the electric self-driving shuttle designed for ridesharing, will be the second vehicle to go into production at the Detroit area plant.

Detroit-Hamtramck will be GM’s first fully dedicated electric vehicle assembly plant. When fully operational, the plant will create more than 2,200 jobs, according to GM.