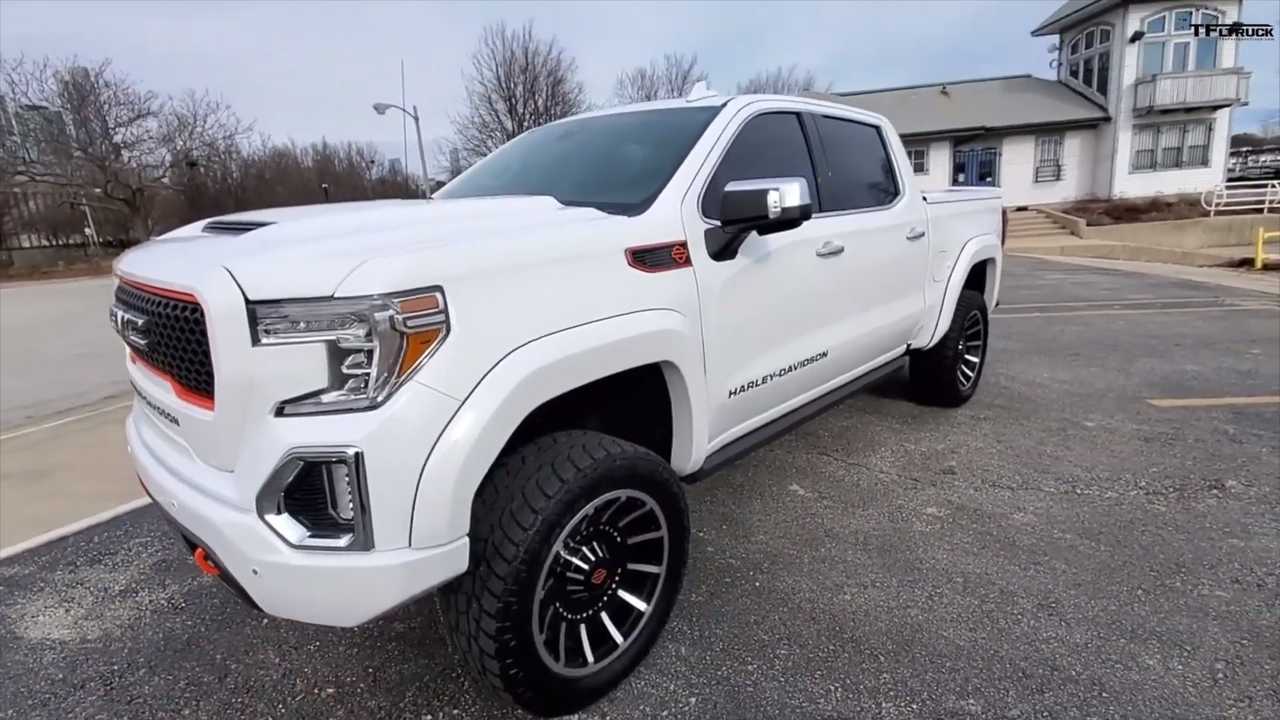 It was a surprise to learn that a new Harley-Davidson pickup truck was coming out without a Ford badge. That’s what happened at the beginning of this year, however, when the new Harley GMC Sierra was revealed for the 2020 model year. As with the reborn Ford version last year, this new truck isn’t a factory-built offering. It actually comes from Tuscany Motor Co. which, in partnership with GMC and Harley-Davidson, turns a Sierra 1500 SLT into an orange-trimmed truck with biker attitude.

Save Thousands On A New GMC Sierra 1500 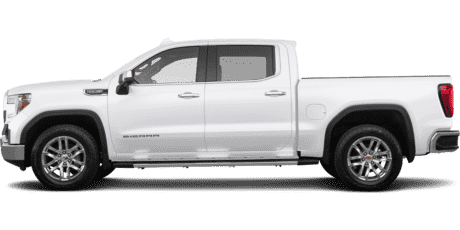 The announcement came with a host of photos, but this new video from The Fast Lane Truck takes us up-close and personal with the GMC hog. There’s certainly no mistaking it for a run-of-the-mill Sierra, starting up front with the custom orange-trimmed grille, orange tow hooks, and LED light bar in the lower bumper. The truck also wears a custom hood with a big scoop, and there’s Harley branding everywhere – outside and throughout the interior.

The wheels are modeled after iconic Harley Fat Boy motorcycle wheels and measure a whopping 22 inches in diameter. They’re shod with 35-inch off-road tires, and to complete the macho makeover, an upgraded exhaust system exits out the rear through a large pair of snazzy tips. The exhaust doesn’t add any power to the standard-issue 6.2-liter V8 under the hood, but it certainly adds noise as the video demonstrates. A BDS suspension lift with Fox Shocks rounds out the crux of the upfit.

In the old days of factory-built Harley-edition Fords, it wasn’t too tough to get once since they were mass-produced. With the work being done by Tuscany Motor Co., however, this new GMC Harley-Davidson edition is a bit more exclusive. Only 250 are planned for production, available in either Summit White, Satin Steel Metallic, or Onyx Black. That also means the trucks are quite expensive, with a sticker price starting at $94,995.