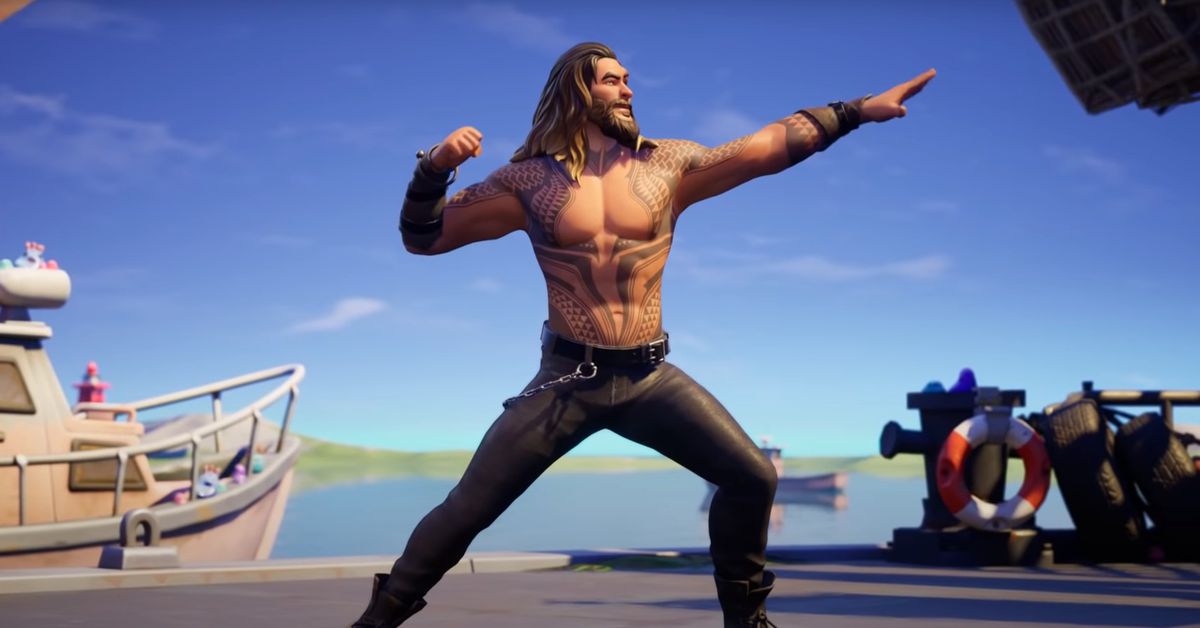 Fortnite’s newest season is here, and that means a whole slew of new skins to unlock through the battle pass. This season’s pass has a distinctly nautical theme, which makes sense now that the entire map is flooded, but there’s more than just ocean accessories to unlock this time around.

The top-tier skins are all variations on old classics, though. One of them is a new female knight skin with dark armor and red accents that echos Fortnite’s older knight skins from the early seasons. Meanwhile, the second skin is a fox-masked character with dark clothes and lightning crackling around him, which calls back to season 5’s Drifter skin.

On top of those regular skins, the battle pass is also the key to unlocking the new Aquaman skin, but you’ll also need to complete some challenges to get it. This is the second season in a row that a superhero has joined the Fortnite cast after Deadpool crashed season 2.

A completely new addition to this season’s pass is the new customizable umbrella glider. Umbrella gliders have long been reserved as each season’s victory reward — meaning you only unlocked one after you won a match that season — but Epic is changing things up a bit. Players will unlock this umbrella at battle pass level 5, but that will only get you the most basic version. From there players can earn dozens of customizable pieces so they can create exactly the umbrella they want.

The season 3 battle pass costs players 950 V-Bucks ($9.50) to unlock the full pass, or you can spend 2,800 ($24.99) V-Bucks to unlock the battle pass and its first 25 levels. If you’d rather not pay for the pass, you’ll still be eligible for the free rewards — which are a lot less exciting than the skins. However, you can always start with a free battle pass, then unlock the full version when you’ve earned a few levels. As always, your progress will carry over.

The season 3 battle pass is available in-game now, and is set to last until Aug. 26.

Microsoft’s 4K-ready Xbox One X is often on sale for much lower than its $499 launch price — Microsoft is currently selling bundles for $399.