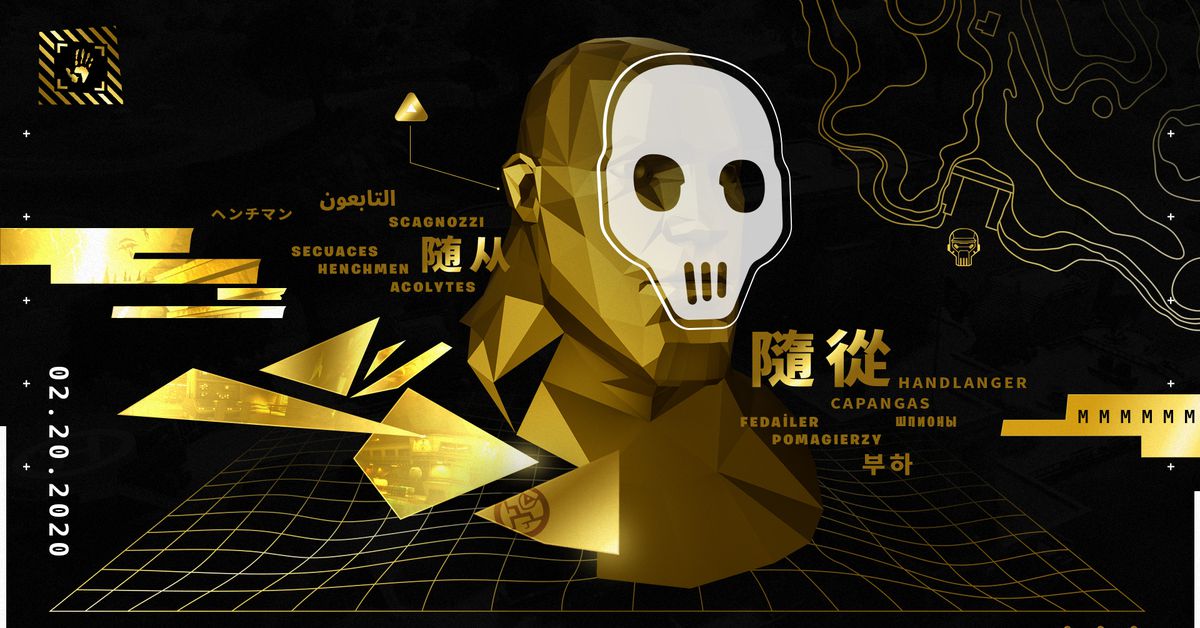 After numerous delays, it finally seems like Fortnite chapter 2 season 2 will start soon. As a lead up to the season’s launch, Epic is releasing teasers, just like it normally does. But this season’s teasers are a lot more confusing than they’ve been in the past.

The teasers started on Monday morning with a few cryptic tweets from the Fortnite account. Everything in the tweets is black and gold — the Fortnite logo in the Epic launcher has changed to the same color scheme. The first tweet said, “Transmission Intercepted,” and every subsequent tweet appeared to be some kind of encoded message that had been scrambled.

The scrambled tweet images eventually came together to present a face with a mask on, and a later image of a bundle of dynamite. But there’s no telling what any of this actually means.

Meanwhile, in the Fortnite Discord server, a bot has been randomly “activating” users. The bot is called The Agency, which seems to be some kind of in-universe secret organization working to do something on the Fortnite map.

The Agency popped up once again on Tuesday morning when posters went up all over the world. The posters had images similar to the Fortnite tweets, along with phone numbers. There are a variety of different numbers, each with a different short message. Most of them talk about agents being activated or about The Agency searching for new recruits.

One particularly interesting message, from the phone number on the US posters, mentions an “oil rig operation” that’s now up and running. In the Fortnite account’s second scrambled tweet there appears to be an image of a large boat out in the water which, along with the oil rig message, could make for more off-shore points of interest in season 2.

For now, these gold-themed teasers are all we have to go on, but there will likely be more teases coming up in the next couple of days, all leading up to the big reveal when chapter 2 season 2 goes live on Feb. 20.