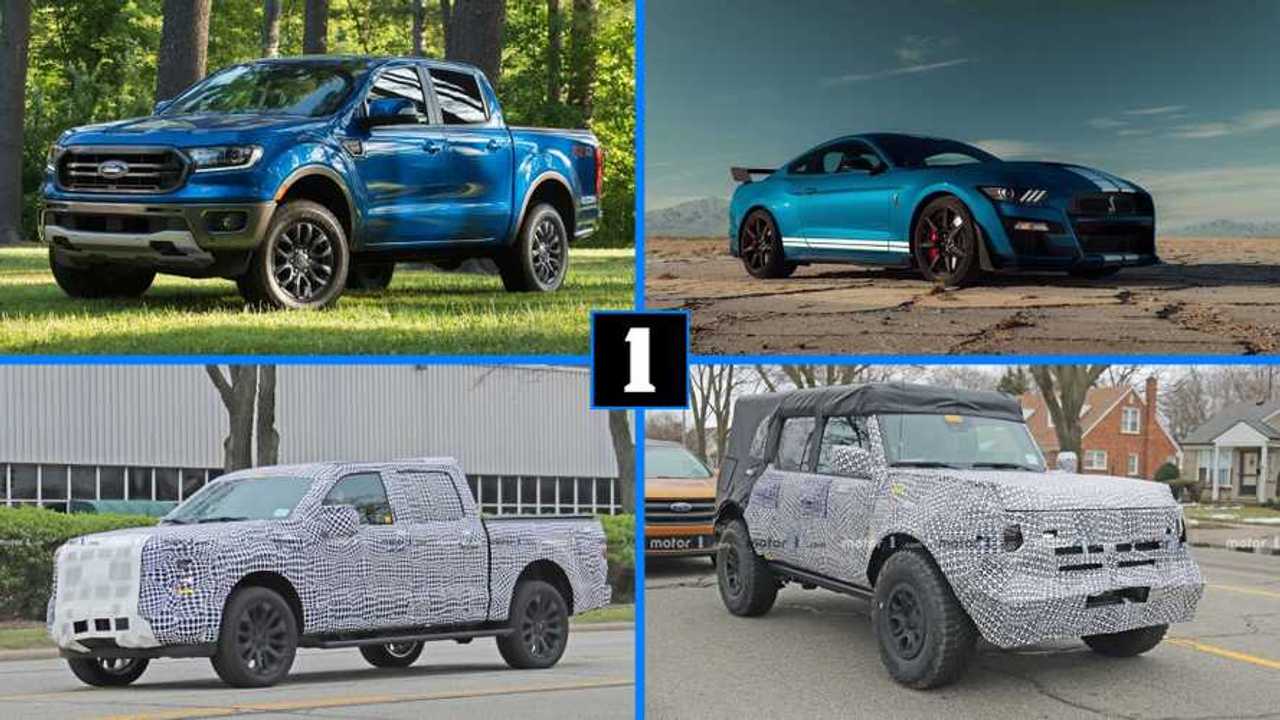 We get an exclusive look into the near and distant future for Ford’s most iconic nameplates.

Here’s some juicy Blue Oval insider news to start your week. Motor1.com received a tip outlining Ford’s future production schedule for several notable models, including the next F-150 and Mustang. The anonymous tip also gives us interesting insight for the Bronco and Ranger, as well as long-term F-150 development beyond the new truck debuting this year. The information can’t be confirmed obviously, but it comes from a reliable source familiar to our staff and it does line up with previous tips we’ve received, as well as recent leaks from Ford proper.

We’ll start with the Bronco, as that’s the Ford-badged vehicle arguably garnering the most attention at the moment. Ford has confirmed it will debut this spring, though our insider says production won’t begin until late 2020 – December 7 to be precise. As such, new Broncos won’t arrive for customers until January or February 2021, depending on the two-door or four-door variant.

Save Thousands On A New Ford F-150

With Chevrolet and Ram having released new pickup trucks in the last year, pressure is on Ford to keep the F-150 competitive. A redesigned truck is coming for the 2021 model year and our source says pilot production is already underway at Ford’s Kansas City assembly plant, with standard production set to begin in August. The other F-150 plant in Detroit will start production a couple of weeks ahead of Kansas City in July, but we still don’t know when the official reveal will take place.

We’re also told the new F-150 will be an evolutionary redesign, but it’s not an all-new truck. It will continue to use the underpinnings that debuted in 2014, and Ford’s full-size SUVs will use the same platform when redesigned models arrive next year for the 2022 model year. Beyond that, a next-generation F-150 is in the works that will use a completely new chassis; it will allegedly arrive in 2026.

Moving up the ladder, a next-gen Super Duty truck should enter production in late 2022 for the 2023 model year. Stepping down a notch, the next-generation Ranger is said to reach the U.S. in 2022 but it will apparently be available outside the U.S. starting in 2021. And for the F-150 Raptor fans, the performance off-road truck will return with the F-150’s redesign and go on sale in the summer of 2021.

Lastly, we come to Mustang. Sales for Ford’s pony car have been falling in recent years and thanks to a recent job posting from Ford, we know an all-new car (dubbed S650 internally) is coming in 2022 as a 2023 model. Our insider offers a bit more insight, saying it will launch the last week of June 2022. Furthermore, it won’t be an entirely new car – it will still utilize a variation of the current platform and we’re told it will only stick around for about five years. Beyond that, a completely new Mustang is expected at some point beyond 2025.

Is this how things will actually pan out at Ford? Only time will tell, and there are all kinds of external factors that could affect some of these long-term plans. But for the near-term, the math adds up for us.