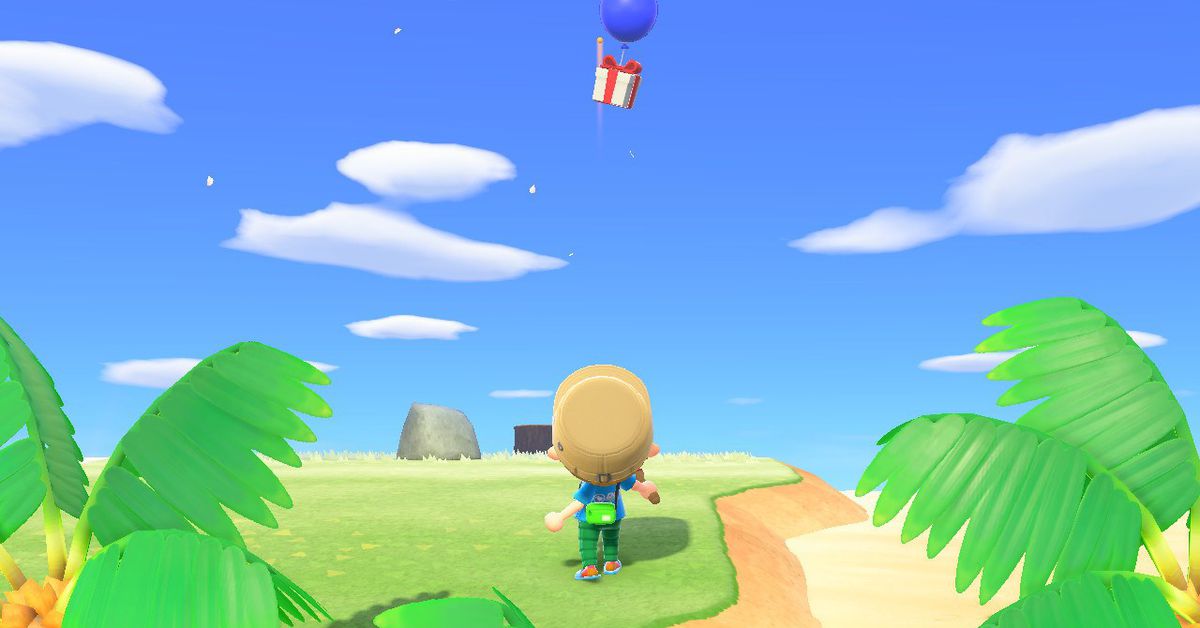 Balloons are some of the most sought-after objects in Animal Crossing: New Horizons on Switch. The presents they carry can contain new furniture, clothing or — gasp! — DIY recipes you don’t know yet. During events like the cherry blossom event, they are one of the only ways to get cherry blossom recipes, and that is likely to continue for future events in New Horizons.

Unfortunately the balloons are fickle and seem not to show up with any sort of consistency. But thanks to some sleuthing by Twitter user @Arumi_kai, it seems there’s a consistent way to get them to show up every five minutes. It’s a little complicated, but not difficult once you get the hang of it. Here are the steps.

Step #1: Know where your balloons are coming from

Balloons won’t always fly in from the same side of the island. The side they spawn in on changes after sundown, so check to make sure you know where the the balloons are currently spawning from. For example, after you see one in your town moving from left to right, you’ll know that balloons are spawning over the ocean on the left side of your island.

You can safely assume that whatever side they come in on, it’ll be flipped after sundown, so keep that in mind.

Don’t worry: This gets less complicated once you get through this step.

In order to force a balloon to spawn, you need to head to Nook’s Cranny. Walk over to one of the objects for sale, get the prompt where you inquire about the price, and then reject the sale (as pictured in the shot above).

Now head outside to the beach where the balloons are coming in from.

Step #4: Run up and down the beach

Even though the balloons spawn on the fourth and ninth minute, they may not be visible until the fifth or 10th minute because of the time it takes for them to reach the beach. Just keep running up and down the beach, paying extra close attention to the clock. When the last minute reads five or zero, there’s a good chance you’ll be able to spot a balloon.

Step #5: Shoot down the balloon and repeat

Once you shoot the balloon down, pick up the present and head right back to Nook’s Cranny, returning to Step #3. If you do these steps in succession you’ll never have to worry about the clock again, as you’ll always have enough time to run back and forth between Nook’s Cranny and the beach for another round. It’s really just that first attempt that requires some precision.

Unfortunately, even though you’ll now see way more balloons and presents, the odds of you getting something you’re looking for (like a rare DIY recipe) are still very low. Getting all of the DIY recipes for an event using this method could still take a few hours, and the most common reward from balloons is a bag of Bells. But hey, you’ve got nowhere to be, right?