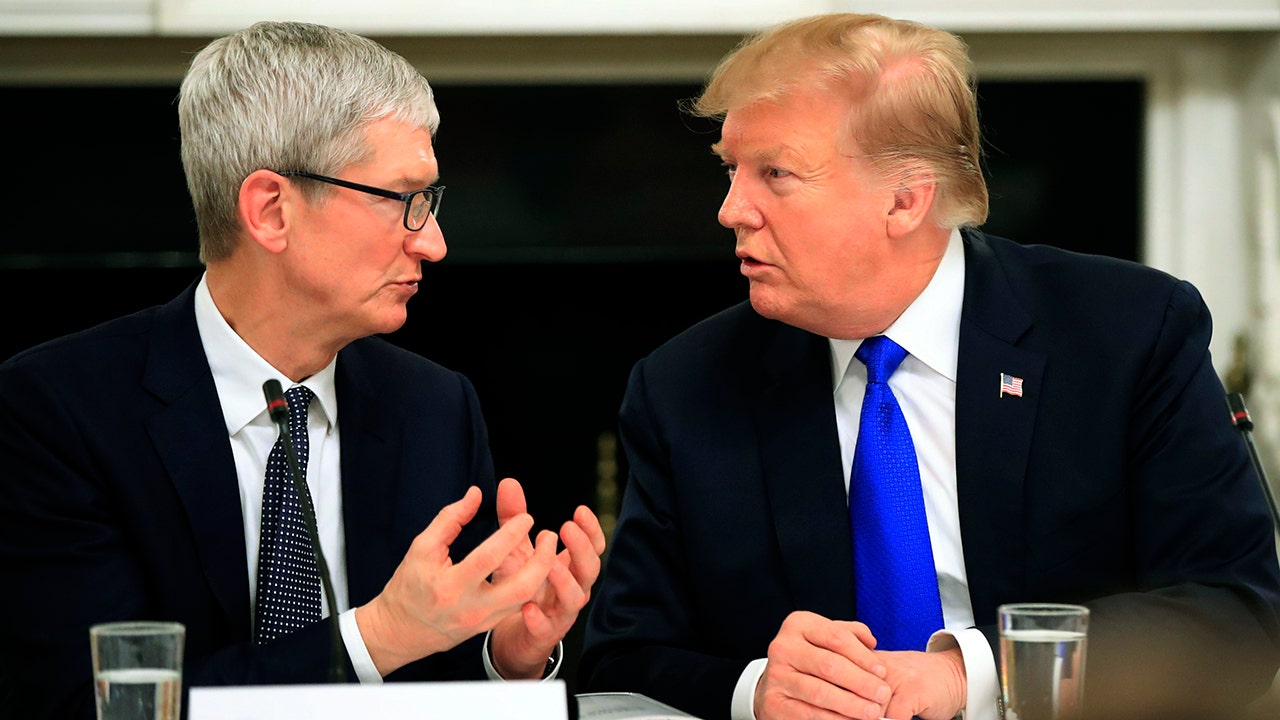 Tim Cook admits he and President Trump have differences, but the CEO who succeeded founder Steve Jobs at Apple emphasized that they agree on how to address some of the country’s biggest challenges.

“I care a lot about creating jobs, and I think the president does, as well,” Cook said in an interview with FOX Business’ Susan Li in Alabama, where he was helping launch an initiative with Birmingham City Schools to train underserved communities in digital coding. “I care a lot about training the workforce for the future, and I think the administration is really focused on this, as well. I think one of the U.S.’s major challenges is to solve this issue.”

Their goals intersect in other areas, too: The Trump administration recently worked with Apple to bring its first retail store to India, something it was unable to do previously because the country had demanded that the iPhone maker take on an Indian partner first.

“We didn’t want to do that. We want to maintain control over our brand,” Cook said. “The administration worked on this with the Indian government, and that change has been made, so we are very, very positive about entering in online this year and retail next year.”

Back in the U.S., Cook said, he’s keenly aware that the rapidly evolving tech industry is disrupting the workforce even as it creates opportunities.

The country has to “make sure education is preparing people for the disruption and the creation,” he said. “If we do that, we can flourish in this environment, but if we don’t, we leave a lot of people behind, and that should be unacceptable for all of us.”

Both job creation and education should be nonpartisan, he added.

“If you read, Tim Cook of Apple said that they’re now in full operation again in China,” the president said.

The Birmingham program that Cook was helping to launch is part of the Community Education Initiative, an extension of Apple’s ConnectED education program, started in 2014. The initiative is active in cities from Austin to Houston, Boise, Columbus, Chicago and Nashville.

APPLE EXPANDING IN WORLD’S SECOND MOST POPULOUS NATION NEXT YEAR

“As our society continues to evolve and advance, more and more job opportunities of the future will require digital skills, and helping our communities prepare for that is our priority,” Ed Farm Program Director Chris McCauley said in a Thursday statement. “We are thrilled at this initiative’s potential as it continues to move forward.”

During his visit, Cook participated in a coding demo on an iPad for students and educators and planned to stop by a fourth-grade classroom using iPads.

“It’s heartwarming to see students take to products and accelerate their learning cycles,” Cook told Li. “You saw these kids down here — they’re already doing podcasts and other kinds of things that bring out communication skills and a whole variety of other skills.”

GET FOX BUSINESS ON THE GO BY CLICKING HERE

The Associated Press contributed to this report.