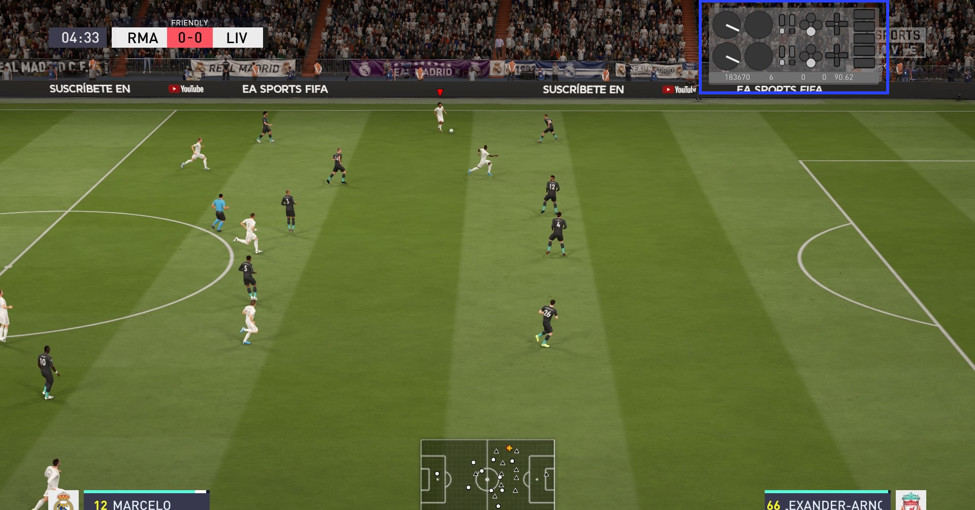 FIFA 20 developers back in December promised improvements to connectivity and responsiveness for its online multiplayer modes. Friday, they announced the next stage of their work, which is a test to help them understand what’s really causing these problems.

That involves reaching out to a group of volunteer players and giving their versions of the game an on-screen button overlay (pictured above). That overlay will do two things: Show the players how their inputs are received in real time, and also let developers understand how the connection with the data center may be affecting that responsiveness. Further, EA Vancouver developers will be able to better analyze match replays to see what exactly the trouble is regarding input lag, input loss, game speed, and even freezing.

EA Vancouver said it’s possible that other live studies of the game will follow this one. “This is only one part of our overall connectivity and responsiveness efforts,” they wrote in a blog post on Friday.

Although input responsiveness in online play has been an ongoing issue over several years in the FIFA franchise, it seems particularly bothersome to FIFA 20; or, at least, EA Vancouver has finally had enough and is trying to at least show diligence in fixing the problem.

Complicating matters, as anyone in IT could tell you, is that real-world networking conditions can make it hard to reproduce, or even isolate, what the problem is. That said, no player wants to hear a developer blame this on hardware, ISPs, weak WiFi signals or other things the studio isn’t responsible for. Thus, the live tests are the best process anyone can think of right now.

“Once we identify a potential change and have tested it internally, we determine a group of volunteer players who can give us actionable feedback,” EA Vancouver wrote. “Although our internal investigations are able to simulate countless netowrking scnarios, it’s always helpful to look at real-world data as well.”

That said, “You can think of this like any real-world study; they take time to generate actionable results,” the studio said. “We look to make large scale changes when we’re certain of their long term effects.”