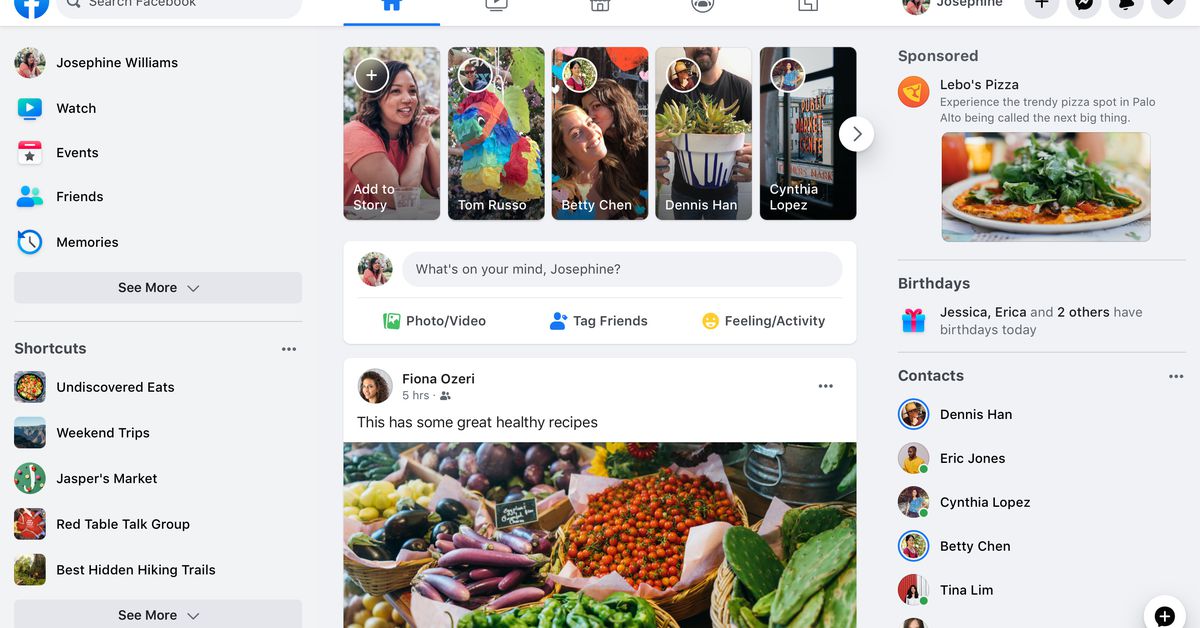 Facebook has begun rolling out the overhauled version of its desktop site. Starting today, users have the option to opt in to the new design, which places a heavier emphasis on two of Facebook’s most critical features: events and groups. The redesign was previously exclusive to the Facebook mobile app and was first announced at the company’s F8 developer conference last year.

“Starting today, the majority of people on Facebook will have access to the new desktop design,” a Facebook spokesperson tells The Verge. “People can opt-in to try out the new design before it becomes default later this year.” So if you don’t have access now, it should be showing up shortly.

Similar to the mobile app redesign last year, the new desktop layout gives you quicker access to some major Facebook features and employs a cleaner, simpler design with more generous amounts of white space. The redesign includes larger fonts and sleeker icons, a dark mode, and a simplified layout with fewer columns of information to look at. Facebook Stories have been moved above the “Update Status” box, while just above the “Stories” section, there’s a redesigned menu bar housing several tabs previously found in the left-hand corner of the screen, such as Events and Marketplace.

The most significant change in the desktop’s design is the new “Groups” tab located on the redesigned menu bar. Clicking on the tab will bring you to a personalized feed of updates from groups you are a member of while also suggesting groups for you to join based on your interests.

Facebook has committed to transforming its social network into a “privacy-focused communications platform,” in part by pushing more focus on groups and events. Groups currently has 400 million active users (many more users belong to inactive groups or don’t check them regularly), while 700 million people use Facebook Events each month. The new design makes those two products more prominent, and Facebook hopes people will be more inclined to use them as reliance on the News Feed continues to shrink.