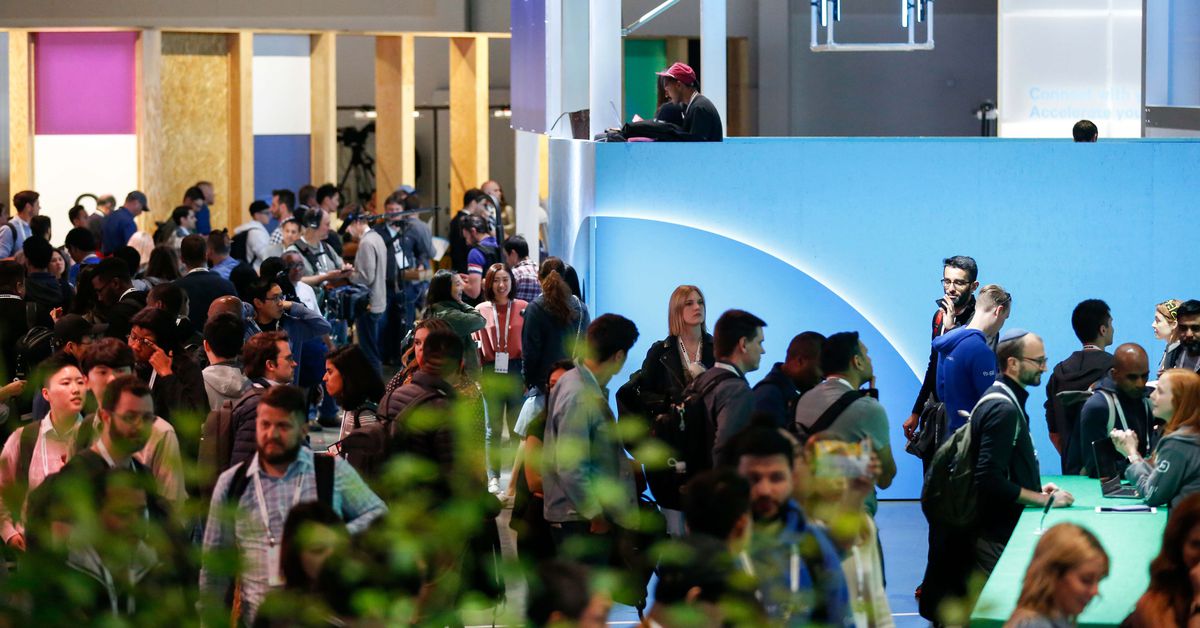 The Covid-19 coronavirus is prompting major tech conferences around the world to cancel their events — so far, at least three major ones have been called off entirely, including Facebook’s annual F8 developer conference. It’s an unprecedented disruption to the usual packed lineup of annual tech events every spring.

The cancellations of some of the biggest tech events of the year seem to be a sign of what’s to come in other sectors as fears mount that the coronavirus will become a pandemic. The US tech industry shares close ties to China, where the outbreak started, and some in the industry were so concerned about the virus that they took early precautions, like discouraging handshakes and requiring employees who have recently traveled to China to work from home.

The tech event cancellations also come at the same time public health leaders are considering how other, larger global events outside of tech, like the Tokyo summer Olympics, should respond if the outbreak continues to spread in the months ahead. Japan’s prime minister recently took the drastic step of closing all of the country’s schools for a month to try to contain the virus’s spread.

Covid-19 has taken the lives of 2,810 people as of Thursday and infected over 80,000 people. In the past week, the number of new cases of the virus outside of China, in the US, Italy, Japan, and other countries has been surging. That worries global health experts, who say there’s now less of a chance that it can be contained.

On Thursday, Facebook said that due to concerns about the virus, it’s canceling F8 — its biggest event of the year, which last year attracted thousands of attendees from dozens of countries. Instead, it will put on smaller “locally hosted events, videos and live streamed content.”

F8 is one of several big tech conferences, including Mobile World Congress in Barcelona, that have been canceled altogether or negatively impacted due to coronavirus. Also on Thursday, Microsoft and Epic Games pulled out of one of the video game industry’s major conferences, Game Developers Conference, in San Francisco on March 16 to 17.

Industry leaders are particularly concerned about events in tech’s capital in the San Francisco Bay Area, which has some of the highest travel rates to and from China, when compared to other regions in the US. Earlier this month, Facebook canceled a 5,000-person marketing event in San Francisco scheduled in March due to similar concerns. And on Tuesday, the mayor of San Francisco declared the city to be in a state of emergency, although there are still zero confirmed cases of the novel coronavirus in the city. Concerns are increasing after the Center for Disease Control and Prevention confirmed that a person in Solano County, in Northern California, has been diagnosed with the virus who seemingly had no ties to anyone overseas with the disease, suggesting that the coronavirus may now be spreading in the US, person-to-person.

Meanwhile, some other major tech conferences, such as the RSA IT security conference in San Francisco’s Moscone Center, which attracts some 40,000 attendees annually, carried on as planned this week and featured speakers from Facebook, Twitter, and Google. IBM, AT&T Cybersecurity, and Verizon, however, pulled out over coronavirus fears. Organizers reportedly encouraged attendees to knock elbows instead of shake hands and placed ample hand sanitizer stations in the conference halls.

Considering Facebook and other major tech companies have canceled or pulled out of conferences — it raises the questions about whether other major conferences will do the same.

Google and Apple are also scheduled to have major conferences in the San Francisco Bay Area in May and June, respectively. Google confirmed that it is currently planning to host its I/O conference on May 12 to 14 in Mountain View, and that it’s following World Health Organization and Center for Disease Control and Prevention best practices.

Recode is also hosting its annual Code tech conference in May in Los Angeles. The conference is considerably smaller than others that have been canceled, such as Mobile World Congress, which had over a hundred thousand attendees last year.

“We are watching this closely to see what happens between now and the end of May. The health and safety of our community is of utmost importance to Recode and Vox Media.” Shannon Thompson, the executive director of conferences for Recode, said.

South by Southwest, another conference that attracts many people in the tech industry and that draws over 30,000 people, said it plans to continue with the event on March 13 to 22. A spokesperson sent the following statement to Recode:

The SXSW 2020 event is proceeding as planned. Safety is a top priority for SXSW, and we work closely with local, state, and federal agencies year-round to plan for a safe event. Where travel has been impacted, especially in the case of China, we are seeing a handful of cancellations. However, we are on par with years past in regard to registrants who are unable to attend. We are increasing our efforts to prevent the spread of disease per Austin Public Health’s recommendations. We will continue to monitor the situation closely and will provide updates as necessary.

Apple did not respond to a request for comment by the time of publication.