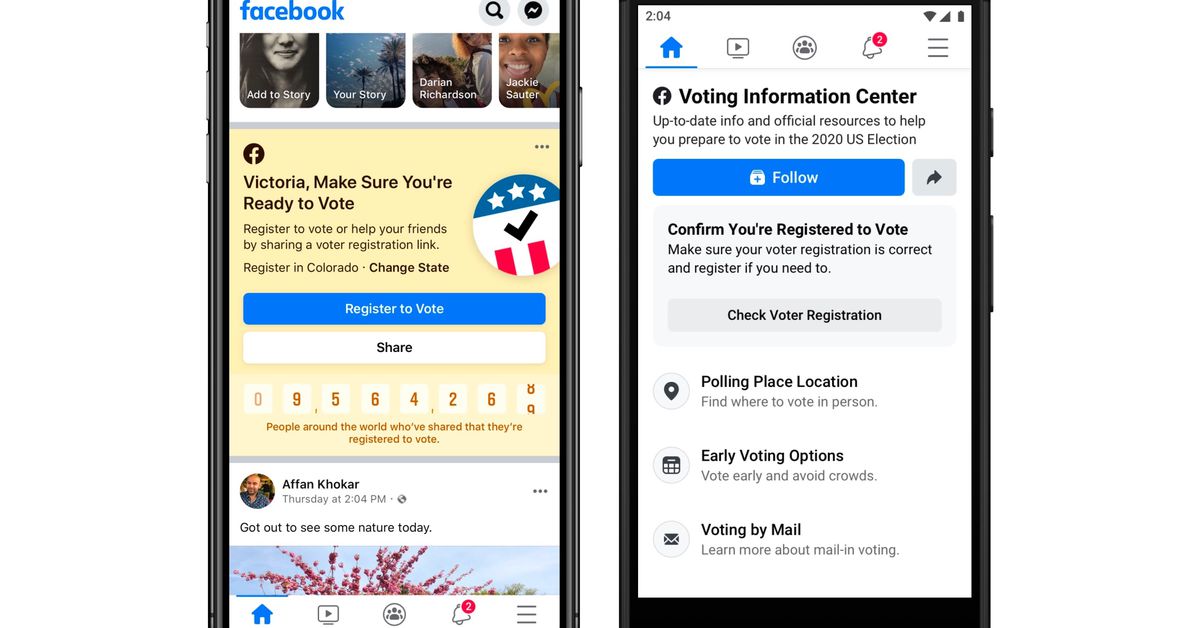 Critics say Facebook is actively enabling the spread of political misinformation online, but the social network has now come up with its own idiosyncratic solution: shift responsibility to the public at large by letting users “turn off” political ads they don’t like.

Facebook announced the feature as part of a campaign ahead of the 2020 US elections, which it hopes will increase voter turnout. The company is launching a new “Voting Information Center” that will tell people how and where to vote, as well as offering information on how to register to vote and how to vote by mail. Users can also turn on alerts that will remind them to vote and direct them to polling places come November.

In a op-ed published in USA Today, Facebook CEO Mark Zuckerberg acknowledged that although ”many people want us to moderate and remove more of [politicians’] content,” he believes “accountability only works if we can see what those seeking our votes are saying.” Instead of removing misinformation, the company’s focus will be on registering voters.

“Voting is voice,” writes Zuckerberg. “It’s the single most powerful expression of democracy, the best way to hold our leaders accountable and how we address many of the issues our country is grappling with.”

These contentious issues include Facebook’s own policies on political speech. It allows politicians to lie in paid adverts to users and has turned a blind eye to threatening posts from President Trump, a policy that has attracted widespread criticism, including from the company’s own employees and presumptive Democratic presidential nominee Joe Biden.

In an open letter written to Zuckerberg published last week, Biden said the company’s decision to allow misinformation from politicians “[poses] a threat to free and fair elections.”

Facebook was also criticized after saying it would not take action against a post by President Trump that responded to widespread protests in the US against racial and police violence by saying “when the looting starts, the shooting starts.”

Twitter restricted the same message on its platform for “glorifying violence,” and, in contrast to Facebook, banned all political ads last year. As part of that announcement, Twitter CEO Jack Dorsey seemed to take aim at Facebook’s policies, tweeting: “[I]t‘s not credible for us to say: ‘We’re working hard to stop people from gaming our systems to spread misleading info, buuut if someone pays us to target and force people to see their political ad…well…they can say whatever they want!’’

Facebook says the new options for users to turn off political ads will launch today “for some people” and roll out across the US in “the next few weeks.” Users will be able to hide ads by clicking on the advertisement itself or going through a menu in the app’s ad settings.

The company says users will be able to turn off “all social issue, electoral or political ads from candidates, Super PACs or other organizations that have the “Paid for by” political disclaimer on them.” The same options will also be available on Facebook-owned Instagram.

Facebook says its goal is to “register 4 million voters this year using Facebook, Instagram and Messenger,” double the number of people it estimates it helped register in 2016 and 2018. The company notes that giving users clear information on voting will be even more important due to the confusion caused by COVID-19.