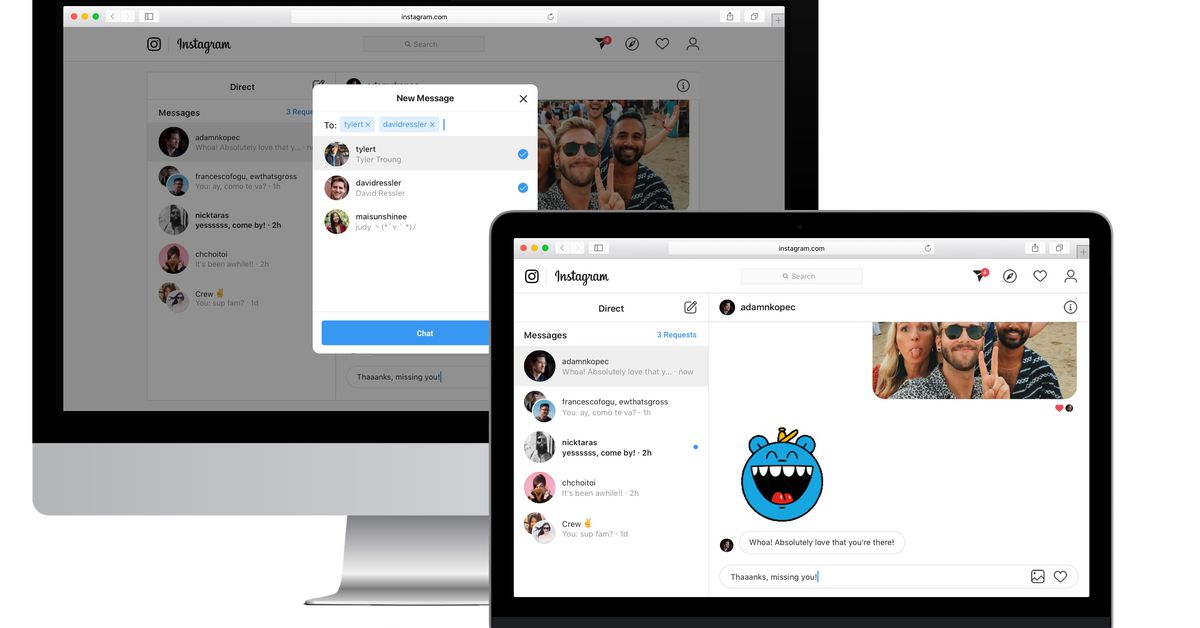 Instagram’s making it easier for people to send direct messages from their browser. The company announced on Friday that it’s rolling out access to DMs on the web to everyone globally. The rollout starts today at 10AM ET.

Instagram has been testing web DMs with a small group of users since January, and the experience isn’t changing with the wider rollout. Since that test started, Instagram has made small updates to more closely mimic DMs on the app, like including the emoji keyboard and adding a gallery view to photos and videos.

Web DMs are especially convenient for people who use Instagram all the time, like reporters, influencers, and social media managers. It’s the easiest way to communicate privately on the platform, especially if someone is trying to respond to possibly hundreds of messages a day. Even for non-power users, typing on a laptop keyboard is easier than typing on their phone screen, so they might be more incentivized to chat over Instagram DM if they can access their inbox through a browser.

Bringing DMs to the web fits with Facebook CEO Mark Zuckerberg’s broader vision for the company’s future. Zuckerberg told The New York Times last spring that “private messaging, groups, and Stories” were the “three fastest-growing areas of online communication,” and the company announced a year ago that it would shift toward becoming a “privacy-focused communications platform” with a focus on encryption.

He also said he eventually wants to allow Facebook, WhatsApp, and Instagram users to message each other, regardless of the platform they’re using. The browser could potentially play an important role in making this system work, if only to give users even more flexibility about where they have conversations.