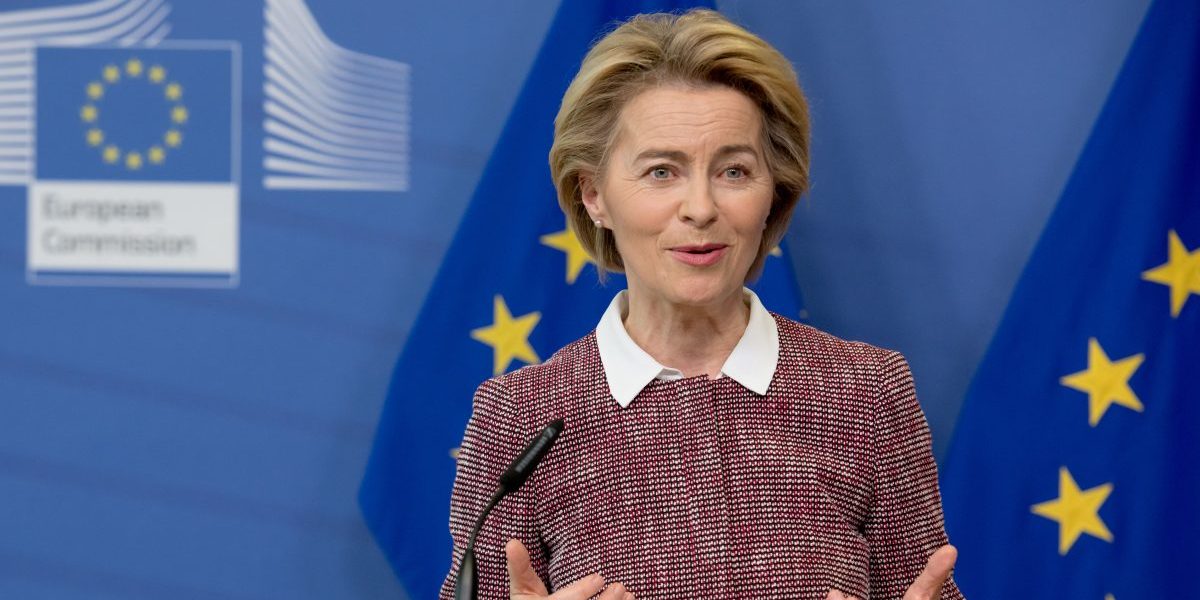 The European Commission today unveiled a sweeping set of proposals that it hopes will establish the region as a leader in artificial intelligence by focusing on trust and transparency.

The proposals would lead to changes in the way data is collected and shared in an effort to level the playing field between European companies and competitors from the U.S. and China. The EC wants to prevent potential abuses while also building confidence among citizens in order to reap the benefits promised by the technology.

In a series of announcements, EC leaders expressed optimism that AI could help tackle challenges such as climate change, mobility, and health care, along with determination not to let private tech companies influence regulation and dominate the data needed for development of these algorithms.

“We want citizens to trust the new technology,” said Ursula von der Leyen, president of the European Commission. “Technology is always neutral. It depends on what we make with it. And therefore we want the application of these new technologies to deserve the trust of our citizens. This is why we are promoting a responsible human-centric approach to artificial intelligence.”

She added that today’s proposals include “key enablers to make the most of technology, and an ecosystem of trust which mitigates the risk that artificial intelligence may pose to our fundamental values.”

In recent years, Europe has been trying to carve out a distinct identity when it comes to technology development and regulation. The continent faces a tricky balancing act as it tries to crack down on abuses by large tech companies while encouraging local innovation and startups.

While transformative technologies like AI have been labeled critical to economic survival, Europe is perceived as slipping behind the U.S., where development is being led by tech giants with deep pockets, and China, where the central government is leading the push.

With its latest digital strategy, the EC wants to encourage more cooperation between public and private sectors. The plans call for finally creating a digital single market across the continent, a goal the EC has pursuing for years with only limited results.

The belief is that pooling data from governments and businesses can create a critical asset Europe can use to leverage AI development. The concern at the moment is that the bulk of data, particularly from individuals, is being gathered and controlled by a handful of corporations.

To boost competition, the EC wants to gather that data in a way that makes it widely available to entrepreneurs interested in using it as the foundation for new services and startups. By the same measure, to make citizens comfortable with this centralization of data, the proposals call for rules that would come with strict guidelines and oversight for development of AI.

“We want a fair and competitive economy,” said Margrethe Vestager, vice-president of the European Commission for a Europe Fit for the Digital Age. “Full single markets, where companies of all sizes can compete on equal terms, where the road from garage to startup is as short as possible. But it also means an economy where the market power held by a few incumbents cannot be used to block competition. It also means an economy where consumers can be sure that their rights are being respected and where profits are being taxed where they’re made.”

The proposals call for development of rules that prevent such problems as bias in algorithms that could lead to discrimination. It also wants to create a certification process for “high risk” uses of AI, such as in vehicles. For less risky uses, the EC is considering a voluntary labeling system to disclose information around the algorithms and data used.

“We have to make sure that the data used is free of any bias,” von der Leyen said. “If you feed an algorithm with data that is being mainly produced in a field where you have men in the medical sector, then an AI-driven therapeutic or diagnostic instrument will not be fit for purpose if you have a population where you have women that are treated with these applications.”

“Without trust, we cannot make all the positive things happen,” Vestager said. “I think you will see that artificial intelligence is not good or bad in itself. It all depends on why and how it’s being used. It can be used to make a chatbot that is much faster and to give us a better consumer experience. But it can also be used to create fake news … None of the positive things will be achieved if we distrust the technology.”

Despite the group’s lofty ambitions, most of today’s announcements are simply statements of principles and goals. For instance, in a whitepaper released today, the EC proposes the creation of a framework for what it calls “trustworthy artificial intelligence.” But the paper itself only serves as a summary of discussions that have happened to date while outlining future steps toward defining and implementing that framework.

The EC did disclose plans to spend almost $21 billion on AI and data research programs, as well as the platforms that may eventually allow for the pooling of data envisaged by the commission.

While still vague, the policy process has drawn nervous visits from Silicon Valley leaders eager to offer input. In recent years, Europe has played an influential role in setting the regulatory agenda for tech, and as new rules come into focus, they will likely have a big impact on companies like Google, Facebook, Twitter, Apple, and Amazon.

“Europe has been an inspiration to many jurisdictions around the globe,” Vestager said. “We will remain the most open region in the world. When it comes to trade and investment, whoever does business in Europe needs to respect our rules and values while doing business here.”