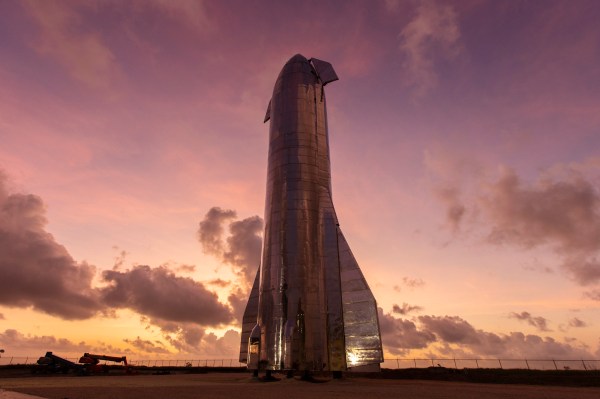 SpaceX’s next-generation spacecraft is already well into development, but CEO and founder Elon Musk clearly would like development to move at an even faster rate. Musk tweeted early Tuesday morning that SpaceX would be hosting a “Starship career day” at the company’s Stargate building in Boca Chica, Texas, where it’s currently working on producing the next Starship testing prototype. Separately, SpaceX also filed paperwork with the FCC seeking permission for communications for a 20km (65,000 foot) test flight with a start date beginning as early as March.

Musk added that the purpose of the hiring fair would be specifically to bring on new people to staff four full production shifts to allow production around the clock for “24/7 operations” at the Texas facility. He did add that SpaceX would also be looking for “engineers, supervisors & support personnel,” but it’s clear the call is primarily to build out the production crews that assemble the Starship prototypes, which likely includes welders and others with experience in fabrication.

This is mainly for staffing up 4 production shifts for 24/7 operations, but engineers, supervisors & support personnel are certainly needed too. A super hardcore work ethic, talent for building things, common sense & trustworthiness are required, the rest we can train.

The latest Starship prototype is currently under construction in Boca Chica, and testing of some of its future components is preceding. This Starship, which SpaceX refers to as “SN1,” is intended to be the first orbital prototype of the rocket, designed for high altitude flight testing. SpaceX previously constructed a sub-scale demonstrator called the “Starhopper” for testing Starship’s engines, and then a “Mk1” prototype which it originally said was planned for flight testing, but which ended up suffering a failure during pressure testing that resulted in SpaceX moving forward with an entirely new vehicle rather than trying to refurbish that one.

Earlier in Starship’s development, SpaceX had been simultaneously developing prototypes at both its Cape Canaveral, Florida facility as well as at Boca Chica, but more recently it shifted its focus entirely to Texas. That means Musk’s previously discussed plans of rapid iteration thanks to building two generations of vehicles at once across both facilities are no longer in effect, which is likely a contributing factor in why he and the company are so keen on increasing the rate of production at Boca Chica.

The stated goal for SpaceX by Musk to fly Starship SN1 in as few as “2 to 3 months” from the end of 2019. These new FCC documents fall just inside of the window at the outside edge of the span they seek permission for the communications related to their flight. They list an operation date range of between March 16 and September 16, 2020.