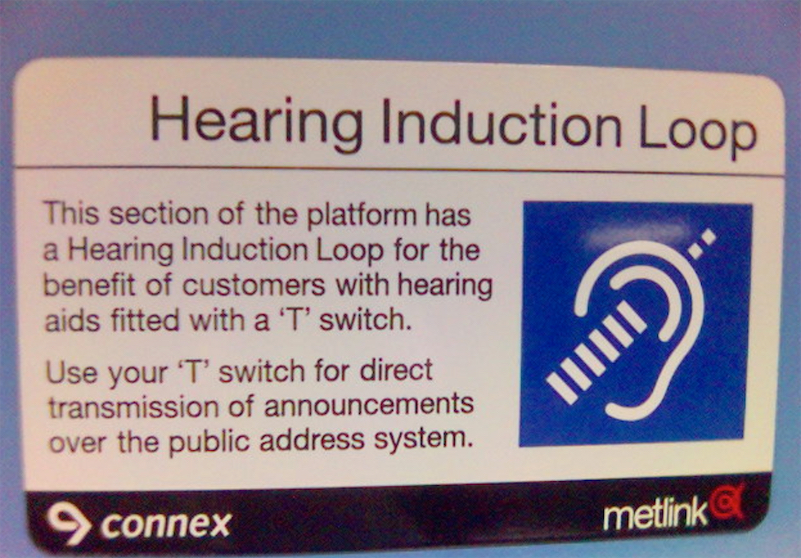 IEEE Spectrum’s David Schneider participates in Quaker meetings where there are many elderly people who, even though they are wearing hearing aids, have a hard time catching comments from others around the room. One common solution to this problem is to provide headphones with FM receivers to pick up the sounds of the microphones. That approach isn’t ideal, Schneider writes, because “a little awkward, in part because it makes you stand out. So Schneider and a friend bought a 1,000 feet (304 meters) roll of two-conductor, 20-gauge wire $125 and homebrewed an audio frequency induction loop that transmits the sound so it can picked up directly by hearing aids that contain a telecoil (T-coil). From IEEE Spectrum:

These hearing aids can be switched to a mode whereby they pick up audio-frequency signals electronically instead of using their built-in microphones. This system for passing the signal wirelessly doesn’t involve radio transmissions—it just uses magnetic induction. Suitable audio induction loops for energizing T-coils are found in all sorts of places, including museums and theaters; even some taxicabs are equipped with them…(S

I constructed an induction coil from a six-turn square loop of magnet wire that was about a half meter on a side (I taped the wire to a flattened cardboard box), using wire of the right diameter to make the loop resistance 8 ohms. I then attached it to the speaker terminals of an ordinary stereo receiver, one that was collecting dust in the back of my garage….

(Encouraged by initial tests and further refinements of the , another friend and I recently placed a similar wire loop in the attic of the building—which was a lot harder than laying it on the floor because we had to snake the wire around an obstacle course of roof trusses and HVAC ducting. We ended up with a loop that’s got a rather complicated geometry and doesn’t lay flat on the joists in many places.

Nevertheless, this cobbled-together induction loop appears to convey signals just fine to hearing-aid wearers below. At least that’s what my retired electrical engineer friend reported when I set the stereo receiver attached to the loop to output a program from our local public-radio station. The only dead spots he found as he walked around the room were in the far corners.

“A DIY Audio Induction Loop for the Hard of Hearing”

In case you don’t know, HackSpace is a terrific monthly maker magazine from the U.K. Published by the Raspberry Pi Foundation, HackSpace includes articles by bunnie huang, Andrew Lewis, Marc de Vinck, Sophy Wong, Bob Knetzger, and many other authors you many recognize from the pages of Make: magazine and other domains of the maker […]

My daughter loves the flip sequin shirts that are all the rage for kids these days. Ekaggrat Singh Kalsi’s daughter digs them too and she inspired his fantastic Sequino clock that “writes and rewrites” the time by flipping the sequins. Kalsi posted his build notes over at Hackaday. Sequino: A Clock Which Rewrites Time Again […]

Love Hultén, who makes retrofuturistic game consoles, built this thing called an EvoBoxx, which lets you play mathematician John Horton Conway’s Game of Life, a cellular automaton he devised in 1970. “The game is a zero-player game,” writes Hultén, “meaning that its evolution is determined by its initial state, requiring no further input. One interacts […]

While we all love our iPhones and iPads, celebrating the releases of their latest and greatest versions, it’s amusing to consider how much we at the same time HATE the main item that keeps these little tech marvels powered up and working. No, Lightning cables don’t exactly inspire feelings of awe and wonder. It’s more […]

Every family is chock full of stories. Stories of history, stories of memory, stories of accomplishment and stories of love. From a grandparent’s tales of life decades ago to a couple’s first meeting to amazing life experiences and moments that you wish could be preserved for future generations. Unfortunately, we all don’t have the literary […]

Minimalism isn’t just trendy, it’s also wise. Clearing clutter and keeping things simple in your home is great for both your mind and for the earth. Bring that movement to your bedside when you replace just about everything on and around your nightstand with the Tree of Light: Wireless Charger + Bluetooth Speaker + LED […]