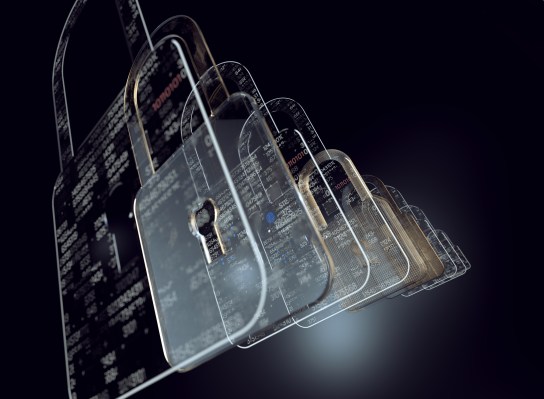 The worlds of artificial intelligence and cybersecurity have become deeply entwined in recent years, as organizations work to keep up with — and ideally block — increasingly sophisticated malicious hackers. Today, a startup that’s built a deep learning solution that it claims can both identify and stop even viruses that have yet to be identified has raised a large round of funding from some big strategic partners.

Deep Instinct, which uses deep learning both to learn how to identify and stop known viruses and other hacking techniques, as well as to be able to identify completely new approaches that have not been identified before, has raised $43 million in a Series C.

The funding is being led by Millennium New Horizons, with Unbound (a London-based investment firm founded by Shravin Mittal), LG and Nvidia all participating. The investment brings the total raised by Deep Instinct to $100 million, with HP and Samsung among its previous backers. The tech companies are all strategics, in that (as in the case of HP) they bundle and resell Deep Instinct’s solutions, or use them directly in their own services.

The Israeli-based company is not disclosing valuation, but notably, it is already profitable.

Targeting as-yet unknown viruses is becoming a more important priority as cybercrime grows. CEO and founder Guy Caspi notes that currently there are more than 350,000 new machine-generated malware created every day “with increasingly sophisticated evasion techniques, such as zero-days and APTs (Advanced Persistent Threats).” Nearly two-thirds of enterprises have been compromised in the past year by new and unknown malware attacks originating at endpoints, representing a 20% increase from the previous year, he added. And zero-day attacks are now four times more likely to compromise organizations. “Most cyber solutions on the market can’t protect against these new types of attacks and have therefore shifted to a detect-response approach,” he said, “which by design means that they ‘assume a breach’ will happen.”

While there is already a large profusion of AI-based cybersecurity tools on the market today, Caspi notes that Deep Instinct takes a critically different approach because of its use of deep neural network algorithms, which essentially are set up to mimic how a human brain thinks.

“Deep Instinct is the first and currently the only company to apply end-to-end deep learning to cybersecurity,” he said in an interview. In his view, this provides a more advanced form of threat protection than the common traditional machine learning solutions available in the market, which rely on feature extractions determined by humans, which means they are limited by the knowledge and experience of the security expert, and can only analyze a very small part of the available data (less than 2%, he says). “Therefore, traditional machine learning-based solutions and other forms of AI have low detection rates of new, unseen malware and generate high false-positive rates.” There’s been a growing body of research that supports this idea, although we’ve not seen many deep learning cybersecurity solutions emerge as a result (not yet, anyway).

He adds that deep learning is the only AI-based autonomous system that can “learn from any raw data, as it’s not limited by an expert’s technological knowledge.” In other words, it’s not based just on what a human inputs into the algorithm, but is based on huge swathes of big data, sourced from servers, mobile devices and other endpoints, that are input in and automatically read by the system.

This also means that the system can be used in turn across a number of different end points. Many machine learning-based cybersecurity solutions, he notes, are geared at Windows environments. That is somewhat logical, given that Windows and Android account for the vast majority of attacks these days, but cross-OS attacks are now on the rise.

While Deep Instinct specializes in preventing first-seen, unknown cyberattacks like APTs and zero-day attacks, Caspi notes that in the past year there has been a rise in both the amount and the impact of cyberattacks covering other areas. In 2019, Deep Instinct saw an increase in spyware and ransomware on top of an increase in the level of sophistication of the attacks that are being used, specifically with more file-less attacks using scripts and powershell, “living off the land” attacks and the use of weaponized documents like Microsoft Office files and PDFs. These sit alongside big malware attacks like Emotet, Trickbot, New ServeHelper and Legion Loader.

Today the company sells services both directly and via partners (like HP), and it’s mainly focused on enterprise users. But since there is very little in the way of technical implementation (“Our solution is mostly autonomous and all processes are automated [and] deep learning brain is handling most of the security,” Caspi said), the longer-term plan is to build a version of the product that consumers could adopt, too.

With a large part of antivirus software often proving futile in protecting users against attacks these days, that could come as a welcome addition to the market, despite how crowded it already is.

“There is no shortage of cybersecurity software providers, yet no company aside from Deep Instinct has figured out how to apply deep learning to automate malware analysis,” said Ray Cheng, partner at Millennium New Horizons, in a statement. “What excites us most about Deep Instinct is its proven ability to use its proprietary neural network to effectively detect viruses and malware no other software can catch. That genuine protection in an age of escalating threats, without the need of exorbitantly expensive or complicated systems is a paradigm change.”