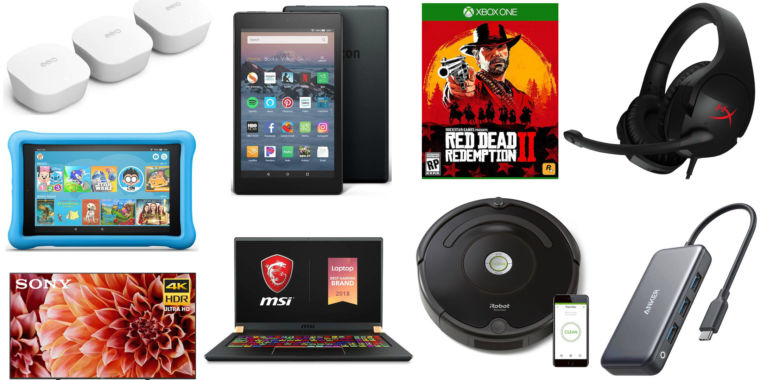 Headlining today’s Dealmaster is a wide-ranging sale on Amazon’s Fire tablets, with many of the iPad alternatives back down to the prices we saw on Black Friday. The offers include the Fire 7 for $35, the Fire HD 8 for $50, the Fire HD 10 for $100, and $40-50 off the more child-friendly Kids Edition variants of those slates.

We’d say the Fire HD 8 and Fire HD 10 are your best bets here, as both come with actual HD screens and are generally faster than the ultra-cheap Fire 7. The latter now charges via USB-C, too.

That said, the usual caveats with Fire tablets still apply here: the so-so performance and plastic builds of these devices are decidedly inferior to anything you’d get with a modern iPad, you still have to deal with advertisements on the lock screen, and no Fire device comes with access to the Google Play Store by default (though it’s still possible to install Google-made apps with a little extra work). The main reason to buy a Fire tablet is price: these are for people who only need a tablet for basic media consumption (or keeping their kids amused) and want to spend as little as possible on something competent. Viewed through that lens, the Fire lineup remains a good value.

If you’re all set on the tablet front, though, we also have deals on gaming headsets and laptops, USB-C chargers, Eero Wi-Fi routers, and much more. Have a look at the full rundown below.

The Dealmaster has launched its very own newsletter! Sign up to receive a shorter, tightly curated list of the very best tech deals on the Web—no nonsense, direct to your inbox, and often before they make it to the Ars homepage.

Note: Ars Technica may earn compensation for sales from links on this post through affiliate programs.