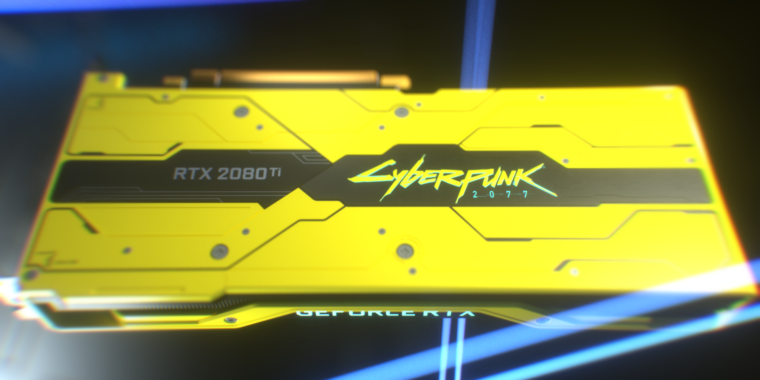 This brings the running total of CP2077 cloud-launch platforms to two. Will that grow?

Thanks to Cyberpunk 2077‘s delay to September 2020, gamers have even longer to decide how they’ll play this highly anticipated game. Existing consoles? The upcoming PlayStation 5 or Xbox Series X? Various PC configurations?

We’re still waiting for more details on the game’s launch strategy (particularly on newer consoles), but one other option just got more interesting: playing this stylish, Keanu-tinged adventure over the cloud. We already knew Google Stadia would have the game in September, but now, Nvidia has confirmed it’s coming on launch day to its own GeForce Now service as well.

On the surface, this availability seems similar to Google Stadia’s offer. If you want to play the (presumably) demanding Cyberpunk 2077 at its “highest quality” settings when it launches and don’t want to pony up for a newer console or PC, you can stream the game as rendered by a server farm and contend with a hit to latency—which we’ve found in our tests ranges from annoying to tolerable to downright unnoticeable. Even with a smidgen of button-tap lag and a hit to bandwidth caps, the results could be easier to stomach than the sticker price of a new piece of hardware.

But Nvidia’s offering adds two lucrative options to the table that Stadia can’t yet match. First up is guaranteed support for Nvidia’s RTX pipeline of DirectX 12-based ray-tracing effects. When you boot CP2077 on a GeForce Now instance, you’ll get to enable the game’s ray-tracing effects… so long as you pay for GeForce Now’s “premiere” membership tier, which currently costs $5 per month (a rate that users can lock into for 12 months if they subscribe as of press time). We’re still waiting for an exact breakdown of how those effects will look in action or comparisons to the non-RTX build, but RTX-pipeline patches for recent games like Control and Wolfenstein Youngblood suggest that the results should look handsome—and GeForce Now is currently a much cheaper path to guaranteeing their rendering than buying a $400-and-up RTX-enabled Nvidia GPU.

Google’s selection of Stadia games, as rendered by AMD GPU instances, do not yet include toggles for ray tracing or global illumination, and we’ve yet to hear any indication that this will change in time for CP2077‘s September launch.

Secondly, even if you don’t pay for GeForce Now’s premiere membership, you can still access the game via Nvidia’s servers at a 1080p resolution… while also retaining a license to download and install the game on a current (or future) PC. This is because GeForce Now syncs with users’ Steam libraries. You won’t have to go into an Nvidia-exclusive store and be stuck with a streaming-only copy of the game. (Ideally, Nvidia wants you to eventually pony up for one of its RTX cards and take your games home with you.) The game’s Stadia edition, on the other hand, will only work via Google’s server farm, as its licenses do not, as of press time, transfer to any other service.

Nvidia did not immediately answer questions about whether it will extend this support to CP2077‘s GOG version. Notably, another major CD Projekt Red game, The Witcher 3, just announced cross-save support between Nintendo Switch, GOG, and Steam.

Why such an early cloud-gaming announcement, when CP2077 is a whopping seven months away? Nvidia may want to assure interested cloud gamers that its service has esteemed publisher support. Only one week ago, Blizzard pulled a bizarre switcheroo by enabling Battle.net games logins when GeForce Now launched, only to yank them away.

There’s also the question of how the game will interface with Microsoft and Sony’s future cloud-streaming plans, with Nvidia wanting to beat them to the punch. The current Project xCloud test, still in closed beta, is a clear indication of Microsoft’s cloud-streaming support within its Xbox ecosystem, but it’s currently limited to Xbox One S rendering levels. We may very well see the Xbox division announce that its streaming service will include higher-end streams equivalent to Xbox Series X rendering quality. If that announcement comes alongside news that CP2077 will get special Xbox Series X enhancements, that could make an Xbox purchase of the game all the more enticing. The same goes for Sony and its PlayStation Now streaming arm.

To be clear: CD Projekt Red has yet to announce any plans to port special versions of CP2077 to Xbox Series X or PlayStation 5.