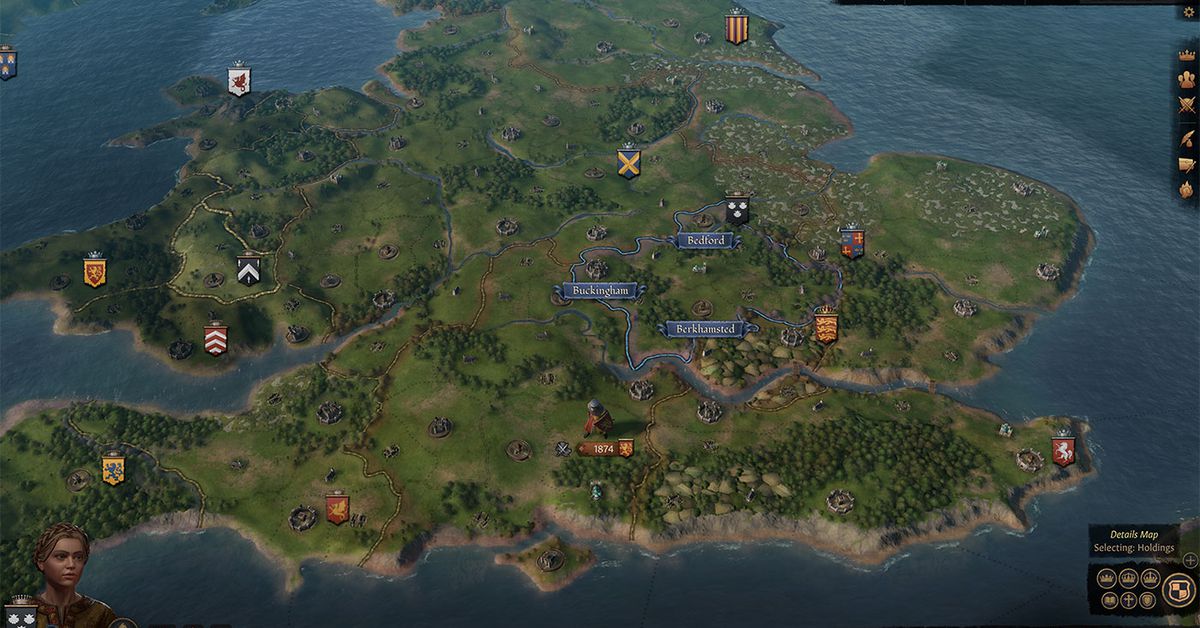 The developers behind Crusader Kings 3 are back for another monthly deep dive into their work on the grand strategy game, and this video is about the lifestyles system that will help players develop deep, emergent stories in their alternate histories. Among them is the chance to get busy with His Holiness.

Players will be able to choose from five lifestyles for their rulers, and those lifestyles have three perk trees and three foci, which carry bonuses supporting a wide variety of lifestyles. Paradox Interactive went over these in an even more detailed series of blog posts over the past month, too.

Broadly speaking, that means there’s a Learning lifestyle, and players may choose a focus in Medicine, Scholarship, or Theology. The other lifestyles are Stewardship (basically, how you run your dominion); Diplomacy (how you run someone else’s) and Martial (how you throw down).

Yeah, yeah, boooooo-ring. I’d rather learn more about the INTRIGUE LIFESTYLE, where players may specialize in Skulduggery, Temptation, and Intimidation/Torture, categories that should be self-explanatory. Temptation is what I came here to talk about, because the seduction scheme is coming back from Crusader Kings 2 in a big way. This time, not only are your lovers less likely to kill you, they’re more likely to take a knife that would kill you, so don’t get too attached to anyone.

Somewhat hilariously, it looks like all NPCs are on the table when it comes to seduction targets. That includes the pope! In a Discord conversation earlier this week, developers said even the pope may be seduced “and there’s a special event for it.” For more on how events work, Paradox published this dev diary back in January.

Players who have better ideas for Crusader Kings 3’s lifestyles of the rich and ruthless will appreciate that the perk trees are all fully moddable. That includes granting immortality, instead of leaving things to your heirs to either clean up or make worse.

Crusader Kings 3 is coming sometime this year. Paradox Interactive hasn’t said exactly when, but when the game does launch, it’ll be on Windows PC via both Steam and Xbox Game Pass for PC.