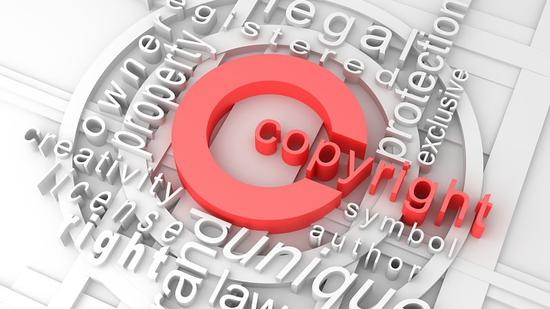 Financial story generated by Tencent’s algorithm copied without its permission

A court in Shenzhen, Guangdong province, ruled recently that a work generated by artificial intelligence qualified for copyright protection.

The ruling came after tech giant Tencent sued an online platform that provides loan information for copying an article written by Tencent’s robot Dreamwriter without authorization.

Given that the defendant had removed the infringing work, Shanghai Yingxun Technology Company was ordered to pay 1,500 yuan ($216) to Tencent for economic losses and rights protection.

Dreamwriter is an automated news writing program based on data and algorithms developed by Tencent in 2015.

On Aug 20, 2018, Dreamwriter wrote a financial report including that day’s Shanghai index, foreign exchange and capital flows. The article, published on the Tencent Securities website, noted that “the article was automatically written by Tencent Robot Dreamwriter”.

Shanghai Yingxun Technology Company later copied the article onto its own website.

The court said that the article’s form of expression conforms to the requirements of written work and the content showed the selection, analysis and judgment of relevant stock market information and data.

It said that the article’s structure was reasonable, the logic was clear and it had a certain originality.

The court didn’t say whether the Shanghai company would appeal. With the development of artificial intelligence, the technology has been used to generate some traditionally creative works such as music. However, whether such works should be protected by copyright is still debatable.

According to an article published by the World Intellectual Property Organization in 2017, case law in the United States specifies that copyright law only protects the fruits of intellectual labor that are founded in the creative powers of the mind. In addition, a court in Australia also declared in a case in 2012 that a work generated with the intervention of a computer could not be protected by copyright.

“According to our copyright law as well as some international conventions, the definition of a work first emphasizes that the creation is original, reproducible and produced based on human intellectual activity. So human intelligence is the core and premise,” said Wang Guohua, a lawyer at Beijing-based Zhongwen Law Firm.

He said if content was produced by machines after people typed in some keywords, then the machines should be the author rather than human intelligence and the content should not be protected in the sense of copyright law.

“Since machines can be used by anyone and generate the same content under the same keywords, we need to think about what exactly the copyright law protects-the intellectual activity of choosing keywords or a work really created by human intelligence,” he added.